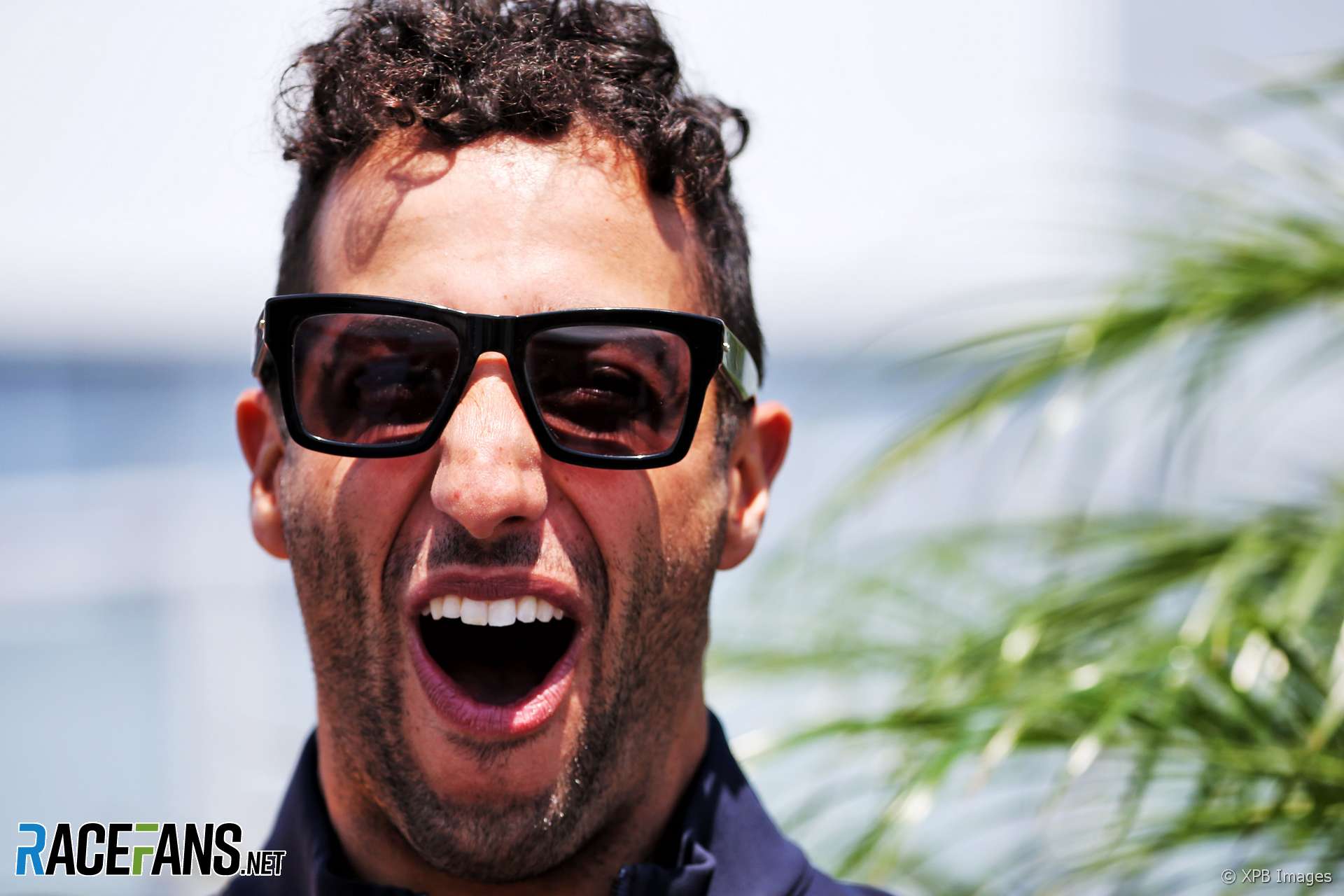 Daniel Ricciardo says he will try to get through the Canadian Grand Prix without collecting a grid penalty for using another power unit component.

Before the weekend began Red Bull’s chief technical officer Adrian Newey said Ricciardo will definitely have to take a penalty. The car’s MGU-K suffered damage during the Monaco Grand Prix and Ricciardo will receive a 10-place grid penalty if he uses another new one.

However the F1 driver told media at the Circuit Gilles Villeneuve he will re-use an old MGU-K this weekend in the hope of avoiding a penalty.

“I’ve been told there’s no penalty,” said Ricciardo. “If something happens tomorrow in practice and we’re forced to change something, then I’ll get a penalty. But for now we’ve still got enough parts to run, and if it runs reliably, we’ll do the whole weekend with it.”

Ricciardo wanted to avoid taking a grid penalty in Canada because he expects overtaking to be difficult on Sunday and predicts the track will suit Red Bull better than some other circuits.

“When I heard whispers about taking a penalty here I was like ‘I’ll take it Paul Ricard but not here’,” he said.

“This is such a difficult circuit for overtaking, obviously having such good momentum at the moment I think a penalty would really take the wind out of our sails. If we can escape this weekend without it then I’d rather take it somewhere else.

“The earlier we take a penalty then maybe we have to take another one before the year is out so we’ll try and delay it as much as we can,” he added.

“We know that especially coming here with the hyper-softs, we were good on the hyper-soft in Monaco, maybe it gives us another chance this weekend to have a strong race. We feel, on paper, this circuit should suit us more than maybe a couple of the others coming up.

“And winning two in a row would be nice, so we’ll try. Starting 15th, it would be very unlikely.”

10 comments on “No grid penalty for Ricciardo in Canada – yet”