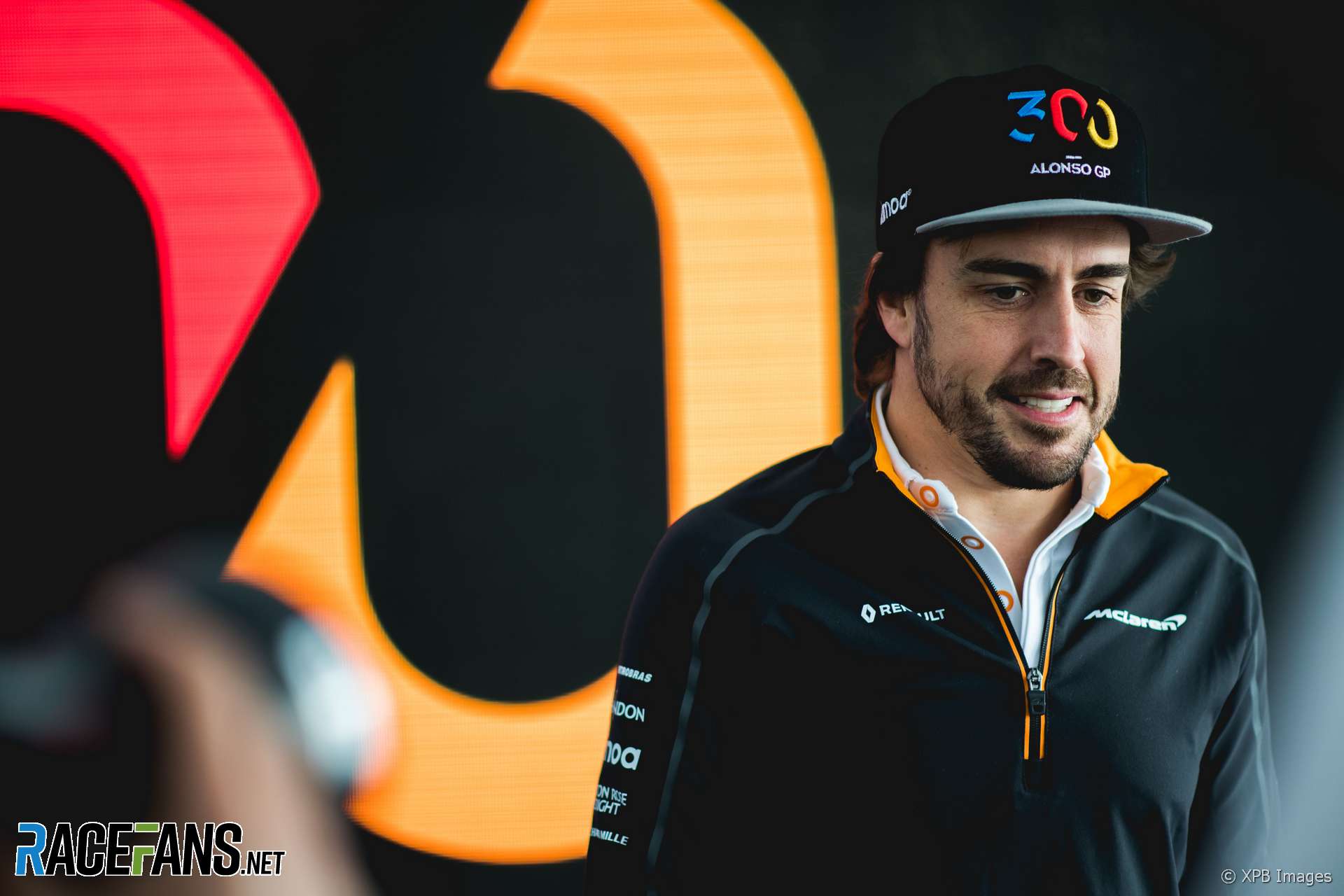 Fernando Alonso says he isn’t “bored” by F1 and expects to continue long beyond his 300th event this weekend in Canada.

The McLaren driver has recently begun competing in other championships and criticised how predictable F1 has become. But he denied he intends to leave the sport’s top flight.

“I’m not bored,” Alonso told journalists in Montreal. “It’s obviously the top series in motor sport. It’s where we all dream to come one day when we are go-kart drivers.

“But it’s true that in the last years, especially with the turbo era, things are so predictable. This is race seven, there are 21 races, and we all know what is going to happen in the next 14 races. This is very sad for the sport.

Alonso said he isn’t done with F1 yet. “I already signed last year,” he said. “It is a multi-year contract. I have many more years.”

Reflecting on his career so far, Alonso acknowledged he might easily have won more than his two world championship titles.

“I know that there are some opportunities missing in the past. We could have won probably four or five championships by, I think, seven points one time and then three and three, something like that.

“At the same time I feel extremely privileged to have 18 years in F1. I know there are drivers here that I race against, I see them on the track, I see their previous categories, and they never experienced even a podium. I see my team mate now, Nico [Hulkenberg], Carlos [Sainz Jnr], I see a lot of talented drivers that didn’t even score a podium.

“At the same time we missed some opportunities but I’m happy with the things I have done.”