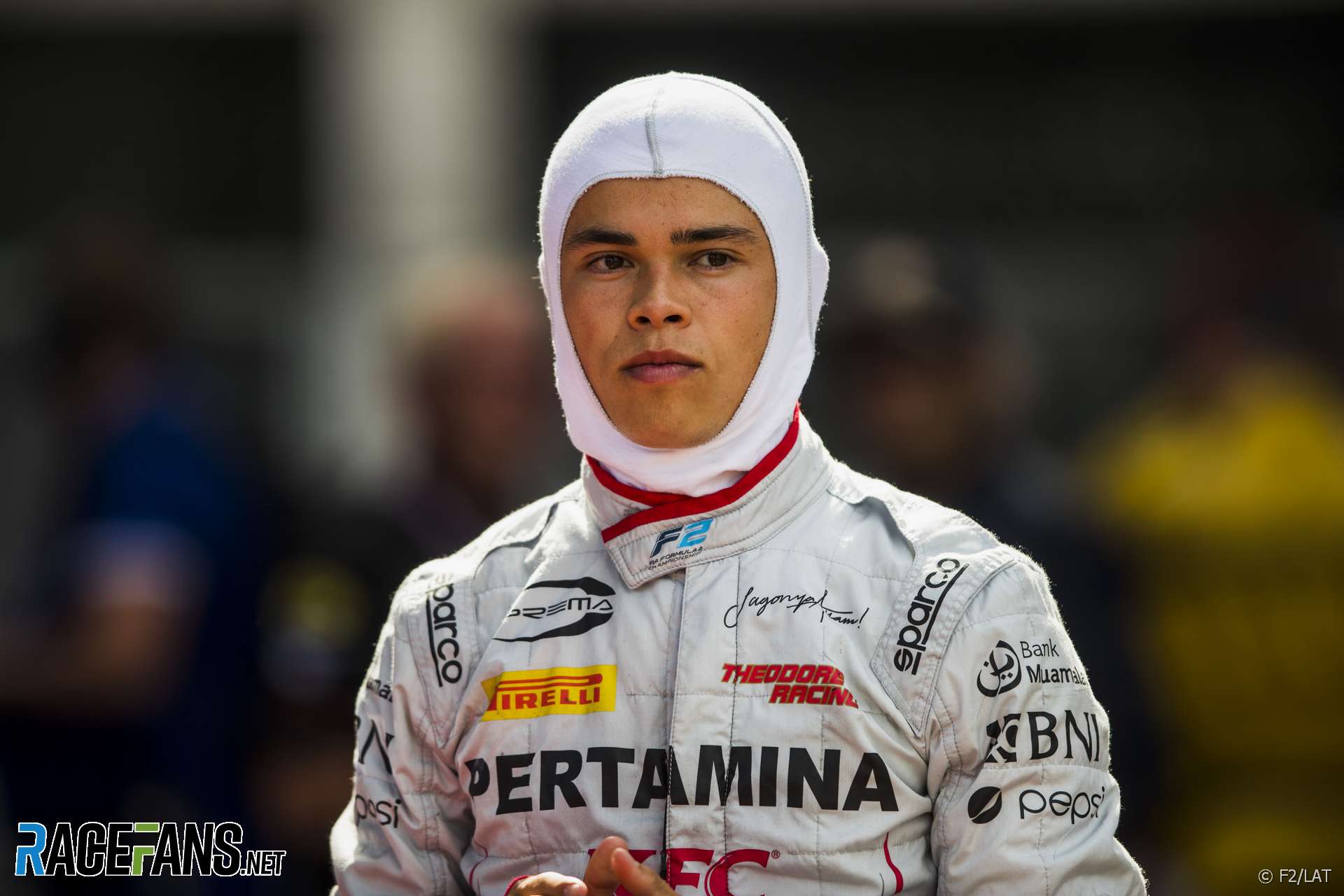 In the round-up: McLaren racing director Eric Boullier says the team will give its test driver Nyck de Vries more time to show what he can do in Formula Two.

De Vries is sixth in the F2 championship at the moment, 52 points behind McLaren’s other test driver Lando Norris, who leads the standings. Here#s what Boullier had to say about De Vries:

He’s been with us for a long time. He is doing first a job in the simulator, that’s part of his role linked to the Formula One team, and he’s one of the very few drivers we use over either a race weekend or between races to develop [our] simulation.

He’s in the [F2] team who won the championship last year, a team where he can deliver. I think he showed good pace but also a few mistakes. He should have more points than I guess he currently has in the standings. So I think we need to give him a little bit more time and see if he can deliver the pace he has.

Congratulations @fia ! You finished the job.. One of the most iconic corners in history have now been destroyed. #PorscheCorners pic.twitter.com/gmlcHhniio

"'The situation around Brendon is not pleasing,' Marko told Speed Week. 'We will go through this in peace and see what we can do in the future.'"

Vietnam Grand Prix? Hanoi should swerve Formula One instead of wasting millions pretending to be a mini Monaco (South China Morning Post)

"Vietnam may now be considered a middle income country, and no longer one of the poorest in the world, but it’s a questionable call for the government to sanction a flashy race with expensive cars when the World Bank has been financing investments in roads and transport, let alone to increase access to basic services like water and sanitation."

Charles Leclerc point out that some of his fans don’t understand he doesn’t have a winning car. Is that so unusual in sport?

I can think of some, albeit in a bit of a different way. In football (AKA soccer) for instance, there may be some great players who are scoring all the time, but they do not win the champions league because they are not playing for one of the few teams who are in that league.

In (road) cycling as well, there are some riders who are really fast, or great climbers, but they do not win the Tour de France because that is more of a team effort as well.

Or, in a different vain: a single employee in a 500+ employee company cannot beat the competition on her or his own. It’s a company effort and many different ‘gears’ of that machine need to work together.

These are my analogies that I use when someone asks me why driver X is not winning in F1.
Hans (@Hanswesterbeek)