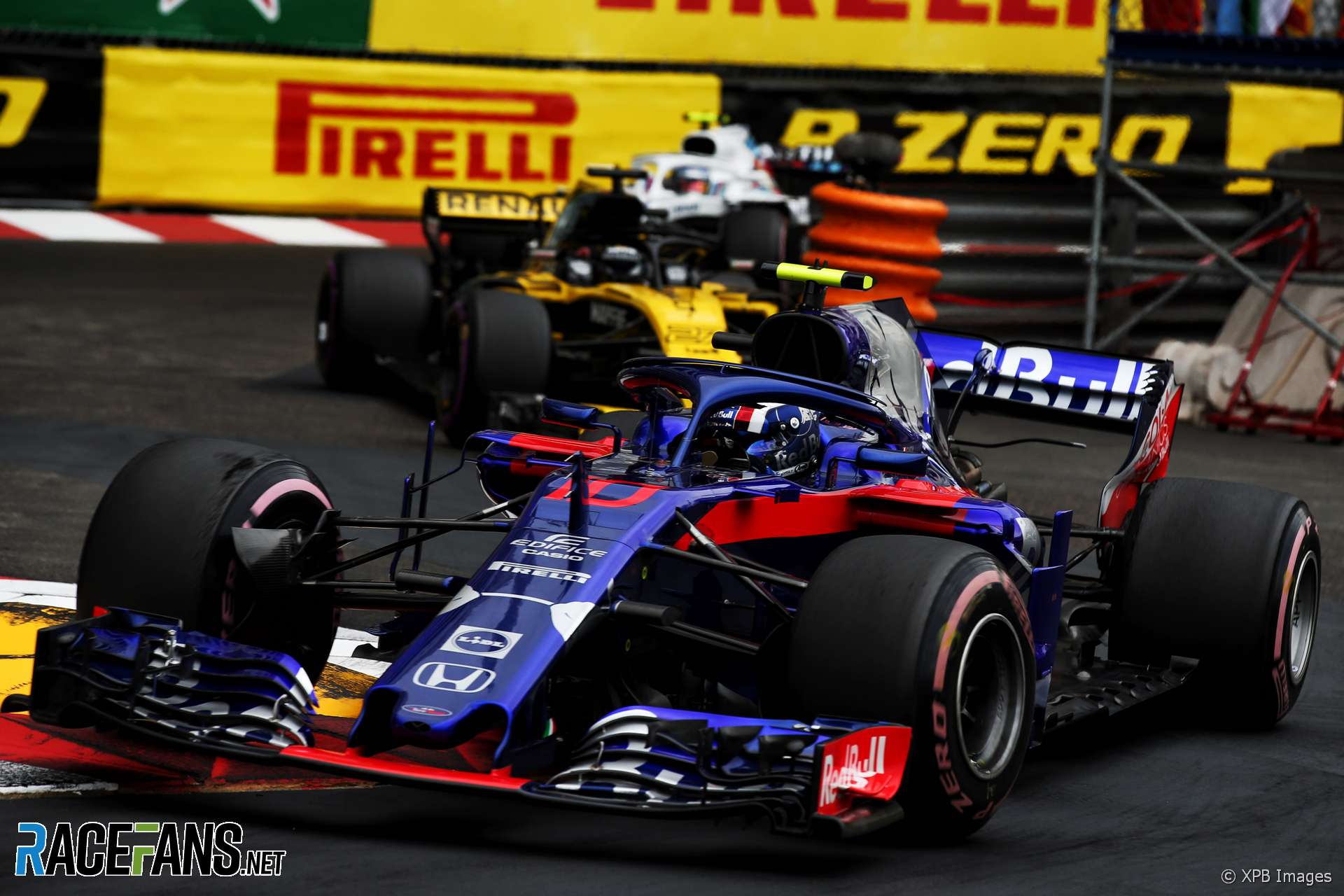 Pierre Gasly says it was “unbelievable” how long he was able to run on the hyper-soft tyres during the Monaco Grand Prix.

The Toro Rosso driver did the longest stint of anyone on the softest compounds, 37 laps, having already run the same set for six laps in qualifying.

“[It’s] quite unbelievable how many laps we did with the hyper-soft in the first stint,” said Gasly.

“Before the race I wasn’t confident at all with the tyres because we saw in practice that the degradation was massive. I tried to take really good care of the tyres at the beginning of the race and when everyone pitted I started to push and we were just faster than all the guys who had pitted, who put the super-softs or ultra-softs on.

“We were really fast and we managed to make some positions with the pace we had. To gain three positions – two without Alonso – in Monaco we know is really tough. I’m really pleased about it, especially for my first Monaco race in Formula One.”

When he finally made his pit stop Gasly switched to the super-softs. He admitted he was concerned about the threat from Nico Hulkenberg behind in the closing laps when the Virtual Safety Car was deployed.

“After the Virtual Safety Car I was a bit worried because with lower temperature the super-soft takes a bit longer to warm up, and he had the hyper. But we’re in Monaco so I knew if I go a bit in the middle of the track he could not do anything, so I just try to focus not to do any mistake and then it was fine.

Gasly admitted he “wasn’t good at” making the Pirelli tyres last when he first race on them. “Until my second year in GP2 I had to learn a lot with the Pirelli tyres and I changed a bit my way of driving, and my approach in the race.

“On a day like today it paid off. You just need to be as smooth as possible with the tyres and the way you drive.”

“You need to be really careful on braking, not to have any locking,” he explained. “Try to be as smooth as possible with the steering not to scrub the front axle in the middle of the corner be gentle with the throttle. You need to do that and at the same time be fast. It’s not easy.”