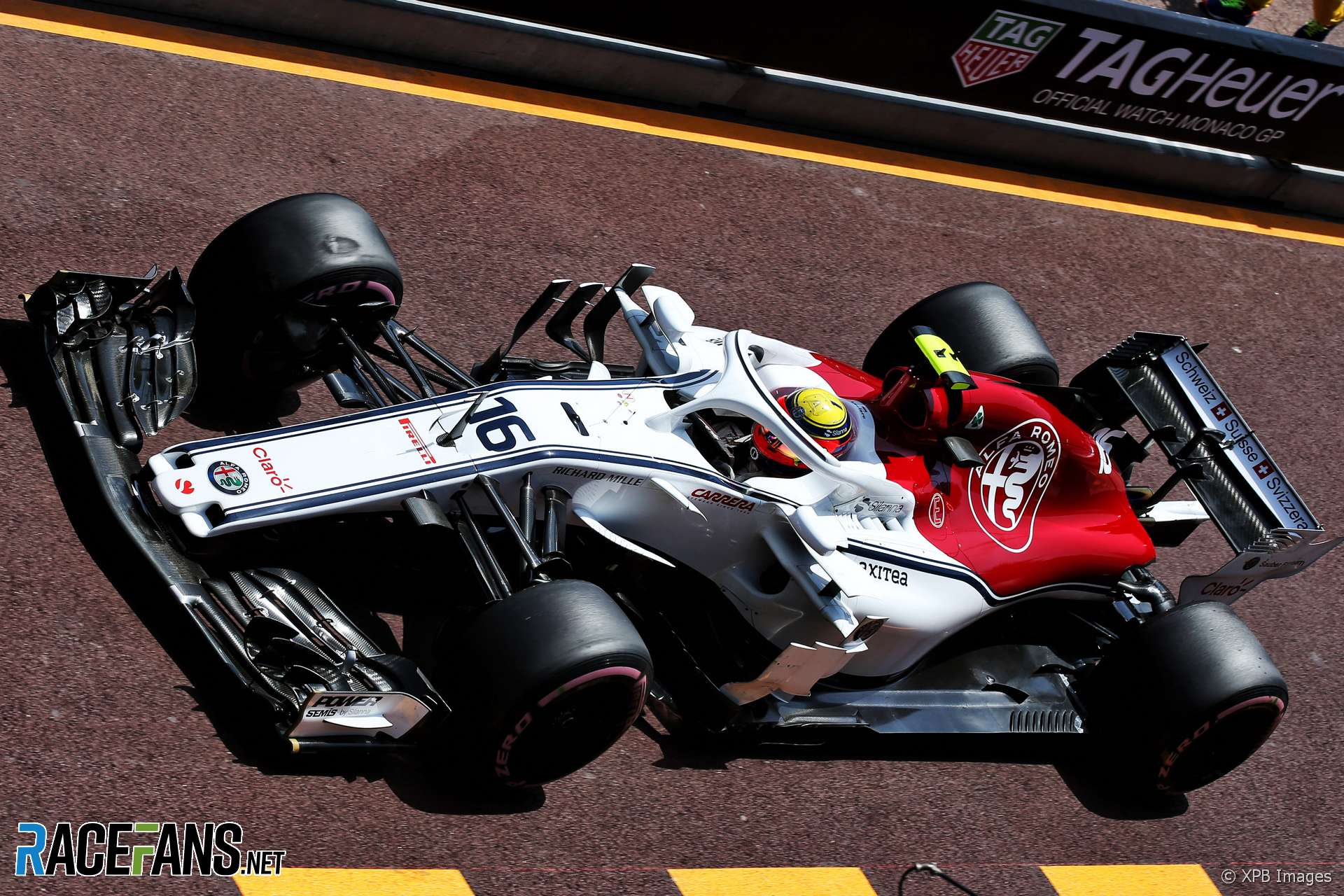 Two weeks ago in Spain, Haas posted the biggest year-on-year lap time improvement of any team. They did the same in China, underlining the progress they have made with the VF-18.

So it comes as a surprise to see them at the opposite end of the graph this weekend in Monaco. Romain Grosjean reached Q3 last year, setting a best lap of 1’13.203 on the way. Twelve months on he was last in Q2, posting a best of 1’12.728.

But it was his impressive rookie team mate Charles Leclerc who delivered again in qualifying. He was fractionally quicker than Grosjean’s Haas – and 2.4s better than Sauber managed in 2017.

Sauber is the fourth different team to have made the biggest-year-on-year improvement at a track this season, joining Haas, Renault (Australia and Azerbaijan) and McLaren (Bahrain).

The hyper-soft tyres seem to have done their job. Monaco has seen the second-largest gain in lap time compared to last year, after the Circuit de Catalunya which was resurfaced:

The result is Daniel Ricciardo set the fastest lap ever seen on any configuration of the Monaco circuit.

But hopes they might break the 70-second barrier next year are likely not to be realised, as the FIA has already indicated aerodynamic changes to aid overtaking are likely to add one-and-a-half seconds to lap times: