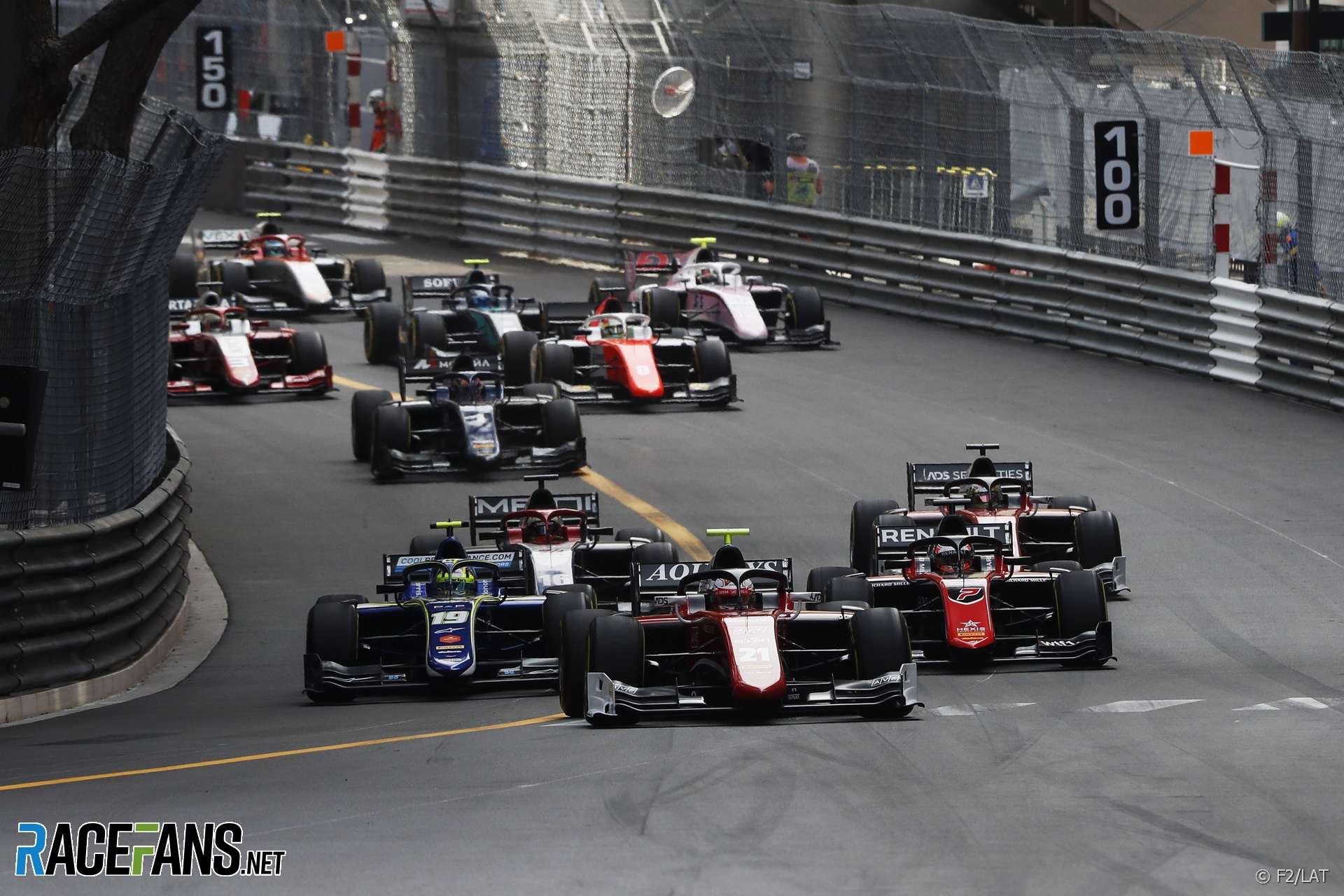 Antonio Fuoco led a half-depleted field to the chequered flag after a chaotic Formula Two sprint race in Monaco.

The drama began immediately as Tadasuke Makino and Nyck de Vries stalled on the grid, the former being hit from behind by an un-sighted Luca Ghiotto. Remarkably, neither picked up significant damage. Up front Lando Norris jumped Jack Aitken for second at Sainte Devote before the virtual safety car appeared for the incident on the start line.

The track was quickly cleared by the ever-impressive Monaco marshalls, and racing restarted on lap two. It was far from ideal for Aitken however, as the ART driver began experiencing engine gremlins and slipped down the order, eventually retiring.

Sean Gelael was the next driver to exit the race, crashing down from the high of his maiden podium yesterday by launching over the kerbs at the first part of the swimming pool section and hitting the wall hard on the outside. The resulting debris required the safety car, which stayed on track for four laps to allow the back markers to unlap themselves.

A slow restart from Norris saw him slip back from Fuoco and into the clutches of Louis Deletraz and Arjun Maini, but the two drivers vying for their maiden podiums were coming under increasing pressure from yesterdays winner Artem Markelov. The Russian Time driver launched a great move on Maini down the inside of La Rascasse, taking fourth place.

In just a handful of laps Markelov caught Deletraz, but the Charouz driver was not about to give his maiden podium up without a fight. Markelov attempted a number of unique overtakes; around the outside of Sainte Devote, up the hill and around the outside of Casino and into the final corner, but could not find a way past Deletraz’s brilliant defending.

The virtual safety car appeared again on lap 20 as George Russell completed a miserable weekend by hitting the same wall as Max Verstappen on the exit of the swimming pool, while behind Ralph Boschung added to the ever growing list of retirements when his car stopped down the hill to Portier.

Markelov’s attempt on third place continued to no avail, and ended when yesterday’s pole sitter Alexander Albon hit the back of Roy Nissany into the chicane putting both out of the race, and calling the safety car with just four laps to go. The race went back to green to run a final pair of laps but the action didn’t last long as Nirei Fukuzumi and then Santino Ferrucci ran wide and got stuck at La Rascasse, calling another safety car to end the race.

That protected Fuoco’s lead and enabled him to take his Charouz teams maiden victory ahead of Norris, while Deletraz took a fantastically fought third place ahead of Markelov, Roberto Merhi, Maini, Maximillian Gunther and Nicholas Latifi, with just two cars that crossed the line failing to score points.

3 comments on “Fuoco wins race of attrition in Monaco”