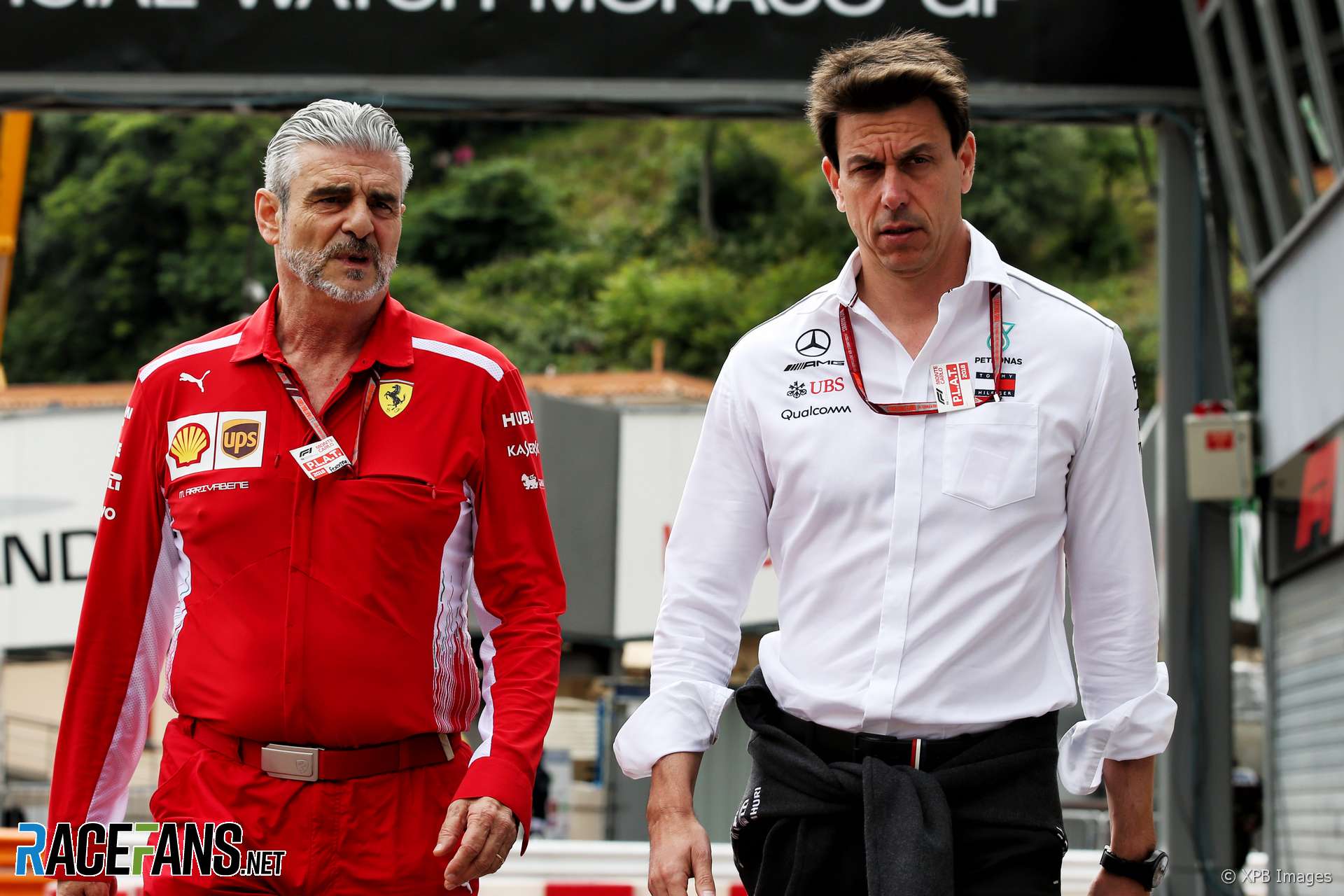 F1’s engine manufacturers have agreed to a key part of Liberty Media’s plan for new power unit regulations in 2021, according to Mercedes executive director Toto Wolff.

Following yesterday’s meeting between the teams, the commercial rights holder and the FIA, Wolff confirmed the manufacturers have dropped their opposition to removing the MGU-H from the future power unit specification.

“We have given up on some of the standpoints,” revealed Wolff. “We have accepted to lose the MGU-H.”

The manufacturers have invested heavily in the MGU-Hs, which is considered one of the most advanced features of the current hybrid units and contributes more than half of its electrical power. But removing it is expected to help make the cars and the racing more spectacular.

“We think [dropping] the technology is a step backwards,” said Wolff. “But in terms of achieving compromise for the benefit of the spectacle the H going [means] the revs going up, the fuel limitations going, I think we will have a louder engine, [and] we will not be limited by fuel.

“It’s not the most sustainable message we’re sending out but we can understand it from a spectacle standpoint. It is something you need to consider and accept.”

Wolff added he strongly opposed a suggestion that all fuel flow limitations should be removed from the power units.

“I had a bit of a moment in the Strategy Group – I think you know that, where I needed to speak to my anger management psychologist – when we talked about getting rid of all fuel flow limitations that we have, all fuel allowances and just completely open it up from the get-go now.

“I think this, we cannot close our eyes to what’s going on in the world. Hybrid energy recovery systems happen on roads cars, they need to happen in Formula One in my opinion.

“But equally we have to understand what the fan is interested in. And I think it needs the technology message, it cannot go without the technology message in Formula One but it needs to be at a level where we recognise that spectacle is important and shocking your senses with an engine sound is maybe something that we can improve.”

The parties are now “really close on being able to tick the box” on the 2021 engine rules, said Wolff.

“On most of the topics we have found an agreement,” he said. “There is discussion around dyno limitations. We don’t want to continue to outgrow each other with more infrastructure.”

“The only major thing which we need to solve is we’re still spending a lot on engine development and what we need to avoid is double spending over the next years: continuing to develop the current engine and then also doing the new one.”

Following the concession from the engine manufacturers on the MGU-H the FIA is aiming to finalise the 2021 engine regulations within two months.

McLaren Group CEO Zak Brown he was “encouraged that Jean Todt gave us a commitment that we’ll have the engine regulations in place by the end of June.”

“We’ve been looking for some definitive timelines,” he said. “I think they demonstrated that they’ve listened to the teams between when they rolled out their plans in Bahrain to today.

“They went through what they rolled out, told us what they heard, gave us some views. So that was encouraging. And now I think the teams are anxious to see not only the engine regulations put in place but the balance of the governance, the economic, the sporting to follow quickly because we all need to adapt to what will clearly be a new Formula One in 2021.”