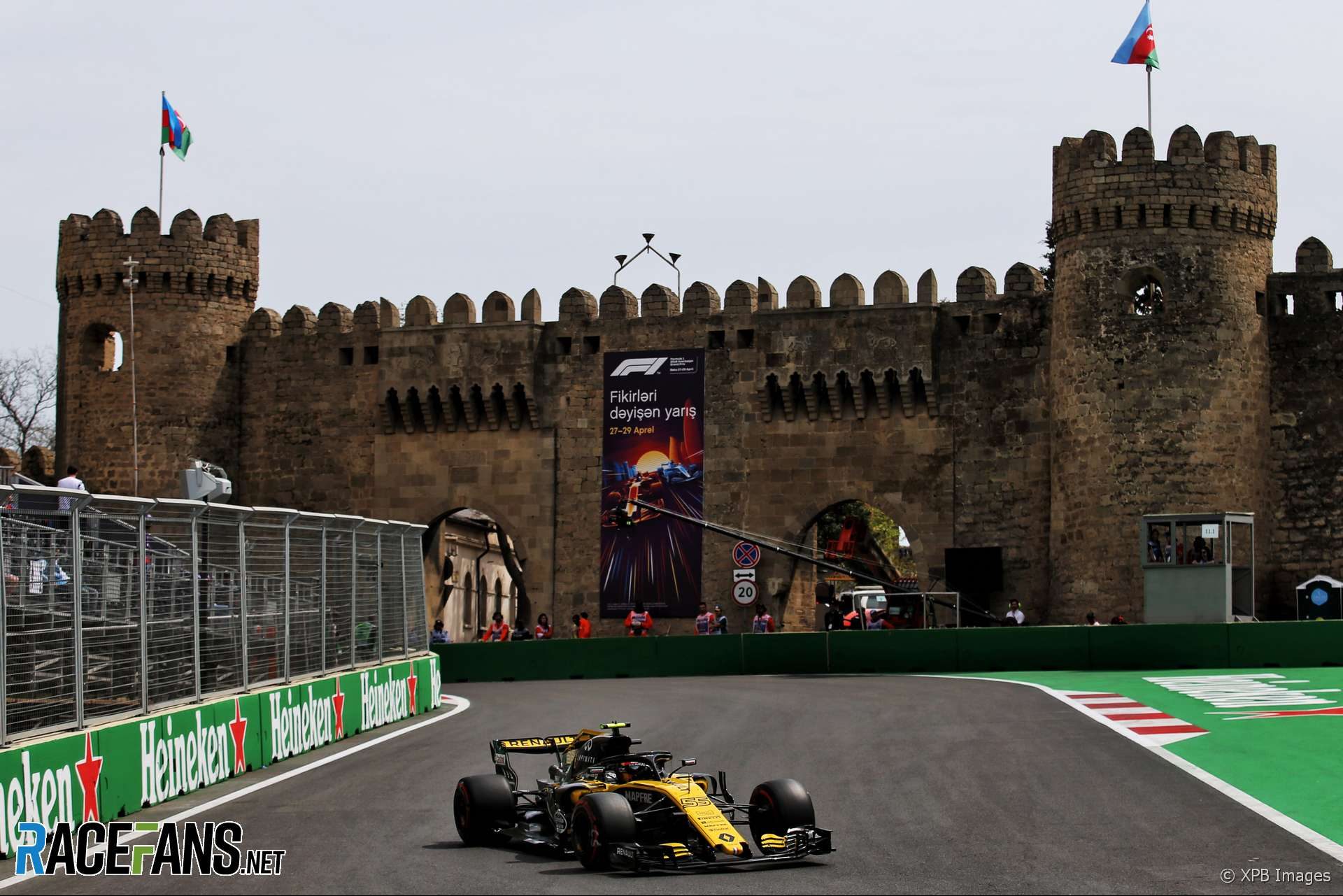 Carlos Sainz Jnr says the Baku circuit in Azerbaijan rivals Monaco as one of the hardest tracks for an F1 driver to master.

The Renault driver said the combination of Baku’s unusual configuration, long layout and the difficulty of getting a clear lap in practice adds to its challenge.

“[In] Monaco you do many laps during the weekend and it’s such a short track that you can actually get very well into a rhythm,” said Sainz. “[In Baku] with the yellow flags, with the low grip, low downforce, after every braking zone, after every lap you feel you could have gone two or three tenths faster.”

“In Monaco you get to a point where you say ‘OK I cannot push more than this I’m really at the limit’. [In Baku] you always have that feeling that you could have always gone a bit quicker.”

Sainz finished fifth in this year’s Azerbaijan Grand Prix. Team mate Nico Hulkenberg crashed out when his handling was affected by a gust of wind. Unpredictable conditions add to the difficulty of driving in Baku, Sainz said.

“It’s a bit of a lottery ticket, because sometimes you go into a corner there’s a gust and there’s no way you can turn the car in,” he said. “It really affects [the car] a lot.”

“It is something that is a lot more difficult than people can imagine because of the inconsistent-ness. It is throwing another variable in to a Formula One car in a street circuit which is particularly difficult.”

Sainz likened the Baku circuit to the Macau Guia street track which he raced on in Formula Three.

“The infield is probably not as [much] fun as Macau, but it is very similar. There is very little downforce on the cars, you still need to brake very late into a lot of corners, you still need to drive at 100% with very low downforce between the walls and that long straight with slipstreams reminds me of Macau.”