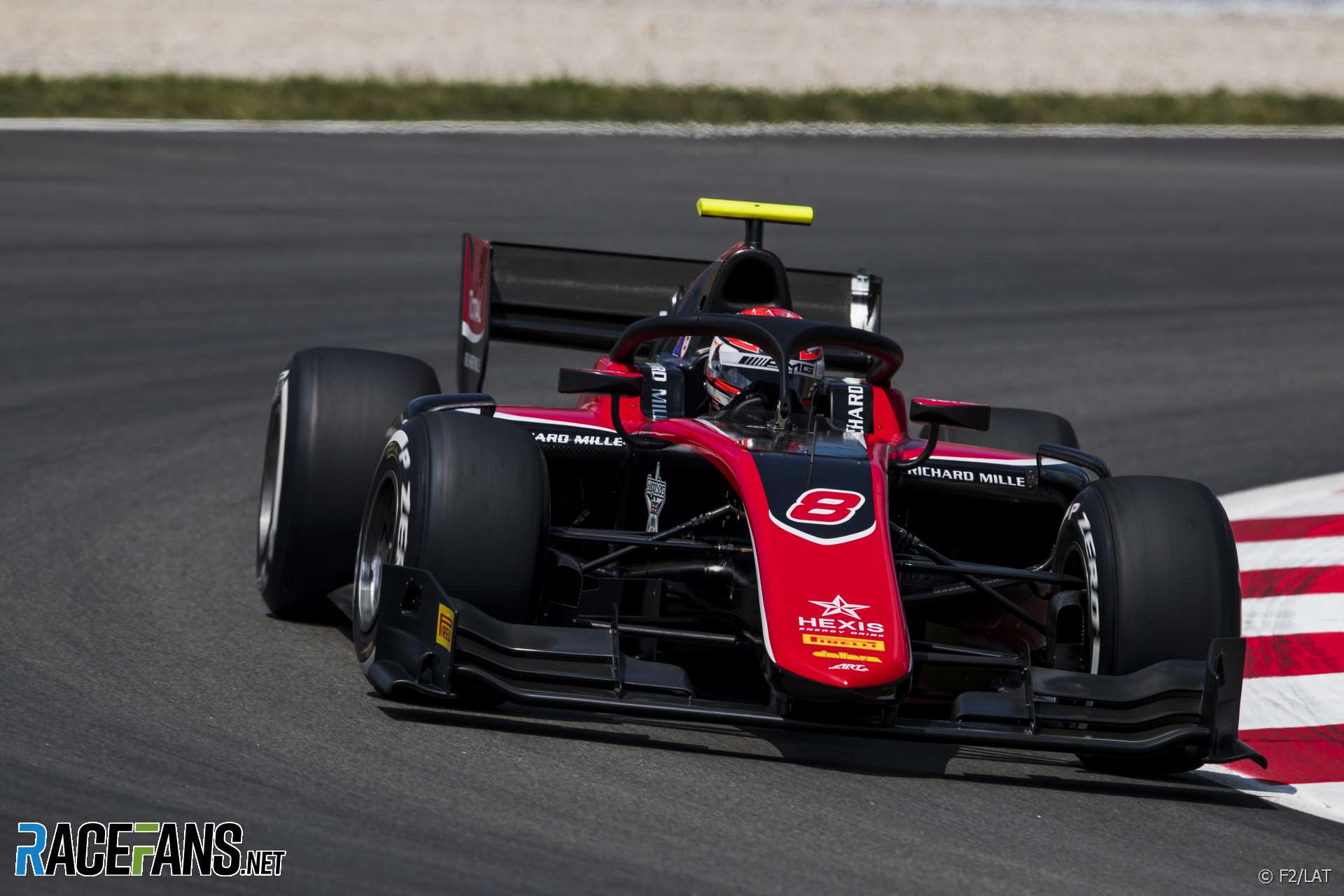 Spots of rain began to fall as the cars lined up on the grid to start the formation lap, with impressively the entire field getting away following the fix introduced since the last race in Baku. This was nearly replicated at the race start but Nicholas Latifi stalled while team mate Alexander Albon struggled away from pole and slipped to fourth, allowing Nyck de Vries to surge into the lead.

The racing did not last long however as an incident at turn two saw Maximilian Gunther spat into the gravel and a virtual safety car called to neutralise the action. The racing restarted on lap four with Albon taking immediate action, recovering to third past Luca Ghiotto.

Up ahead Russell was pressuring de Vries for the lead, and made a dive down the inside at turn one to take the top position. Shortly after however the racing was once again neutralised with a virtual safety car, as a collision in the braking zone between Roberto Merhi and team mate Ralph Boschung saw the latter skate off into the barriers on the outside of turn one.

It was during this period that Russell decided to rip out and throw his drinks pack out of the car, commenting after the race that he was struggling to turn left because of it. The announcement came shortly afterwards that the incident would be investigated after the race. Not long after racing restarted a third Virtual Safety Car was called as Arjun Maini slipped off the road in damp conditions, running wide at turn five and clipping the barriers.

As the race got going Jack Aitken became the first of the leaders to dive into the pits, undercutting Lando Norris and moving into a net fifth place. The pair were the only two to start on the soft tyres, and slipped back to ninth and tenth, but Norris soon reversed the undercut with a very late move into the turn ten hairpin.

Albon was the first of the medium shod runners to pit but missed his cue and had to complete another lap, slipping behind Norris and Aitken as a result. Meanwhile up ahead Russell and de Vries pitted from the top two positions, but were able to hold on ahead of the charging Norris.

The final virtual safety car was called when Louis Deletraz drifted across the track at turn one and into the side of Sean Gelael, who had been attempting a move down the inside, putting both out of the race. A lengthy caution period followed and the race became a timed event with just five minutes on the clock once the virtual safety car ended.

On the first lap back racing de Vries threw a wild move up the inside of Russell at turn five in a bid for the lead, but skated wide and allowed the Mercedes junior back through. It was an advantage he kept until the end, with Norris completing the podium ahead of Ghiotto, Albon, Aitken, Sergio Sette Camara, Artem Markelov – who fought through from nineteenth on the grid to take reverse grid pole for tomorrow’s sprint race – Tadasuke Makino and Antonio Fuoco.