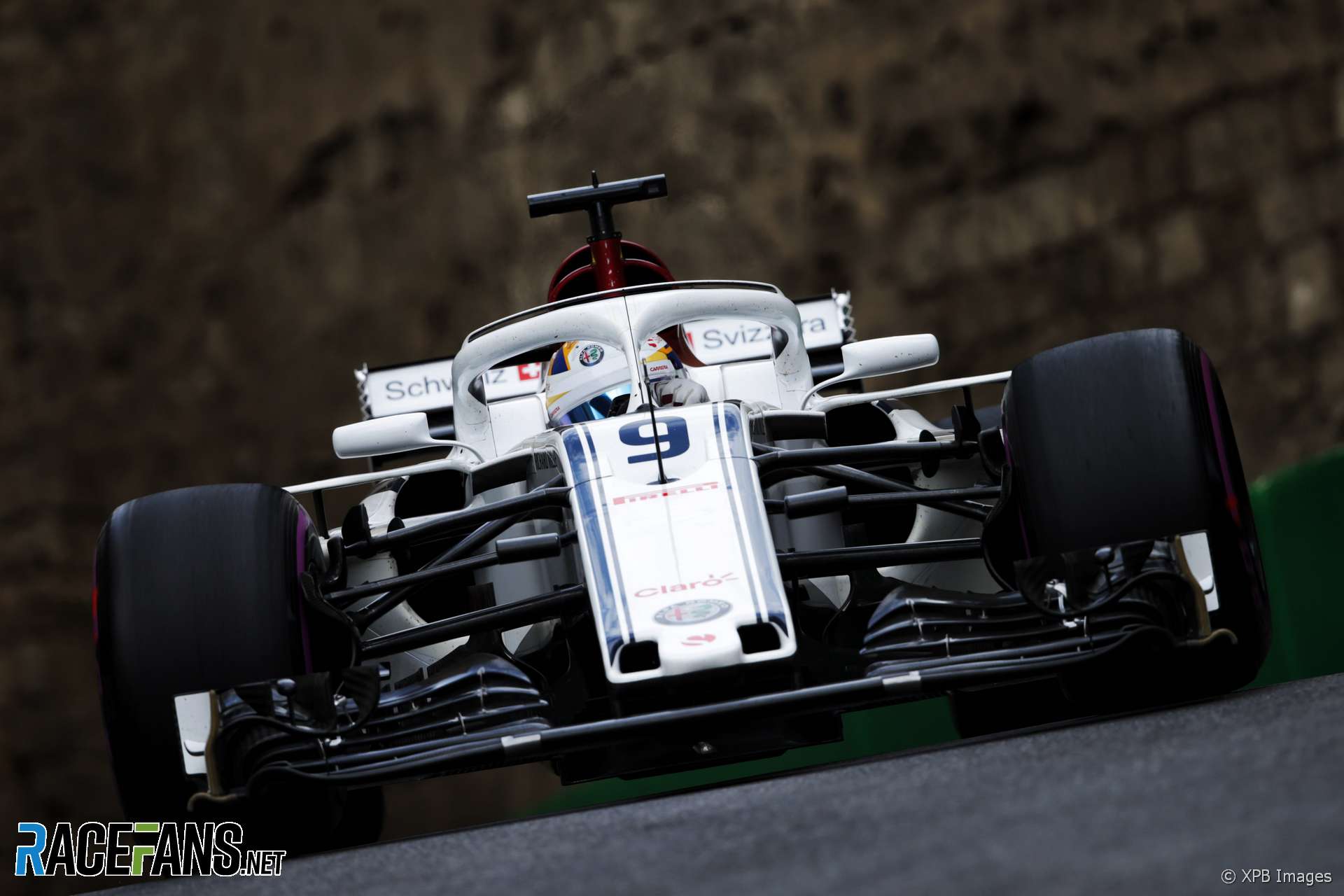 In the round-up: Marcus Ericsson says Sauber hasn’t got to grips with F1’s softest tyres so far this year.

Ericsson says the Sauber is more competitive in races than in qualifying:

It’s clear we are struggling more over one lap than on race pace. Charles [Leclerc] did a very good job in qualifying but still I think we are stronger for sure in the race.

We are still struggling with the softer compounds. I have a feeling that for some reason we haven’t found a way to optimise them yet. That’s for me the main priority now that we need to find an extra bit of performance on Saturday because I really feel on Sundays we have a good car to fight the midfield.

Charles’ pace was really strong compared to the cars around him. I really feel confident that if we have good track position for the race, starting in the mix, we can have strong races. But obviously these days you need a good starting position. We need to analyse, work hard and analyse how we can take a step on Saturdays.

"One example would be the NFL, which is not playing right now but they just had the NFL Draft. That is a big event. They have created events that are interesting for fans even when they are not in the season."

"He was operated on last night for fractures to both his legs, and the operation went well. He remains under observation at the Centre Hospitalier de la Citadelle de Liege."

"At Baku last year Ferrari back-to-backed a conventionally-shaped main plane with a spoon-style version and opted to qualify and race the latter. This year, they plumped immediately for a spoon profile."

Toyota pole-axed the field in the season-opening World Endurance Championship round at Spa yesterday, winning by two laps.

Was Pastor Maldonado an unpolished gem?

I think it’s a bit sad how Maldonado’s F1 career ended up… with a bit more polish, he’d have been a hell of a driver. I still mantain that the guy was incredibly talented, but too stubborn to learn from his mistakes.

With some slight changes, that 2012 season would’ve been incredibly successful, and not just because of Spain.
@Fer-no65