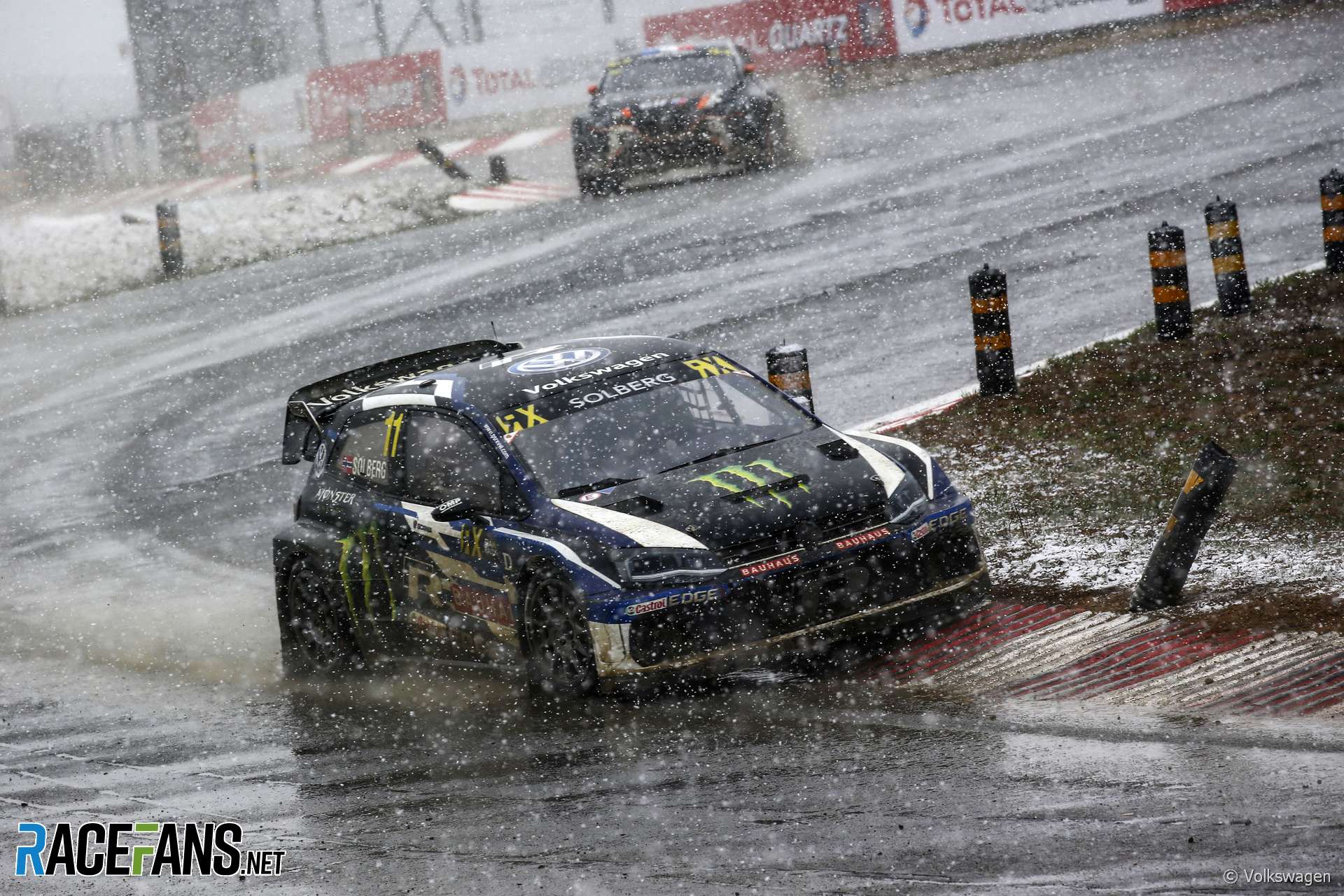 In the Weekend Racing Wrap: Breakthrough victory in BTCC, ‘the big one’ in NASCAR Talladega, snow hits World Rallycross round in Portugal and more of the weekend’s racing video highlights.

Portugal was the location for the second round of the World Rallycross Championship, with defending champion Johan Kristoffersson looking to build on the win he inherited last time out. The weather took a shock turn late on however, as heavy snow fell for the final.

NASCAR was at the Talladega Superspeedway for their tenth round of the season, and it was Kevin Harvick who started on pole position. The race was interrupted by “the Big One” just 23 laps from the end, setting up a tense final sprint.

The World Rally Championship made its way to the gravel roads of Argentina, the only on-going event on the calendar that Champion Sebastien Ogier has never won. Could he finally get that long sought after victory or would his rivals use their later road position advantage to claw some points back in the title race?

The British Touring Car Championship was in action at Donington Park for the second round of their season. Josh Cook started the opening race from his maiden pole position, while Tom Ingram looked to build on his Championship advantage.

The second round of the newly-formed World Touring Car Cup took place in Hungary, with home hero Norbert Michelisz taking pole position in both qualifying sessions.