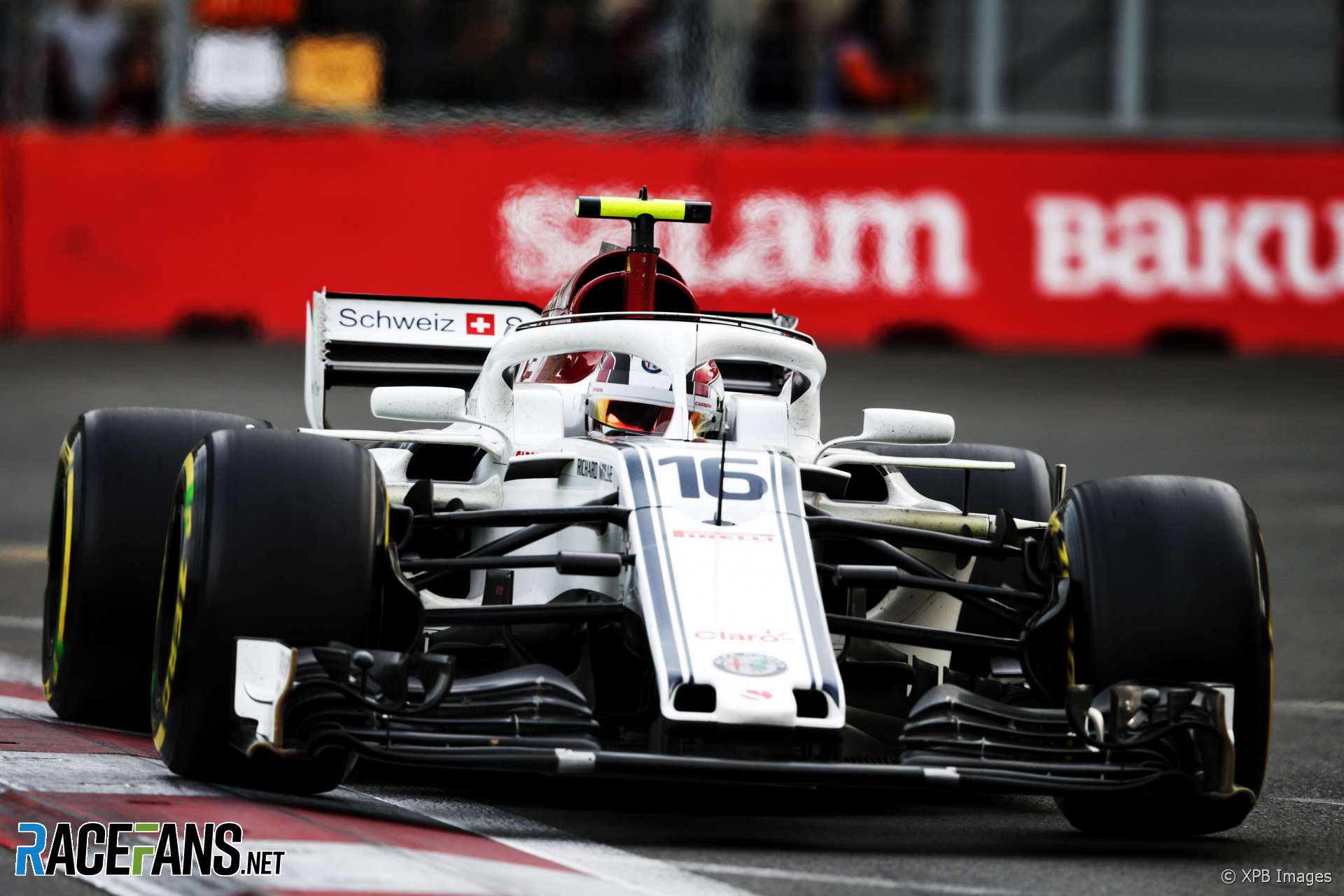 Sauber’s Charles Leclerc believes the team has the potential to be “very competitive” after scoring his first career points with sixth place in the Azerbaijan Grand Prix.

“It’s an amazing weekend for the whole team and a good boost for the future,” said Leclerc after the breakthrough result in his fourth race. “We need to take that and work to get better in the race. We should enjoy the moment and tomorrow back to work for Barcelona.”

He said the result is “very important for me and for my personal confidence” following a difficult first few races.

“It’s good to have one good one where we put everything together. Obviously we have been helped by the circumstances but we took our opportunity here.

“I’ve had two very difficult first grands prix. Shanghai was a lot more positive then in the race we were not great but it happens, we haven’t put everything together. To be finally coming here and put our first points it feels good.”

Leclerc said the race has given him a clear idea where the team needs to improve. “Our race pace is stronger than our qualifying pace at the moment. In FP2 we really saw that.

“Now we need to investigate that and make our low fuel pace better. If we manage to do that we should be very competitive because our race pace at the beginning of the race was really great. Then at the end with low fuel we struggled a bit more. But P6 at the end is great.”

The 20-year-old was amazed to finish the race one place ahead of Fernando Alonso.