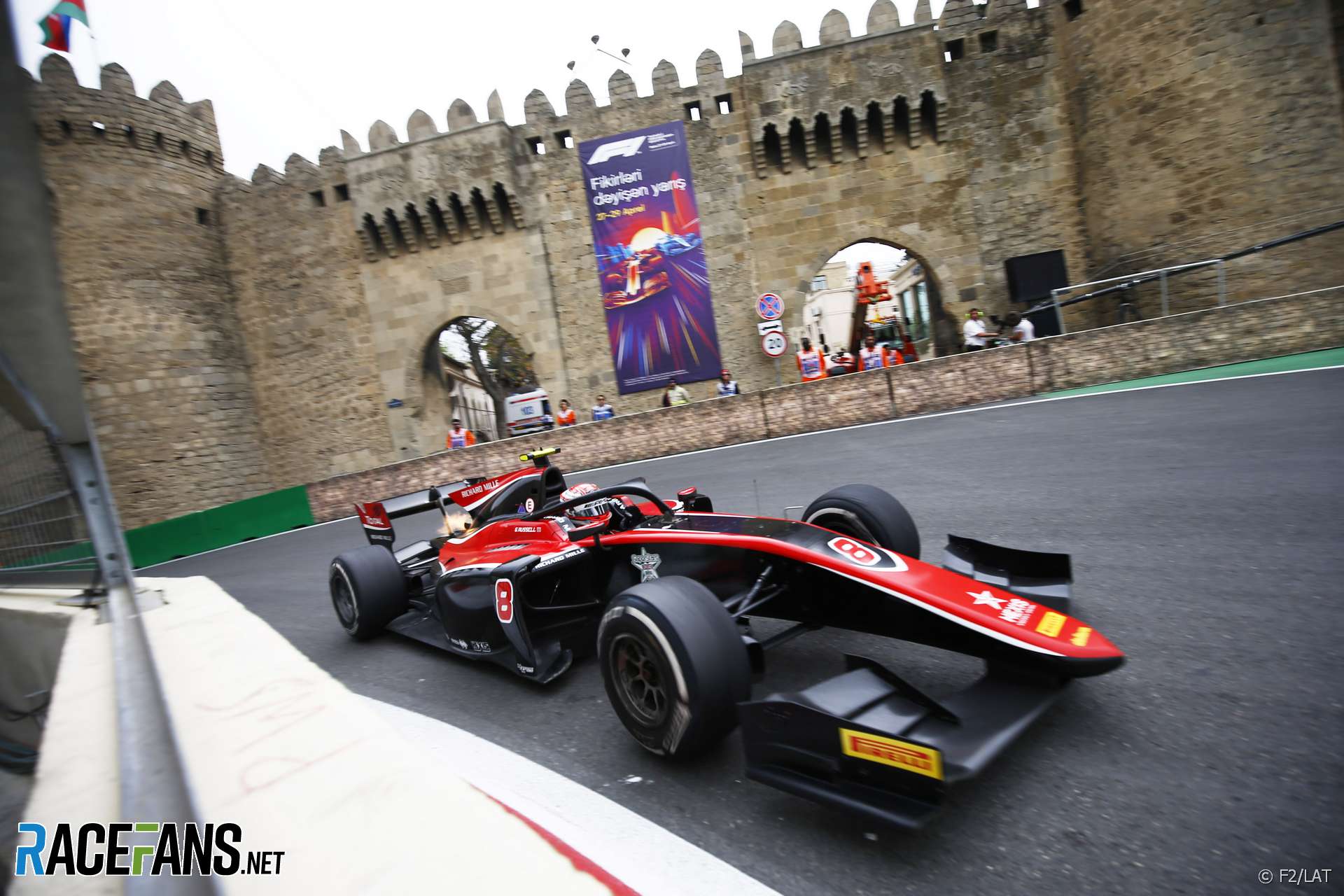 Mercedes junior George Russell took his maiden Formula Two victory in the sprint race in Azerbaijan with a stunning drive from twelfth on the grid to make amends for the win he lost yesterday after being forced off track by Nyck de Vries.

Roberto Merhi started on pole ahead of MP team mate Ralph Boschung. But both struggled away from the grid while five drivers stalled behind them, including yesterday’s top two – Alexander Albon and Jack Aitken. This allowed Nicholas Latifi, who started fourth, to take the lead before the first corner.

There were moves aplenty behind as Sergio Sette Camara demoted team mate Lando Norris – who had to swerve around Merhi at the start – to fourth at turn two. Russell jumped to fifth from twelfth on the grid.

The action continued into turn three as Sette Camara improved further on his excellent start, taking second from Boschung. The Carlin driver was evidently in a rush and at the start of the second lap he comfortably took the lead from Latifi at turn one, breezing down the inside.

Norris was looking to following his team mate’s example and took third from Boschung at turn three, before setting after Latifi. The pair went side-by-side through the first two corners a few laps later, but Latifi got back ahead on the run out of turn two. The battle allowed Russell to close and the trio went three-abreast down the start-finish straight next time around. Norris looked to have the advantage around the outside but bailed out into the run-off and fell to seventh.

Latifi continued to fend off Russell. but the Mercedes junior was clearly quicker. He breezed past on the run down to turn one a couple of laps later, before setting about closing the four second gap to Sette Camara with a fastest lap as the Carlin man locked up into turn one.

Behind them Norris was attempting to make amends for his earlier error. Some fantastic side-by-side racing with Merhi through turns one and two saw him take sixth, while later in the lap he took fifth from Boschung, though it appeared to be a move made under yellow flags.

As the race neared its conclusion Russell closed the gap and made the move into turn one but Sette Camara fought back at the following corner to retain his advantage. His resistance was futile however as the next time around Russell breezed by and into the distance.

He therefore took his maiden Formula Two win by 2.6 seconds from Sette Camara, while de Vries stole the final podium spot from Latifi on the penultimate lap, as the pair were trailed home by Norris. Arjun Maini put in a strong drive to sixth ahead of team mate Santino Ferrucci, while Merhi denied Boschung the final points finish late on.