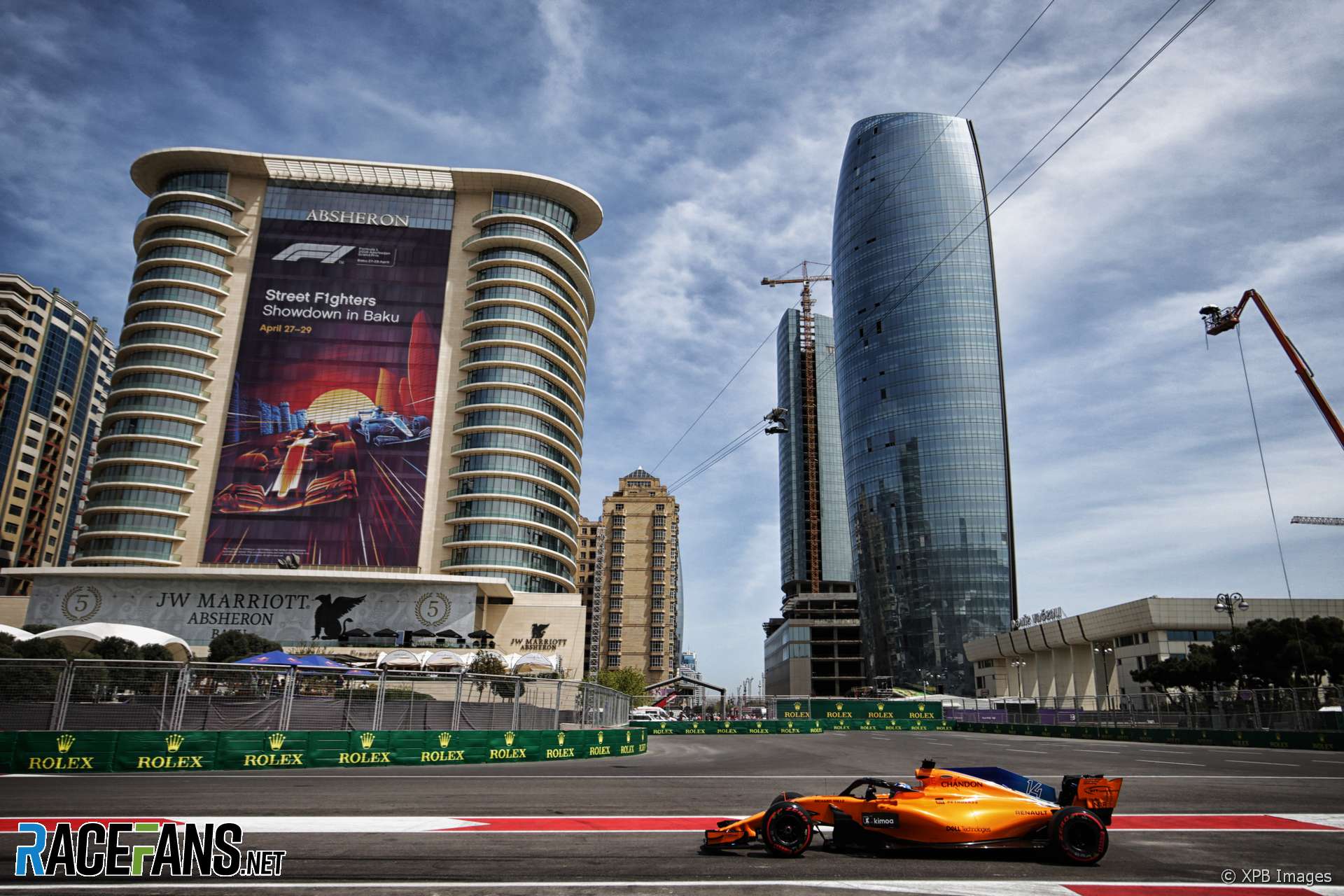 The Baku F1 race promoters face a June deadline to decide whether to extend their Azerbaijan Grand Prix contract.

The race’s five-year deal means it will appear on the 2019 F1 calendar and again in 2020. It has an option to continue for a further five years, which would take it up to 2025.

However Baku circuit executive director Arif Rahimov told RaceFans the organisers want a reduction in the race fee, which is twice the average paid by other races on the calendar.

“Money is obviously one of anything we talk about when there is a contract in place,” said Rahimov.

“There’s more than one side on the negotiation. From one side we want the race to stay, from the other side obviously we realise that we’re paying more than we possibly should. So we’re trying to get to the middle.”

Rahimov expects the marketing value of holding the race will lessen the longer it remains on the calendar.

“I think in general Formula One has done a lot for us. I think it was a great project for us, it was a great project for Formula One based on the feedback that I get. People like the race, they like watching it on TV, they like watching it live. Every year we have more international spectators coming to the race, that says something about it. People are generally happy about Baku being in the Formula One calendar and we’re happy we’ve done it.

“However one of the key points is that to any promoter the first three years of the race, especially for promoters who want to develop the destination from a tourist perspective, the first two, three, four years of the project work more than the rest.”

The growth in spectators travelling to the race from outside Azerbaijan has increased in the third year of the race, Rahimov confirmed.

“Last year we had a twofold increase in the number of international spectators from year one to year two. And it’s not because we’ve done more marketing intentionally, actually I think we’re done less marketing last year in Europe than we’ve done in year one. But the race itself promoted the next race.

“The same happened last year. We showcased the city, the track was great, looked amazing on the TV, the racing was crazy and amazing, it was the best race of the season according to many. And now we have another increase on the international figures, we’re in the region of a 20% increase so far as of today.”

Rahimov said the organisation of the race, which is now in its third year, is getting better each season. The preparations include laying Tarmac over a cobblestone section in the old city part of the track. This was removed following the 2016 race and re-laid for 2017, but left in place for this year. Even so it takes four months to assemble the infrastructure needed to put on the race.