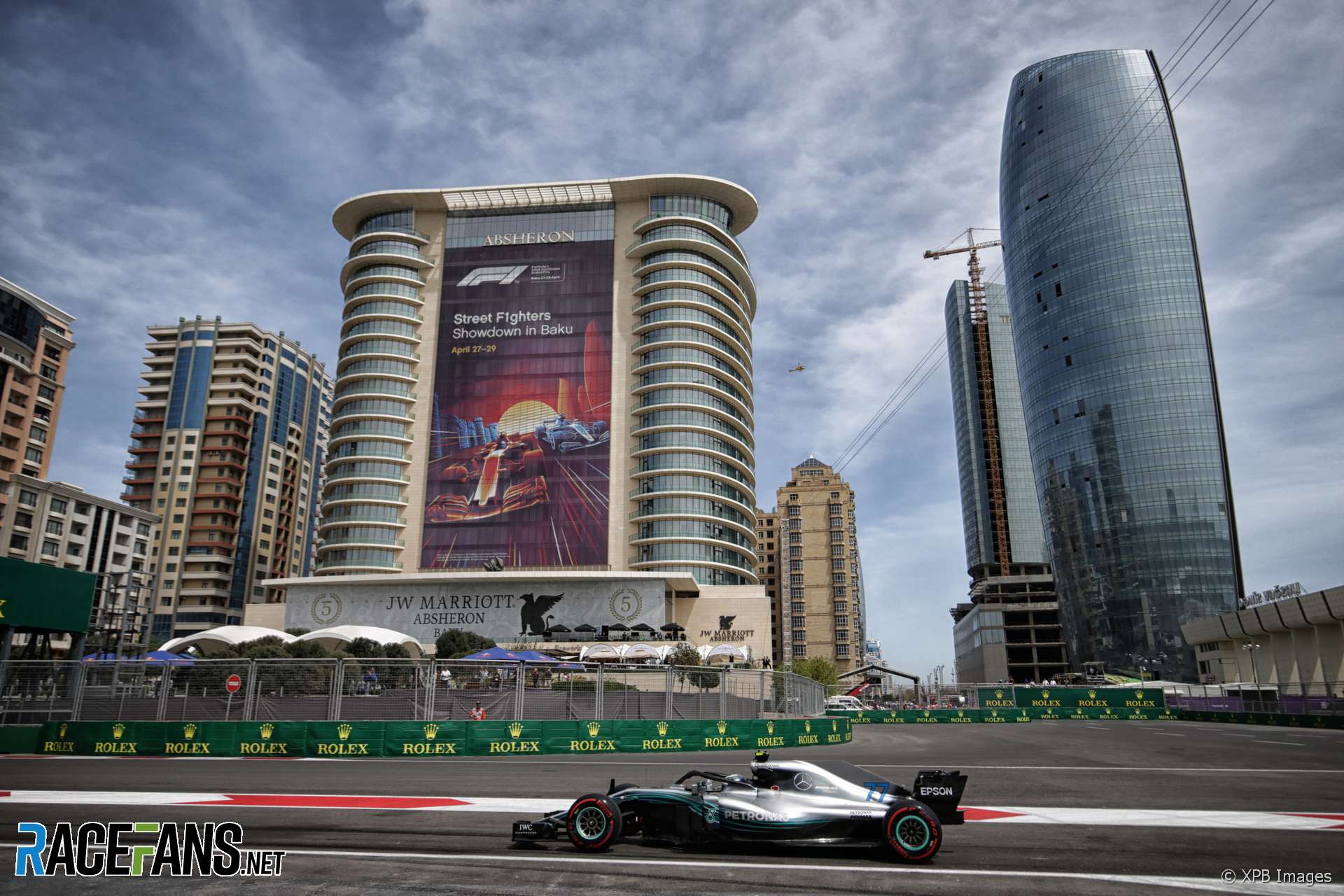 Valtteri Bottas says Mercedes have more of a fight on their hands than they thought they would in 2018.

The reigning world champions are yet to win a race this year. Bottas finished second to Sebastian Vettel’s Ferrari in Bahrain and Daniel Ricciardo’s Red Bull in China.

Bottas denied the team went into 2018 expecting to dominate but admitted they have been surprised by the level of competition from their rivals.

“I don’t think we ever said that we are going to be miles away,” he said on Thursday. “We always knew it was going to be close but I think it’s maybe a bit more of a challenge and fight than we expected.

“But we always knew it was not going to be an easy season, it was going to be more difficult than last year. I guess it’s good to see for everyone but for sure we still want to come out on top.”

“Obviously in theory the tyre window is going to be the same for everyone. It’s the same tyre, same compound, same construction.

“So it’s about how the car works the tyres: how well you can either keep or get rid of the hat from the brakes, what’s happening aero-wise to the surface of the tyre, how’s the car’s suspension is working on the outside tyres versus inside tyres, all the camber angles, all that makes an effect and you’re learning all the time.

“It has seemed like Ferrari and Red Bull in more variation of conditions they’ve been able to hit the peak and we’ve hit some lows, searching for a little bit more. We are learning but we are finding it difficult as well.”

8 comments on “Mercedes is finding 2018 tougher than expected, Bottas admits”