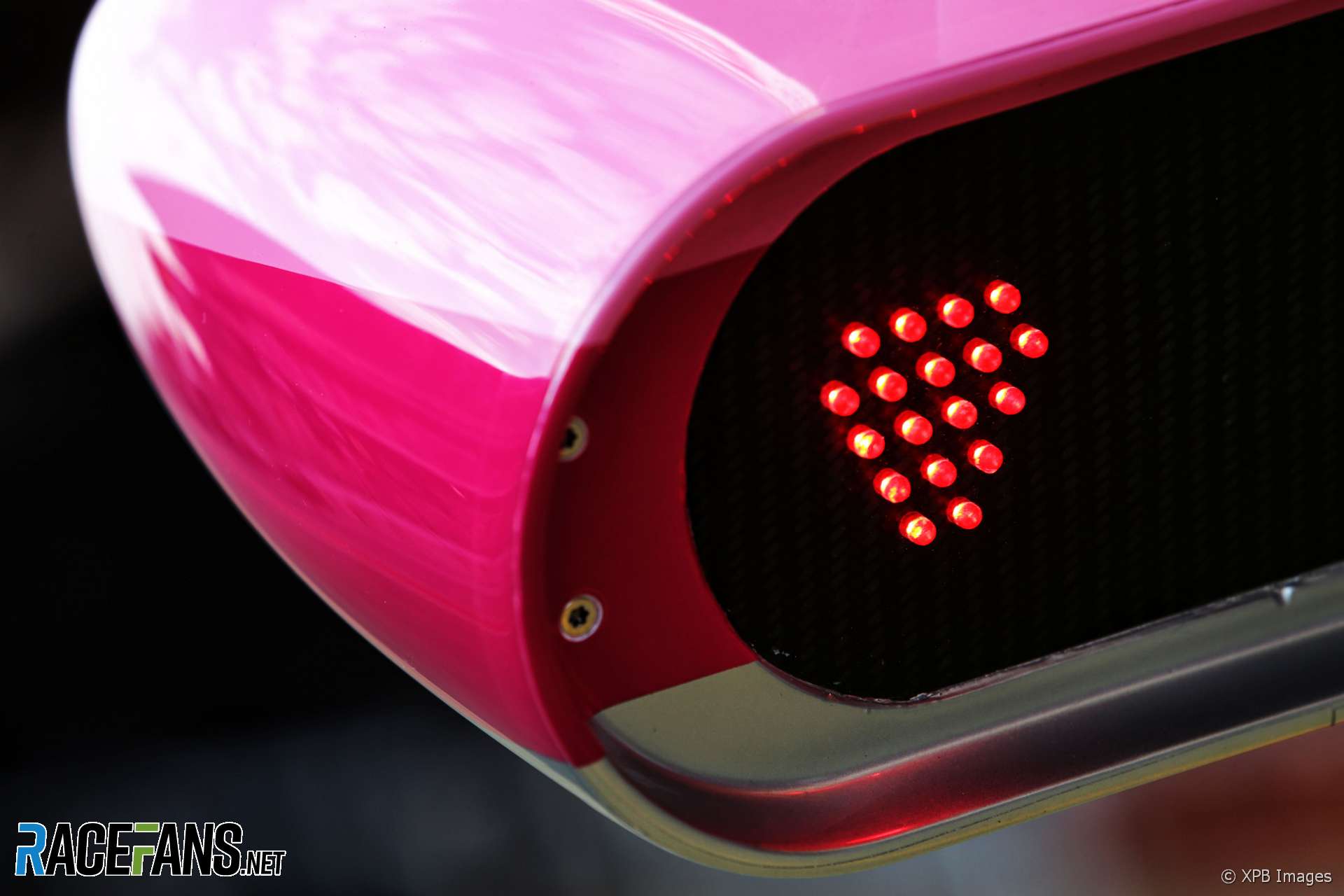 F1 should not react to the recent spate of ‘unsafe release’ incidents by banning teams from using traffic lights to control pit stops, according to race director Charlie Whiting.

Asked whether safety would be improved by bringing back the lollipops teams previously used to signal when a driver should leave the pits, Whiting said “I don’t think so.”

“I can’t think there’s any evidence for that,” he added.

McLaren lost a wheel from one of its cars during pre-season testing and was fined for an unsafe release during practice in China. Both Haas drivers retired from the Australian Grand Prix due to unsafe releases. Whiting explained how these errors were connected.

“If you just have a torque sensor [on the wheel gun] you can gun the nut on and it can be cross-threaded and it’ll show the required torque but it won’t be tight, which is what happened to the Haas cars for example and to McLaren.

“Some teams have got that as well as a position sensor so if it gets the required torque and it hasn’t moved the right amount then it says it’s not done. If you’ve got a stroke sensor and a torque sensor – two inputs – the operator gets a green light on his gun, then he says it’s done. So you’re using two sensors to tell the operator it’s actually done up, he presses a button, both jacks drop and the car goes.”

Whiting intends to have further discussions with teams on how to make their systems safer, but is against requiring them to use the same equipment.

“I don’t think there’s any need to standardise it,” he said. “We need to make sure the operator can’t press the button before they’re done because effectively they could just go in there with a thumb on it and just do it and come off. We need to ensure that, among other things, there is no possibility for the guy to give the OK until those two conditions have been met.”