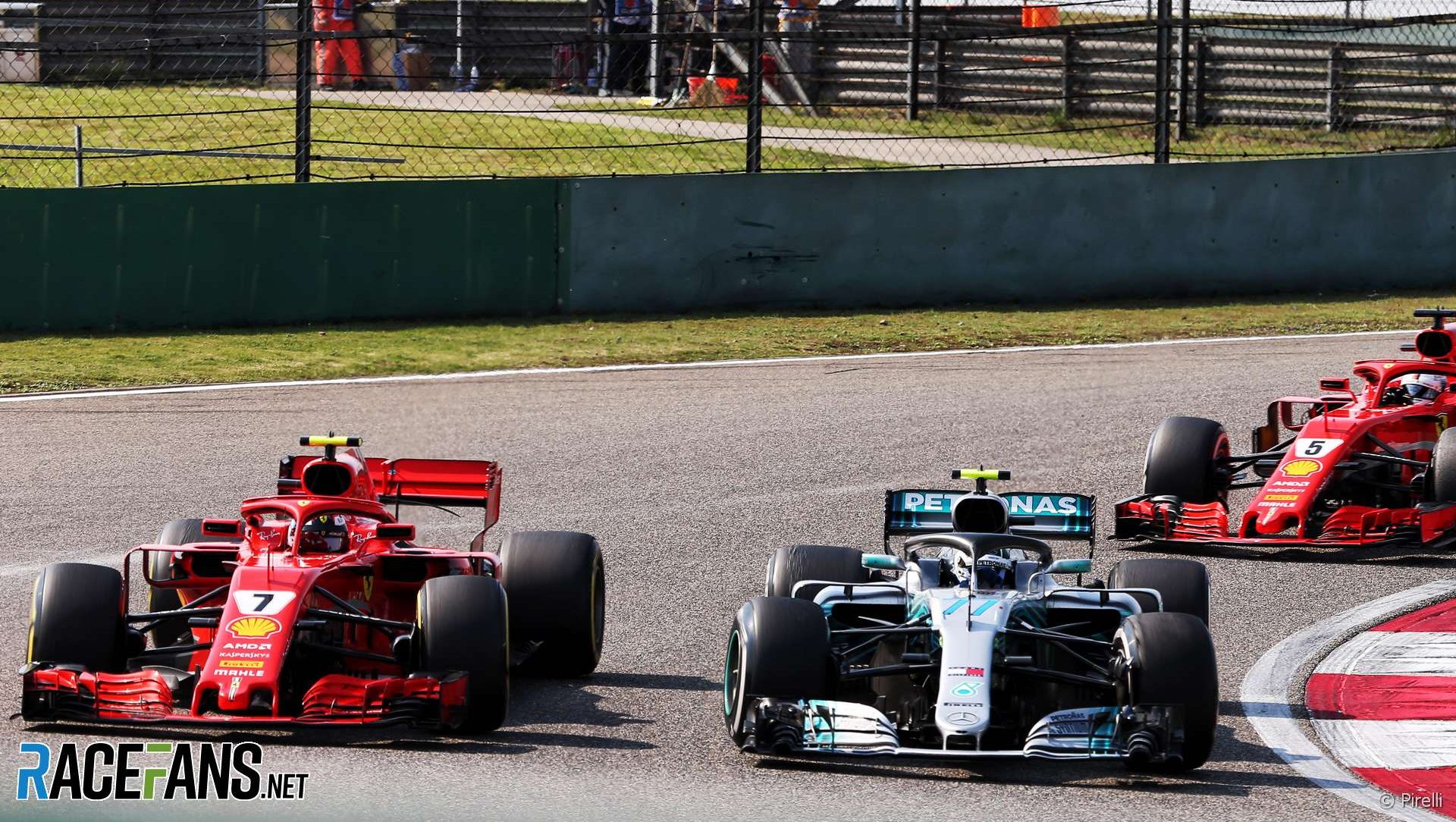 Formula One strategy is often likened to a game of chess. If that’s true then on Sunday Kimi Raikkonen was the pawn Ferrari sacrificed for king Sebastian Vettel.

That wasn’t obvious after the chequered flag fell and Raikkonen came in third place well ahead of his team mate. But had it not been for the mid-race Safety Car period, Raikkonen would have finished the race sixth, last of the ‘big three’ teams’ drivers’, having lined up on the front row. How did this happen?

What Ferrari had in mind for Raikkonen started to become clear on lap 17. Having slipped to fourth at the start, he was pursuing Max Verstappen.

On lap 16 Red Bull daringly pitted both their cars at once. This was a double blow for Raikkonen: he’d missed the chance to attack Verstappen by pitting before him, as the Red Bull driver now had the benefit of fresher tyres; and now Daniel Ricciardo in the other Red Bull behind him was closing on fresher tyres.

Lewis Hamilton was also under threat from Ricciardo and Mercedes wasted no time bringing him in. Ferrari left Raikkonen out and within a couple of laps Hamilton and Ricciardo had ‘gapped’ him – they were now close enough that Raikkonen would fall behind them when he pitted.

“Look at Kimi’s race,” Red Bull team principal Christian Horner commented afterwards. “I didn’t understand that strategy.” But its purpose was becoming clear around the time Ricciardo got close enough to jump him.

But by then another crucial development had occured: Valtteri Bottas had pitted from second place and was putting Vettel under pressure from the lead. On lap 21 Vettel rejoined the track behind the Mercedes:

By now Raikkonen was past the point of no return with his strategy: He was going to come out last of the front-runners. Under the circumstances the only use Ferrari had left for him was to try to delay Bottas and help Vettel catch up, or even pass.

For six laps Raikkonen circulated at the head of the field losing one-and-a-half to two seconds per lap to his pursuers. But when Bottas caught him at the start of lap 27 the Mercedes easily got around him on the outside of turn two. With tyres that were as wrecked as his race, it’s hardly a surprise Raikkonen didn’t put up more of a fight.

Of course there’s nothing new about teams using one of their cars to compromise the race of a rival. In Spain last year Bottas performed a similar role to hold off Vettel, helping Hamilton to win.

The difference on that occasion was Mercedes didn’t compromise Bottas’s strategy in order to deploy him tactically to help Hamilton. Bottas was on course to finish third regardless (and was eventually stopped by engine failure.)

The Safety Car and the drama it triggered meant Raikkonen eventually finished third. “I’ll take what I got because at one point it didn’t look good at all,” he said afterwards. It’s likely that without the Safety Car he would have finished sixth, even worse than the fourth place he had fallen to at the start.

Ironically Vettel might not have come under threat from Bottas in the first place had he given Raikkonen more room into turn one at the start. By squeezing his team mate Vettel helped Bottas by and Verstappen also got a run on the Ferrari, leaving Raikkonen fourth. Ferrari’s Vettel-first strategy did the rest of the damage.

On more than one occasion last year Raikkonen could justifiably claim Ferrari had given him a less favourable strategy to help Vettel win. Now, just three races into 2018, Ferrari’s most recent world champion has become the team’s sacrificial pawn.