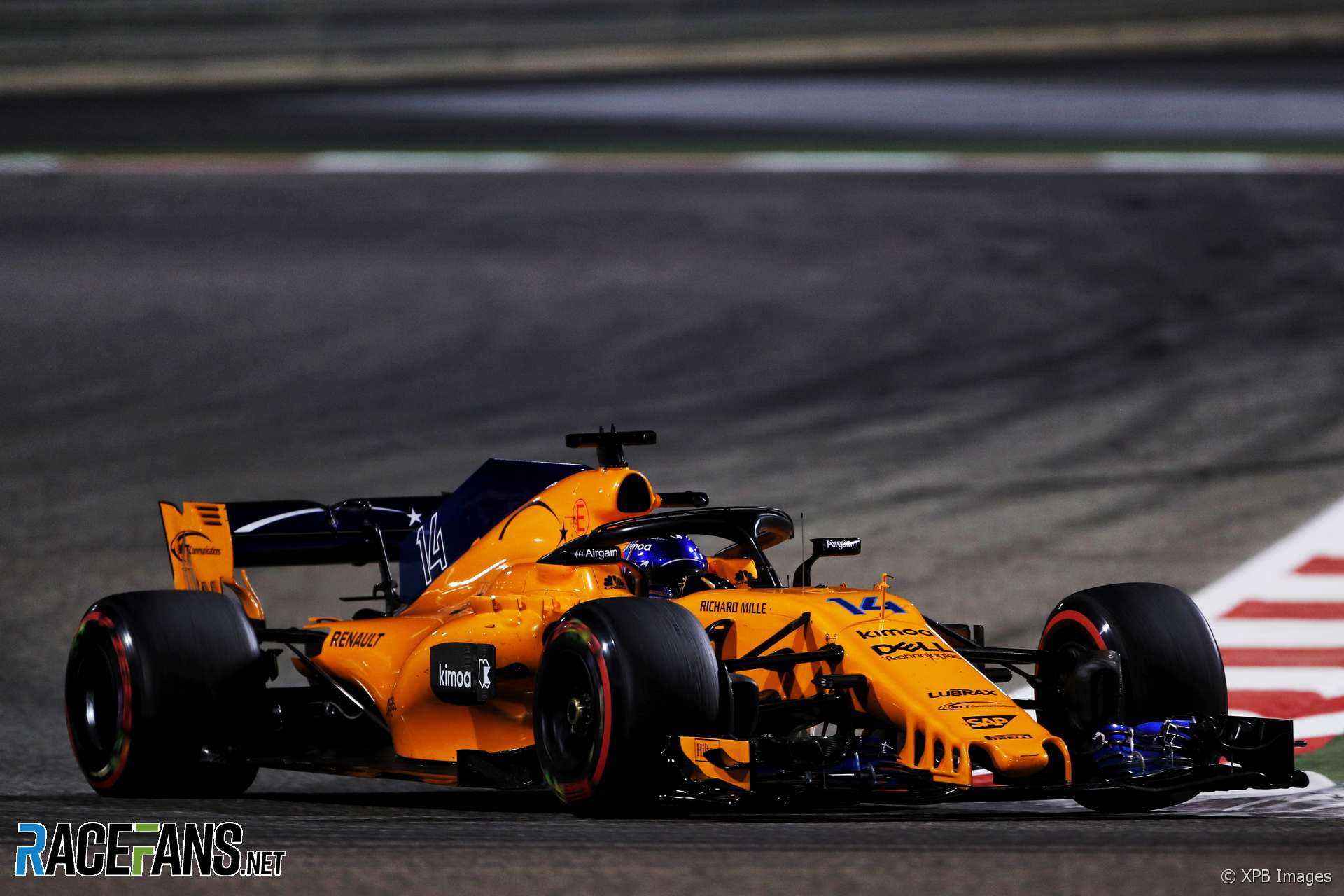 In the round-up: Fernando Alonso has explained why he lost 16 seconds on the final lap of the race in Bahrain.

I’m very pleased to announce Hazel Southwell has joined RaceFans as our Formula E correspondent from the remaining races of the 2017-18 season. Starting with this weekend’s Rome ePrix, Hazel will report from the paddock on the qualifying and race action.

Alonso was chasing Nico Hulkenberg over the final laps in Bahrain, but both lost around 16 seconds on the final lap of the race.

It was just fuel, we were saving fuel all the race. We were six corners from the end, Hulkenberg was not any more a target. I had to save a little bit of fuel that lap but obviously if you get lap you save even more because you do one lap less and you are completely safe. I didn’t need to [get lapped], but obviously they were in a fight, they told me Bottas was catching Vettel, so I moved over and made things easy for everyone.

"So we simplify the front wings, then arguably you could say you’re going to go back in the right direction. Everything we have done in the last few years has gone in the wrong direction."

"F1’s real challenge lies in ensuring that more and more women are attracted to the sport in any role, technical or otherwise."

"The flag-inspired TommyXLewis logo, which has been influence by Hamilton's own tattoos and his own street-inspired style, nodded to what we can expect from the collection. Red, white and blue tracksuits will no doubt be big news come fall."

Nice stunt by @LewisHamilton who's filming himself on @instagram dropping signed merchandise around Shanghai for fans to find.

Was Valtteri Bottas right to stay his hand in his fight with Sebastian Vettel?

The move just wasn’t on for Bottas. I commend him for not trying something desperate and possibly ruining the championship. Mercedes have only themselves to blame: if they’d realised Vettel wasn’t going to stop again sooner, then Bottas would have taken an easy victory. He doesn’t have to do crazy torpedo stuff to make up for his team’s failure.
@Krommenaas