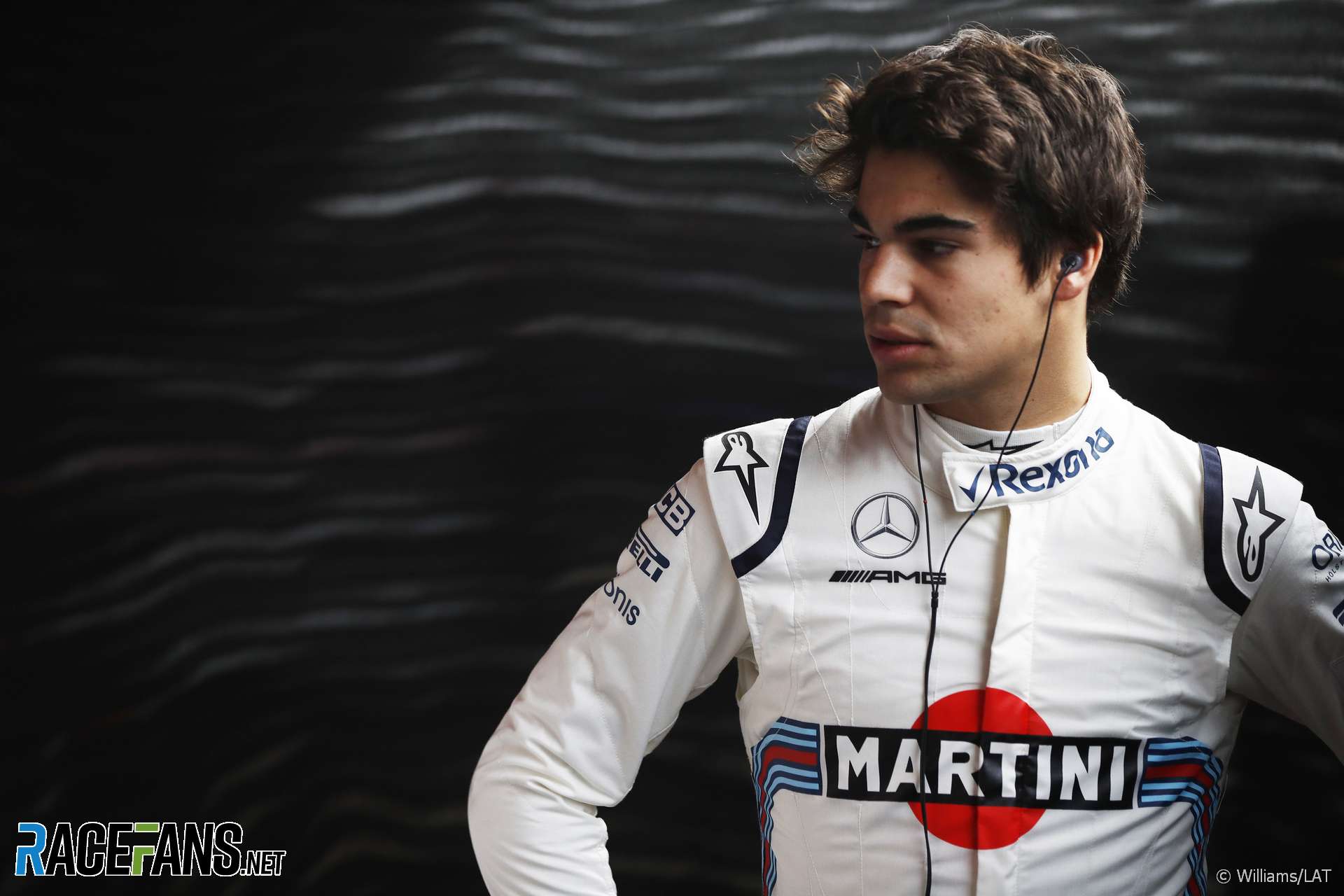 Lance Stroll admitted he was shocked how badly Williams struggled in Bahrain.

Stroll was unable to beat his qualifying time from last year. The team’s best effort was 1.3s slower than they managed 12 months ago.

“In Bahrain it was very shocking how big a step backwards we took,” said Stroll. “I was four tenths slower than I was last year.

“Everywhere we’re losing: on the straights, we improved a little bit in the corners but not even close to the extent we were working for.”

The team were far less competiteive in Bahrain than they had been in the first race of the season.

“In Australia we improved the lap time a little bit compared to last year when Felipe [Massa] was in Q3. So it’s a bit up and down.

“It’s very early days. There’s still 19 races to go and there’s a lot to look at and a lot to understand before we even come to a conclusion.”

Shanghai could be a better venue for Williams, Stroll said. “Last year we were quite competitive here. Both of us were in Q3.

“I’d like to think that’s a positive coming into this year. But at the same time I’m not stupid and I know the others have made massive steps forward compared to a year ago, not only in car performance but in engine performance.

“So in all areas it’s a completely different category competition level than 12 months ago. I know that, but still if we could do that again [reach Q3], which I’d always like to think is possible, that’d be great. It’s a new circuit, different conditions to Bahrain, so everything’s possible.”

In Australia Stroll’s engine over-heated during a practice start. This prevented him from using it to its maximum in the race in order to preserve it for future use. For the same reason in Bahrain its performance was also constrained, but to a much lesser extent. The team expect he will be able to run it as normal from this weekend.