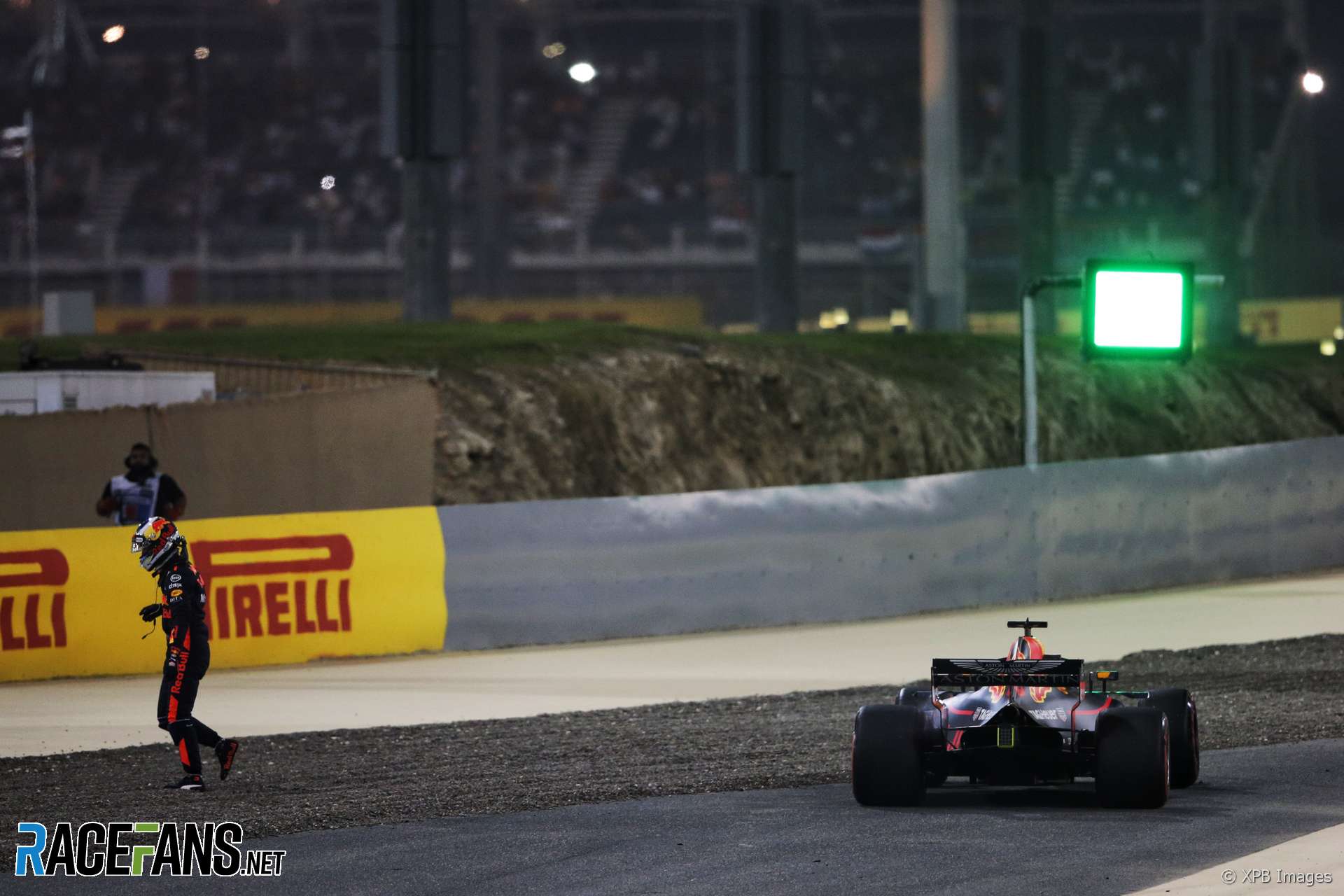 Daniel Ricciardo expects to face a grid penalty later this year following the failure of one of his two batteries for the season.

The Red Bull driver’s retirement in Bahrain was caused by a failed energy store in his Renault power unit which the team has now replaced. Ricciardo believes the old one cannot be re-used.

“We’ve got a second one here,” he said. “I think if they do it again we have a penalty. Two have to last a year. One is already, I believe, in the bin.”

Ricciardo could avoid a penalty by using his new one for the rest of the season, but he believes that is unlikely. “We only survived doing one [battery] for one race,” he said.

“It’s more likely than not we’ll have a penalty, but hopefully it’s happening later. So it’s the second one, 90% sure.”

However Valtteri Bottas has had good news about the state of his energy store and control electronics which were replaced following his crash in Australia. Following inspection Mercedes ran the parts again during practice in Bahrain. The team intends to run it in further practice sessions before returning it to use in a race scenario.

NB. Ricciardo’s new energy store has not been officially confirmed yet which is why he is on one instead of two.