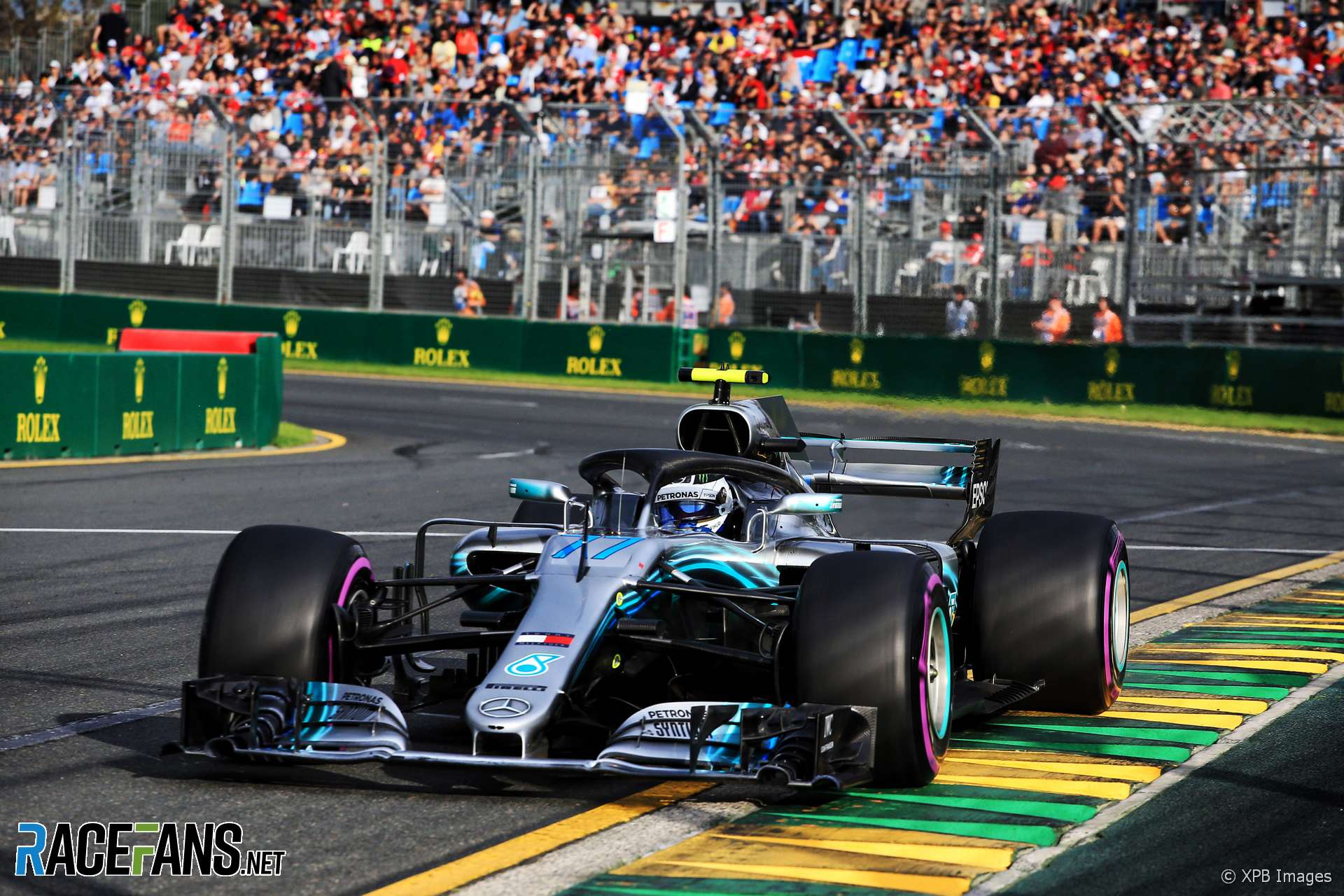 Mercedes has shed new light on how it operates the power modes on its F1 engine following the intrigue surrounding its so-called “party mode” at last week’s Australian Grand Prix.

During a pre-race media event Lewis Hamilton referred to the team’s high performance engine setting as “party mode”. This prompted questions over whether Mercedes had added a new setting in addition to the previous modes which were already known about and how powerful their modes are.

Mercedes said “all three can be altered with various sub-settings for different situations, which control whether electrical energy is being net deployed over a lap, recovered or used in a balanced manner (with energy deployment and recovery balancing each other out).”

“Both Lewis Hamilton and Valtteri Bottas switched their race mode to lower performance during the Australian GP when they were stuck in traffic and the turbulent air of the cars ahead, in order to cool the engines and prevent them from overheating,” it added. “A Safety Car presents a similar challenge – drivers want to conserve energy and the power unit, so the engine mode is set to reduce the duty and cool the hardware.”

Mercedes motorsport director Toto Wolff confirmed in Australia the high-performance qualifying mode was not used by its drivers until Q3. The team said its qualifying mode “is only required for a few laps each race weekend, and usage varies according to the competitive context – sometimes this qualifying mode will be used throughout qualifying, sometimes only in the final Q3 session.”

For 2018 power unit manufacturers are required to allow their customer teams to operate their engines in the same way as they do. Mercedes explained how this is managed.

“The available mileage is dictated by what is termed the ‘phase document’, which defines the limits to which the power unit may be used during each race weekend, and which is the same for the works cars and the Mercedes customer teams.

“PU modes are defined when the first set of hardware is tested in Brixworth and the mileage limit is determined by the success of the long-run programme. Some of these are circuit-specific, others are more general. Making the call on which mode to use can either be the driver’s decision, or through the advice of the engineering team – who will communicate over the radio which settings to adjust and which mode to switch to.”

The power unit settings alter how the engine operates and how it stores and deploys its electrical energy.

“The ICE performance is changed, for example, by varying the amount of fuel that is injected into the combustion chamber or by changing the timing of the ignition. For the hybrid side of the power unit, the modes will alter the interaction and scheduling of the electrical energy for both deployment of the 120kW (maximum) MGU-K and recovery of both the MGU-K and MGU-H.”