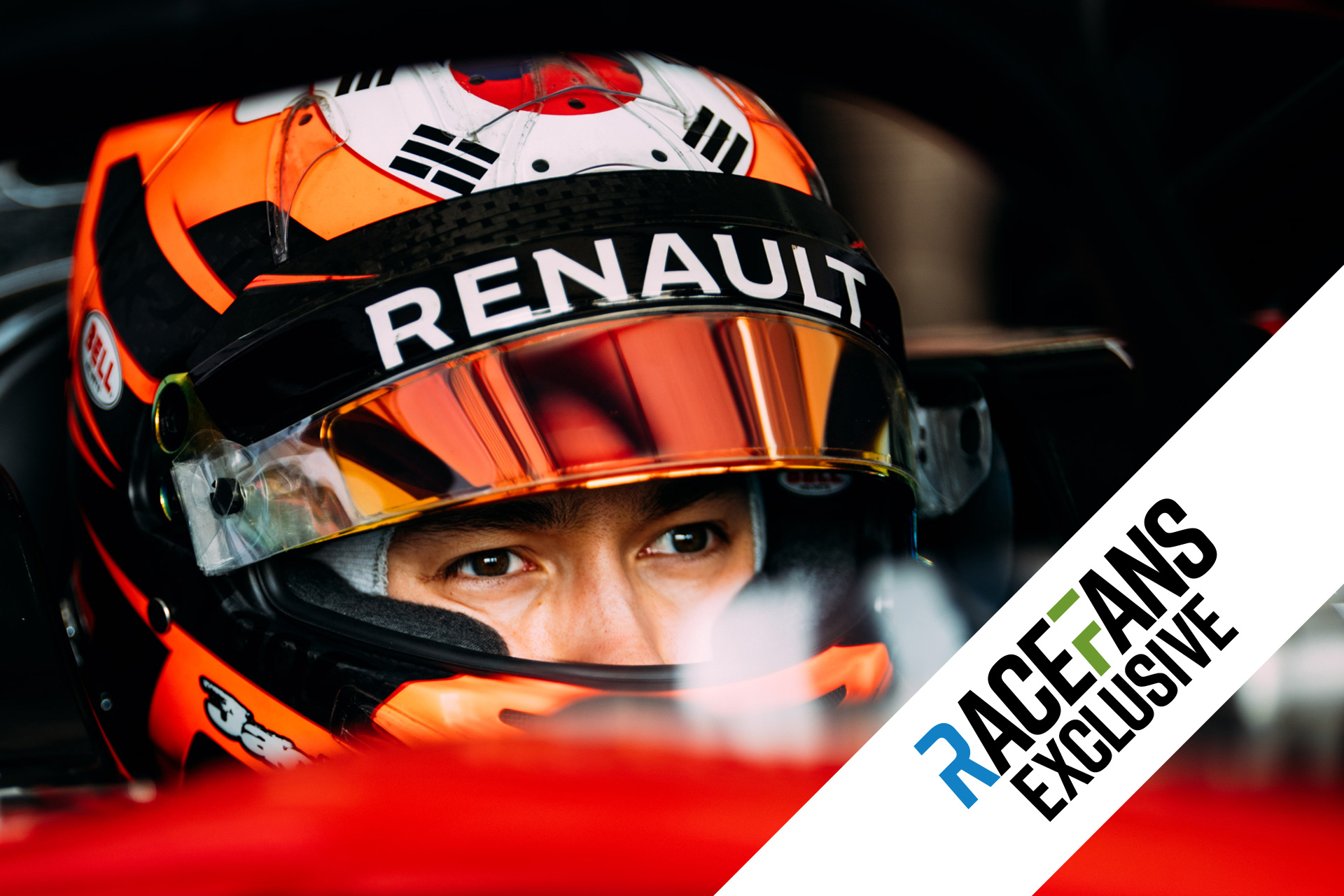 The new Formula Two season, which begins this weekend in Bahrain, promises to be one of the most open and difficult to predict in the 14-year history of the series which began life as GP2.

Over half of the drivers confirmed for this year’s championship are new to the series and many of them have excellent racing pedigrees.

They including reigning Formula Three champion and McLaren development driver Lando Norris, plus his F3 rival Max Gunther. The top three from last year’s GP3 championship have also made the step up.

Among that trio is Jack Aitken, who in an exclusive interview for RaceFans gave his insight into his rivals and whether the all-new F2 car for 2018 will allow the championship to sustain its reputation for great racing.

Last year Aitken and George Russell went toe-to-toe for the GP3 title at ART. Russell prevailed, but the pair have graduated together to F2. Adding extra spice to their rivalry, each has an F1 manufacturer backing them: Aitken has been backed by Renault since winning two of their junior titles in 2015, while Russell has already tested for Mercedes and had F1 practice session runs for their engine customer Force India.

ART has been part of the championship since it began, so as Aitken explains it made perfect sense to team up with them for the first year with a new car. “ART have had a god season more often than not,” he said. “They’ve been consistently at the top for a long time now and with the new car coming in especially I felt a team of their knowledge resource and depth of talent in terms of engineering, they’re going to be at the top, at the sharp end at least.”

How strong will the threat from Prema be? They rocked the series as newcomers in 2016, not merely winning the team’s title but grabbing the top two spots in the drivers’ championship with Pierre Gasly and Antonio Giovinazzi.

Last year one of their drivers was champion again in Charles Leclerc. But Russian Time beat them to the teams’ title and this year they have McLaren’s ‘other’ junior – Nyck de Vries – paired with Sean Gelael, who is conspicuously short on results at this level. Is this the makings of a title defence?

Aitken isn’t taking anything for granted about their performance. “It’s very likely they’re going to be on top of the car and doing a good job,” he says. “I can’t see Prema not being there.”

“In testing they’ve been pretty strong and last year we know that they were hiding their pace quite a lot in testing. It could be that they turn up to the first race and they’re miles ahead of everyone. You never really know. They’re a hugely successful team so they’re going to be there.”

One of several potential rivalries to watch is that between long standing McLaren junior driver De Vries and Norris, who has gradually eclipsed him on the F1 team’s roster. Norris is also battling to be the foremost of several promising British talents along with Aitken, Russell and potentially Alexander Albon, if the latter is able to land one of the three remaining places.

Haas-backed duo Santino Ferrucci and Arjun Maini will race for Trident in a field which is thick with rookie talent and F1 juniors. Aitken has an eye on a few of the less obvious names too.

“From my perspective one who’s surprised me in testing is probably Sette Camara,” he says. “He won a race last year, he was not really consistently at the front, but to be fair in testing he was matching Lando quite often and doing a pretty good job all round.”

Russian Time’s Tadasuke Makino is another of Aitken’s tips. “He did Formula Three last year and wasn’t bad but wasn’t setting the world alight. In testing some of his race runs looked pretty impressive and if he gets some consistency he could surprise people.”

Last year Leclerc took a dominant rookie title but Aitken believes the standard will be higher in 2018. “The difference this year is that there’s a few more rookies but the rookies are quite high level on average.”

“We’ve got guys returning in top teams who are going to be strong as well. I think Charles did a really good job but in terms of depth it wasn’t one of the strongest [fields]. I know this year a lot of the team managers feels this is a particularly strong year. Certainly the top five’s going to be really hotly contested.”

Former champions Racing Engineering have sadly departed the fold and junior outfit Fortec’s entry plans did not come together. Nonetheless a particularly strong rookie intake promises to make this an exciting year.

For the first time since 2011 F2 has a new car. As well as following several F1-style design cues the new machine featured the biggest change in power train since the category was created in 2015. Out goes the old naturally aspirated V8, in comes a turbocharged 620bhp V6.

The aim with the new car has been to keep it relevant to F1 while keeping lap times at a similar level. “The chassis is not hugely different but it does feel like it’s got a little bit more mechanical grip with the wider track,” says Aitken. “Despite the weight it does feel a little bit better in the corners.”

The old car, with its overtones of a 2010 HRT, could hardly be described as a looker but it did produce beautiful racing. Will the new machine sustain F2’s reputation for action?

“It’s hard to tell in testing but in the race runs I’ve done where I’ve been following others or running in traffic it’s not been any worse than the old car,” says Aitken. “Which is to say that in a high-downforce car like an F2 car it’s always going to be a pain in the butt following someone else but relatively these cars are actually not too bad.”

Of course the most visible addition to the car is the Halo. In common with most drivers, Aitken can hardly be described as a fan of how it looks outside the car but says he hardly notices it once he’s at the wheel.

As to whether the Halo should be colour-coded to match the driver, as Norris has done with his, Aitken and ART preferred not to draw attention to theirs. “It’s something that we discussed [but] I think for the most part we were happy to leave it black because it blends in best when you just leave it black, which is what a few F1 teams have done as well,” he explains.

Unlike last year every F2 round will support the F1 championship meaning there will be no standalone rounds. The season opener reverted to Bahrain last year and that remains the case this season. Following that the teams make an early visit to Baku.

This is a new venue for Aitken though one which he has some experience of thanks to his access to ART and Renault’s simulators. “It’s an odd track from a driving point of view,” he says. “It’s not really like much else that you’ll see in the calendar. It’s a street track but, also, not really, because it’s got run-off areas and it’s really wide in places. Generally it produces pretty interesting results a well.”

The fourth double-header in Monaco will also be a new venue for him and many of his rivals although some, such as Norris, have raced on it earlier in their careers. “The quality of calendars in things like the [Formula Renault] Eurocup and F3 these days, all these championships are going to such great tracks quite consistently,” says Aitken. “The standard’s really picked up in the last few years.”

As the final rounds take place in Abu Dhabi there is the usual near-two-month break towards the end of the schedule. Last year Leclerc wrapped up the championship before then, but with so many promising drivers in the field this year the title could go down to the wire this time.