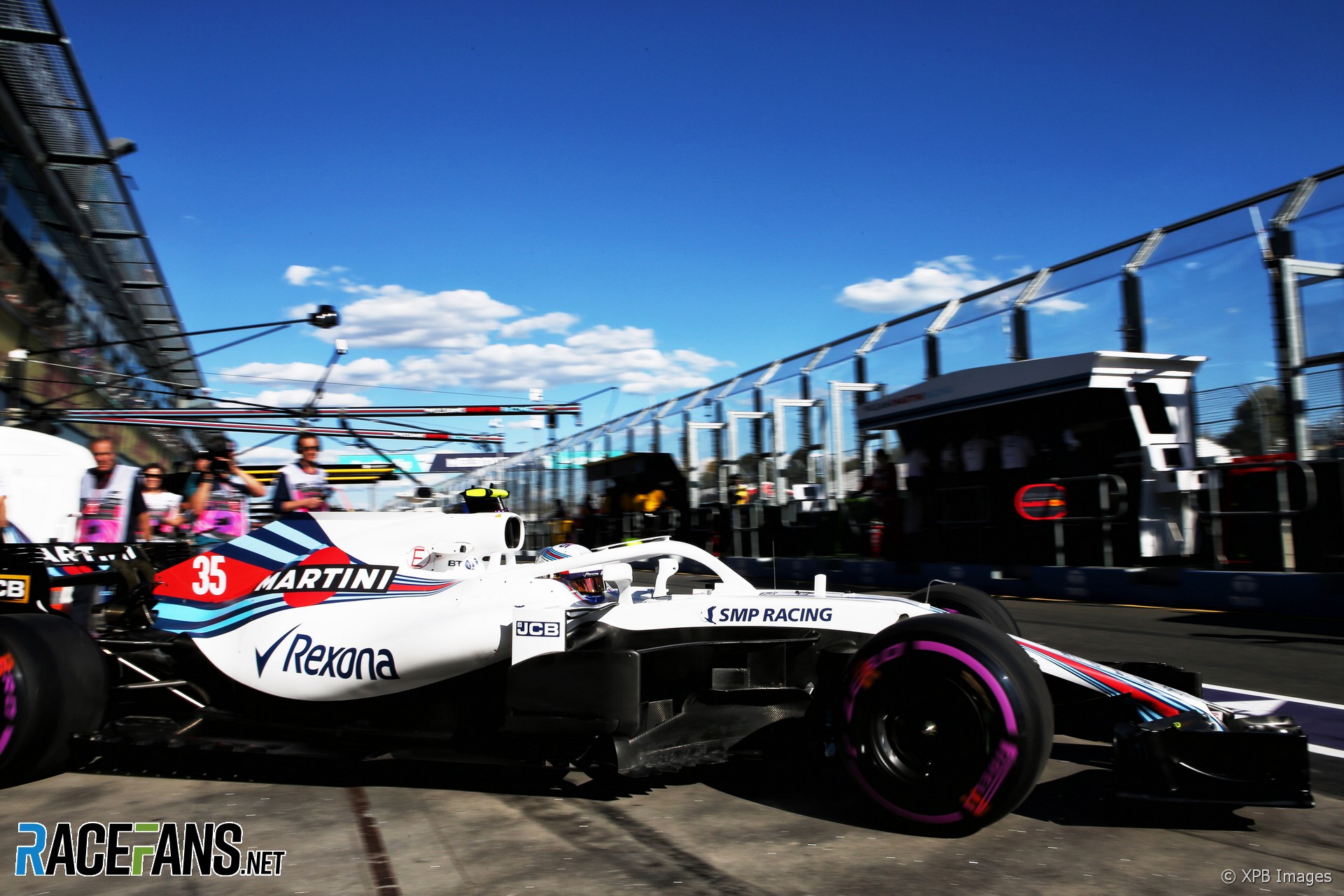 Williams will bring a significant upgrade for its F1 car at the fifth race of the season in Spain.

The upgrade was planned before the team’s disappointing first weekend of the season in Australia according to deputy team principal Claire Williams.

“Any ambitions that we may have had – I’m not seeing that we did – to be fighting in the top three are probably a little bit far off from us,” said Williams. “But that’s our responsibility.”

“We need to make sure we very quickly get on top of the weaknesses in the race car that we have and bring developments over the coming races. We’ve got a huge development package for Barcelona and we’ll have to wait and see where that puts us.”

Lance Stroll and Sergey Sirotkin qualified 13th and 19th in Melbourne. Stroll fell to 14th at the flag while Sirotkin retired early on.

Speaking after the race chief technical officer Paddy Lowe said it was too soon to judge the competitive order of the whole field.

“Australia is a little bit of an outlier in quite a few ways,” he said. “Probably better to see where we sit after another race or two. And that applies to our own performance as well.”

“One of the most unfortunate things for me was Sergey not getting to finish a race. From what appears to be a freak bit of bad luck. And therefore he’s not got the one race under the belt that you would want as a rookie driver to launch your Formula One career.”

Williams suspect Sirotkin’s retirement was caused when a plastic bag went into his brake duct.

“We have residue, it looks like a melted plastic bag. Lance actually said he saw some plastic bags at turn one very early in the race. And that’s where we see disc temperatures started to go through the roof at exactly that part of the circuit.

“We’ll go and analyse it but the pieces do seem to add up well to it being a complete blockage of the brake duct on the right rear. All the temperatures going through the roof, eventually catching fire, and then we lost all the sensors from that corner progressively as they got burned and eventually the seal has gone on the caliper, probably, because there’s fluid leak and the pedal went to the floor.”