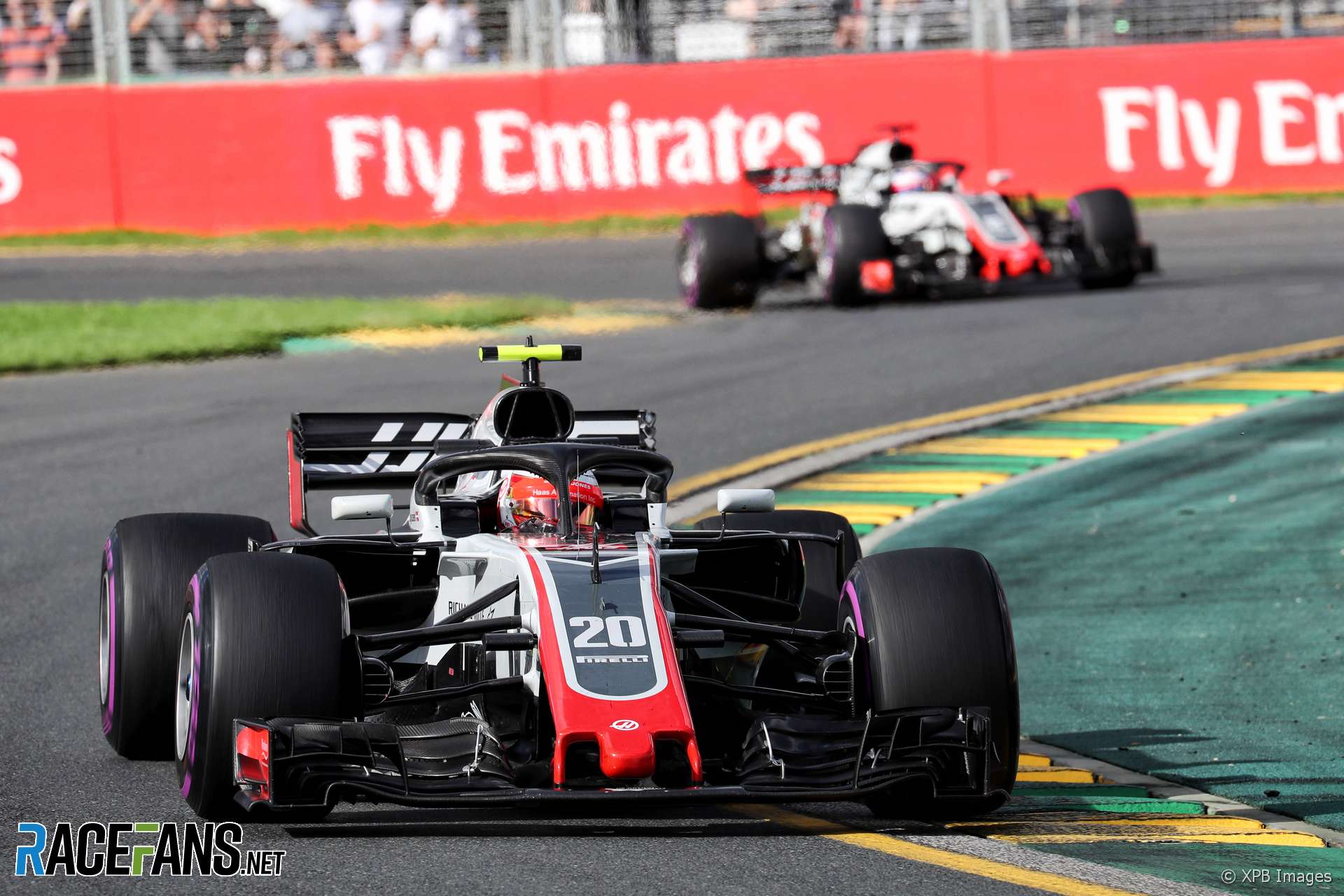 Haas left the first race of the 2018 F1 season pointless. But its midfield rivals were alarmed by the potential shown by the VF-18s, which were running fourth and third before pit stop errors put both out.

The strong performance of the VF-18 in pre-season testing had been noticed by the team’s rivals. But ahead of the first qualifying session of 2018 questions their ultimate pace remained unknown.

And, as Force India’s chief operating officer Otmar Szafnauer explained, they also expected Haas wouldn’t be able to keep up with the development rate of their rivals.

Haas is competing in its third Formula One season and continues to be the only team which full exploits the opportunity to source parts from another manufacturer. In this case Ferrari, which supplies its power unit, transmission and suspension.

Then came qualifying, where Haas achieved its best ever starting positions with a row three lock-out. Had it not been for their double misfortune in the race they likely would have comfortably finished ahead of their midfield rivals.

A lot is riding on Szafnauer’s assumption that Haas will not be able to keep up and improve on this pace. In their first season, 2016, Haas’s performance tended to improve as they year went on. Last year the trend was in the opposite direction:

They have begun 2018 in a similarly competitive position to how they started last year. But if their performance improvement is more akin to 2016, Haas stands to have a very good year indeed.

This is what the likes of McLaren and Force India are afraid of. Both were on course to finish behind Haas on Sunday. And they have good cause to fear Haas will be closer to their 2016 improvement rate this year.

The change in the aerodynamic regulations from 2016 to 2017 was a major disruption for Haas. But as the rules have remained largely stable this year it has had 12 months to study last year’s race-winning SF70H. Of course as Haas is using the 2018-specification Ferrari power unit and other hardware it is not ‘simply’ a case of cloning last year’s Ferrari. But you only have to look at the two to appreciate why Haas’s rivals have dubbed the VF-18 a ‘2017 Ferrari’.

There are other reasons to expect Haas will build on its start to 2018 as strongly as it did in 2016. Unlike last year they already have a year’s experience of coping with developing a new car for the upcoming season while also working on its current one. And as the team’s chief designer Rob Taylor explained to RaceFans their working relationship with Ferrari is continuing to improve.

Haas is better-placed than its rivals to deal with the compromises involved in integrating a complex power unit. “We get no technical assistance from Mercedes,” explained Force India’s technical director Andrew Green. “We get supplied the gearbox and the hydraulics pack, and [they] just say these are the parameters you have to run it by, that’s it.”

“We’ve got a gearbox designed to a certain philosophy in Brackley that we have to shoehorn into our philosophy because we don’t know what their philosophy is; we only know what our philosophy is, the two don’t match. Which is very different to another team that might take a gearbox that’s using an identical philosophy to the one they’re getting the gearbox from. It makes a big difference.”

If Haas continue to perform at or above the level they showed in Australia they are on course for their best season yet. Force India and McLaren know they must make rapid progress with their cars to get on terms. This is undoubtedly why they have sounded the alarm over the nature of Haas’s relationship with Ferrari.

94 comments on “Analysis: Why Haas faces fresh outcry over its relationship with Ferrari”