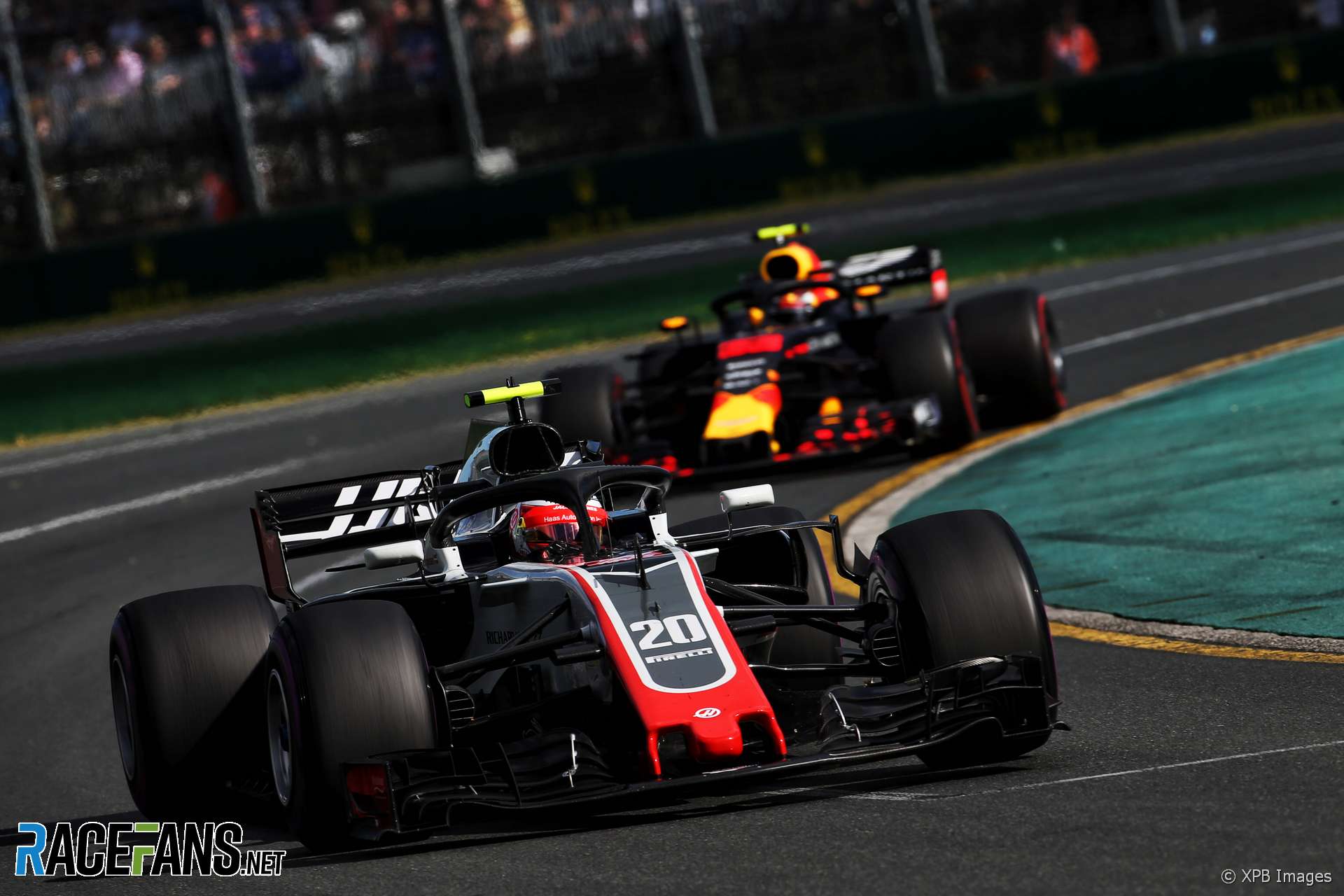 Lewis Hamilton and Kevin Magnussen were the RaceFans Stars of the Australian Grand Prix weekend. Here’s the verdict on the field.

Hamilton stormed to pole position by six tenths of a second in qualifying, then joked with Vettel about ‘wiping the smile off his face’. After that it was as if the racing gods decided this moment of hubris deserved an ironic punishment, because 24 hours later the grin was on Vettel’s face.

Hamilton was largely powerless to prevent this. Could he have been closer to Vettel when the Virtual Safety Car appeared and therefore regained his lead when the Ferrari driver pitted? It seems very likely. But he wasn’t, because the team believed they had the correct gap and that pushing the car any further was unnecessary, and would only waste precious engine and tyre life.

Both Haas drivers had great weekends but Magnussen was doing slightly better at the point disaster struck. His qualifying performance was especially impressive given his Friday running had been disrupted by niggling problems. And his move on Max Verstappen at the start was superb opportunism. A disappointing case of what might have been.

This was absolutely not the start he needed to his second season at Mercedes. After a few offs on Friday he binned his car during qualifying, leaving himself mired in 15th. He struggled to progress from there as overtaking proved difficult and he kept having to back off to save his engine.

But perhaps worst of all, Mercedes can justifiably feel that lacking their second car at the sharp end cost them a win. With Bottas looking for a new contract for 2019, he needs to bounce back from this bad start quickly.

Verstappen admitted to a small mistake in qualifying which potentially cost him the chance to out-qualify one of the Ferraris. he was trying to find a way past one of them at the start when Magnussen darted by, and from then on his race went badly wrong.

A lurid moment at turn 12 left him with diffuser damage, which then contributed to a spin at turn one, costing him three places. Now mired in the pack, he was unfortunate to lose another place to Fernando Alonso through the Virtual Safety Car. But it was his own errors which left him in that position.

Sebastian Vettel lucked into a win on a day when his team mate was often quicker, though not in the final stint where Vettel looked more at home on the soft tyres. Daniel Ricciardo salvaged fourth after picking up a penalty in practice and losing out to Verstappen in qualifying – his pass on Nico Hulkenberg was a highlight of the race.

Alonso largely inherited fifth place: He’d looked good for a spot in Q3 until the final runs in Q2. Stoffel Vandoorne shadowed him. The pair were separated by Hulkenberg, who had a solid run to seventh, and Bottas. Vandoorne profited from Carlos Sainz Jnr’s unusual affliction: a broken drinks bottle left him feeling nauseous.

Both Force India drivers were out of the points. Sergio Perez felt he wrung everything from the car in qualifying, while Esteban Ocon took advantage of Lance Stroll on lap one as the Williams was in the wrong engine mode. Charles Leclerc also got past the Williams. Brendon Hartley brought up the rear after being forced to pit on lap one after locking a wheel at the start.

Romain Grosjean was eager to point out he’d been quicker than Kevin Magnussen before the pair retired, though he was out-qualified by his team mate in Saturday’s cooler conditions. Pierre Gasly, Marcus Ericsson and Sergey Sirotkin all retired early – the latter after a right-rear brake failure which his team suspect was caused when the duct ingested a plastic bag.