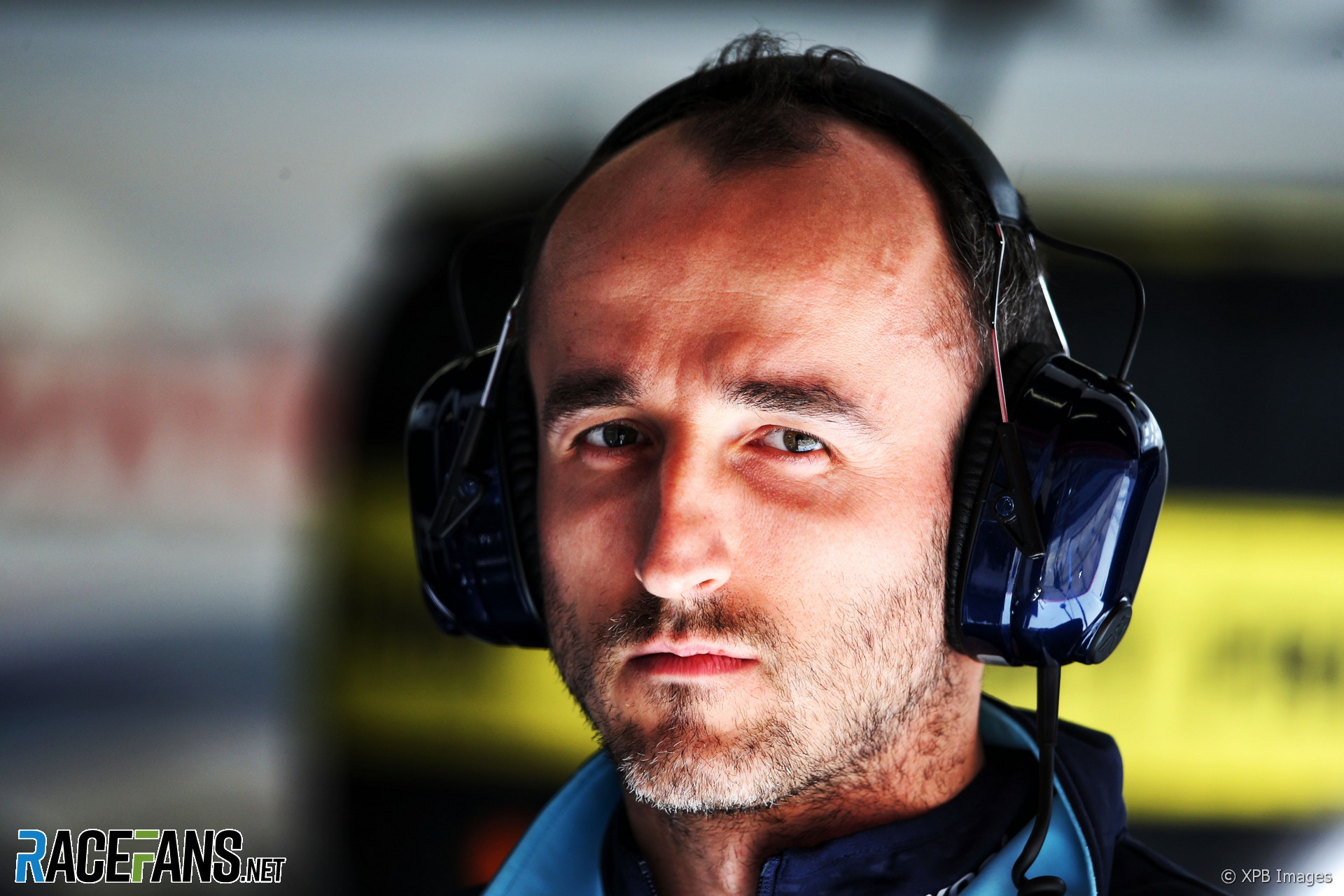 Robert Kubica is aiming to decide within a few weeks whether he will race in the World Endurance Championship this year.

The Williams reserve driver has been linked with a race seat at the team run by former Manor F1 boss Graeme Lowden. Kubica attended a test for Lowden’s CEFC TRSM Racing squad but hasn’t driven their Ginetta LMP1 car yet.

“I [was] there three days, I didn’t go there to watch but in the end I didn’t drive,” he told media including RaceFans in Spain. “We will probably have another go in next weeks and then we will decide what we are going to.”

Kubica said he would “like to be involved in a good project in LMP1” but needs to ensure it fits around his Williams commitments. He agreed a deal to race in the WEC with the byKolles team last year but pulled out before the season began.

RaceFans understands Kubica has some budget available to bring to an LMP1 drive following his failure to land a race seat at Williams for 2018.

He said he needs to show his commitment to demonstrate he is ready to return to a race seat in Formula One.

“Once I committed to this year I have to work and I have to be committed as much as I can. Whatever it will be asked for me from the team I will do it because in the end it’s part of the job that I am committed.

“If I decide to do it it means that I was happy to do it and I think I am prepared to use the opportunity to get me closer in the end. And when I get a chance to drive or come closer to a race seat I will for sure be more prepared than I was a couple of months ago.”

Kubica also answered questions whether he had voluntarily given up his last stint in testing to race driver Lance Stroll.

“What’s the difference?” he said. “It comes from me. I say that I have no problem to give away the time if the race drivers feel that they need more time, because I’m not scoring points for the team.”

“I don’t think it’s so strange but it looks like it’s very strange, probably people are not used to it. I think it shows we are all working for one direction and we have one goal which is to use our chances and maximise our possibilities for results.”