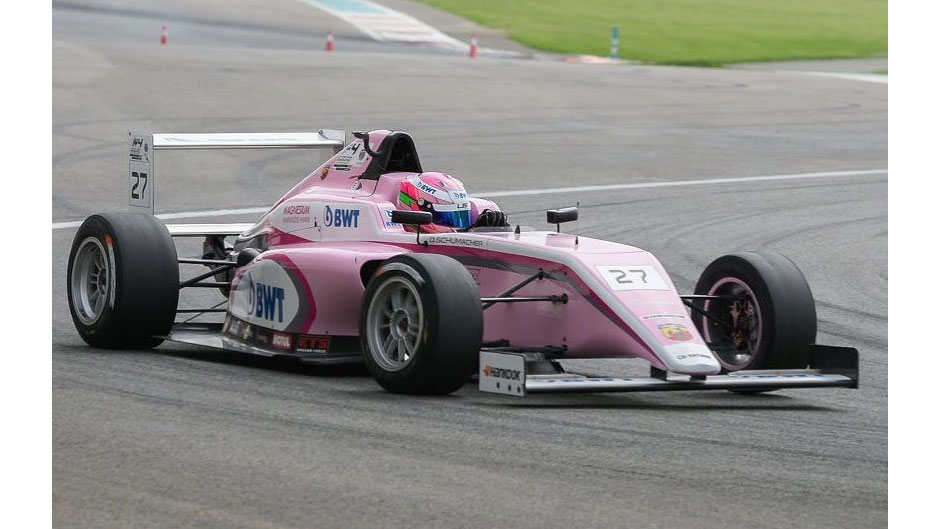 Michael Schumacher’s nephew David finished his first season in racing cars second overall in his championship despite missing the first four races of the year.

Catch up on last weekend’s motor racing highlights below.

Kevin Harvick won for the second weekend in a row in NASCAR, following up his Atalnta triumph with victory at Las Vegas. But it wasn’t all good news for Stewart-Haas racing – Kurt Busch was eliminated in a crash with Chase Elliott earlier in the race.

Charlie Weerts beat David Schumacher to the Formula Four UAE crown by winning all four races at Dubai Autodrome. Schumacher, son of ex-F1 racer Ralf Schumacher, ended his first racing season second overall despite only joining the championship at the fifth race. Weerts was one of four drivers who started every race which was held.

Weerts, who finished seventh in the championship last year, said he has raised his game on his return. “Like every rookie you make mistakes but with a lot of practice here in the UAE with practice starts, and a lot of races, I make good progress during the year,” he said.

Schumacher described himself as “really happy with my end results of the championship with P2 overall and P1 in the rookie championship.”

Shane van Gisbergen did the double for Holden in the Australian Supercars Championship’s season opening round at former grand prix venue Adelaide, just as he did at the start of last season. His team mate, reigning champion Jamie Whincup, posted his first retirement for 136 races in the second event following a gearbox problem.