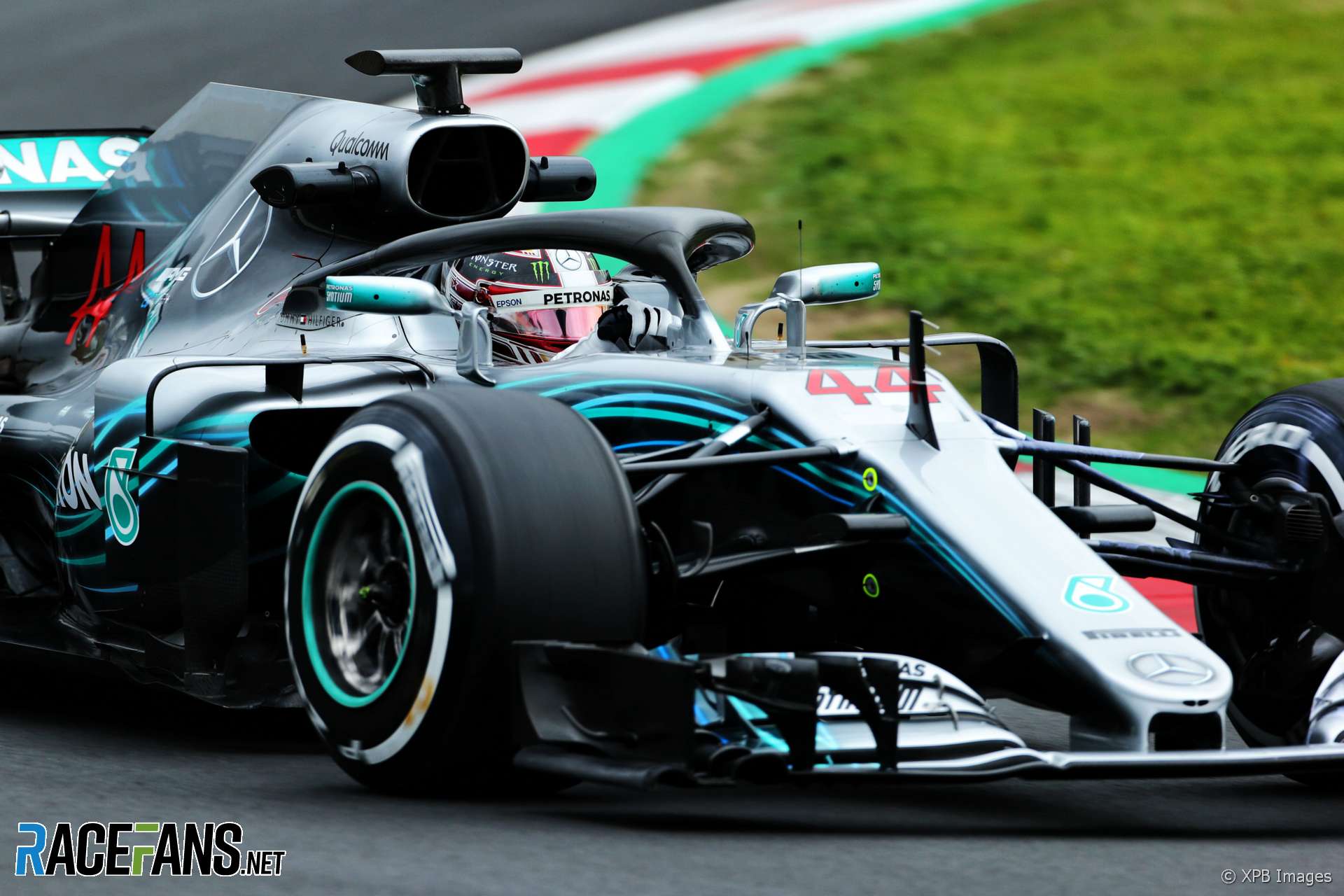 Lewis Hamilton says F1 racing would improve if the weight of the cars was reduced.

The minimum weight limit has risen to 733kg for 2018 partly due to the addition of Halo to the cars this year. Hamilton explained how this has affected the feel of the cars for drivers at the launch of the new Mercedes last week.

“The cars are getting heavier and heavier each year and that does obviously affect the braking zones,” he said. “There’s various challenges in that the brakes are obviously at the limit, they’re not really developing much further than they have been the last couple of years. The technology’s kind of limited at the moment in the carbon industry.”

“So that becomes more and more of a challenge of cooling. But I think the team have handled it very well from last year’s experience with the heavier car. It is going to be quicker so I think the physical level steps up a bit which is in the right direction. But the cars, I hope they cars don’t get much heavier than they are.”

As RaceFans revealed last month a new minimum weight limit for drivers will also come into force in 2019.

“Again next year the seat and the driver can be 80 kilos,” said Hamilton. “So I can be a body-builder next year, basically, get the beach look I want.”

“There are parts of the lighter cars, the more nimble cars that I prefer of the past: Easier to overtake, easier to manoeuvre in combat. With the heavier cars it gets slower and the heavier they are they’ll just continue to get slower in that respect.”

Hamilton said he’d intensified his training regime for the new season because he expects this year’s cars to be more demanding to drive.

“I feel like I’m in the best shape that I’ve been – I mean I say that every year but I train differently each year,” said Hamilton. “This year the cars are quicker you need to be stronger.”

“Right now I’m a little heavier than I will be for the first race. From now until then it’s about cutting fat percentage down, keeping strength.”

39 comments on “Hamilton: Bring back lighter cars to increase overtaking”