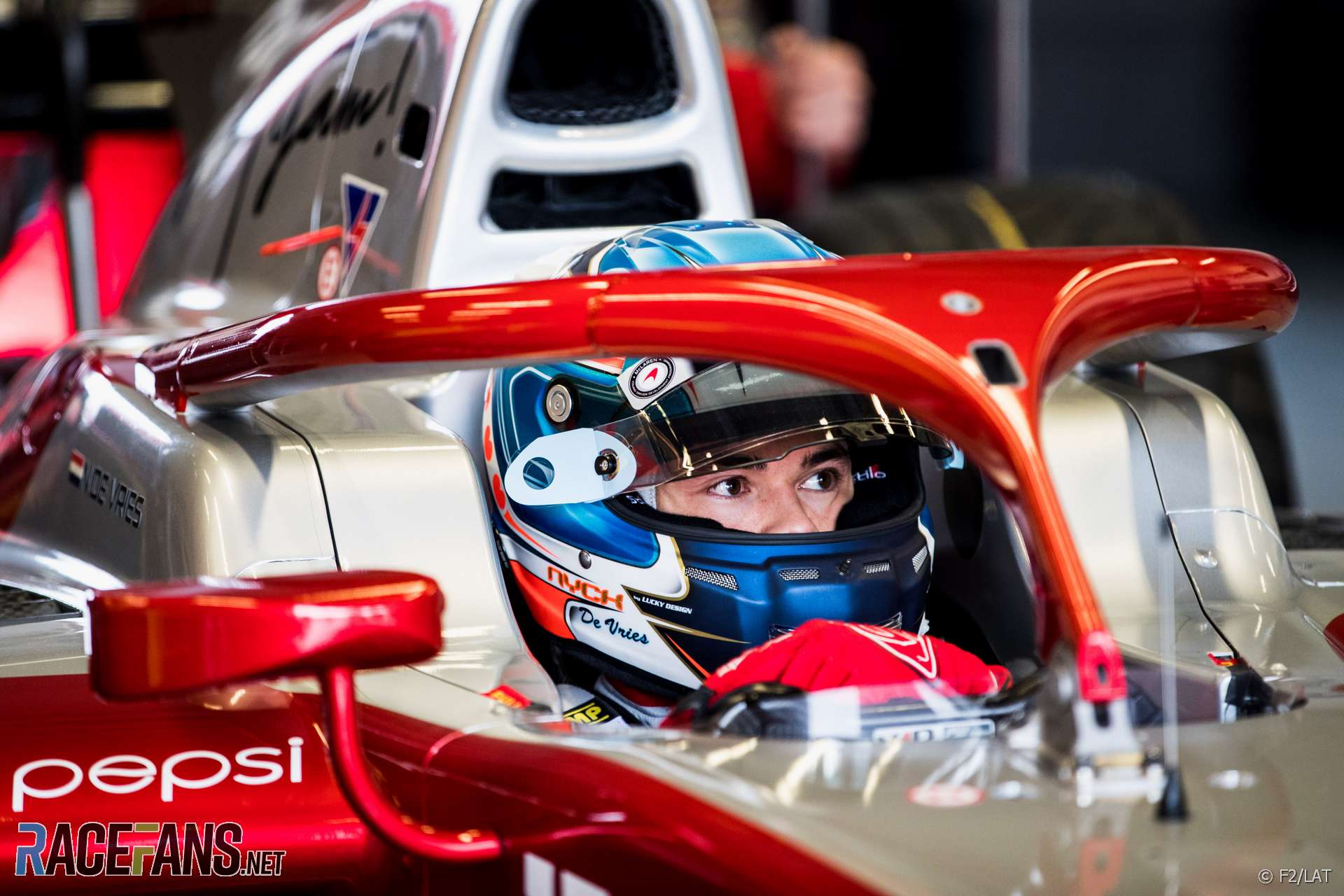 Snow at Magny-Cours didn’t stop Formula Two from completing the first day of testing with its new 2018 car today.

Each of the 10 teams which will contest this year’s championship had a single car to test, most of which split their running between two drivers.

Among the changes to F2’s car for this year are a revised 620bhp, 3.4-litre turbocharged engine supplied by Mechachrome. The car also incorporates the Halo which will feature on F1 cars for the first time this year.