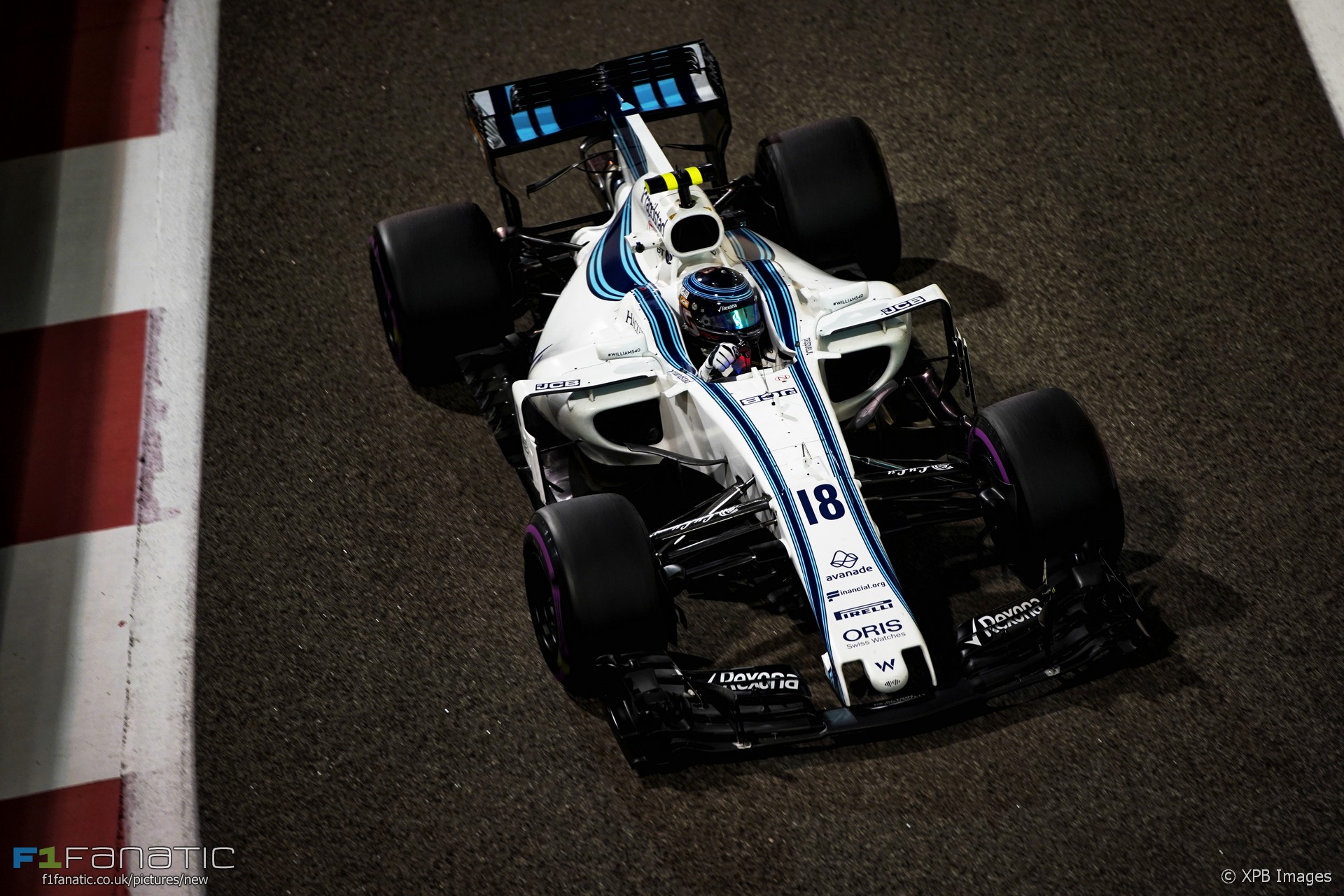 Lance Stroll said he was “lost out there” after finishing last for the second weekend in a row in Abu Dhabi.

The Williams driver made three visits to the pits while none of his rivals made more than a single stop.

“It was not a good race today,” he said. “I hate to be negative, but nothing worked this weekend.”

“I just couldn’t get the tyres switched on and I was just lost out there. We weren’t in the race today.”

Stroll called for his first pit stop early, telling the team he had two flat spots on his tyres. He returned to the pits two more times, telling his team he wanted to “do something different with they tyres, maybe I can learn something.”

“We had three pit stops and still it didn’t work,” he explained afterwards. Stroll believes his problems began at the previous race and tyres are at the root of his trouble.

“The last two weekends were ones to forget and before that, we were doing just fine. We need to understand what exactly went wrong.”

“I know it was tyre related, but we are missing a huge chunk of lap time and it is coming from somewhere because before that I was confident in the car.”

“Now I shall have some time off, but then get back to work and work harder than ever and come into 2018 as strong as I can possibly be and be on top of my game as much as possible.”