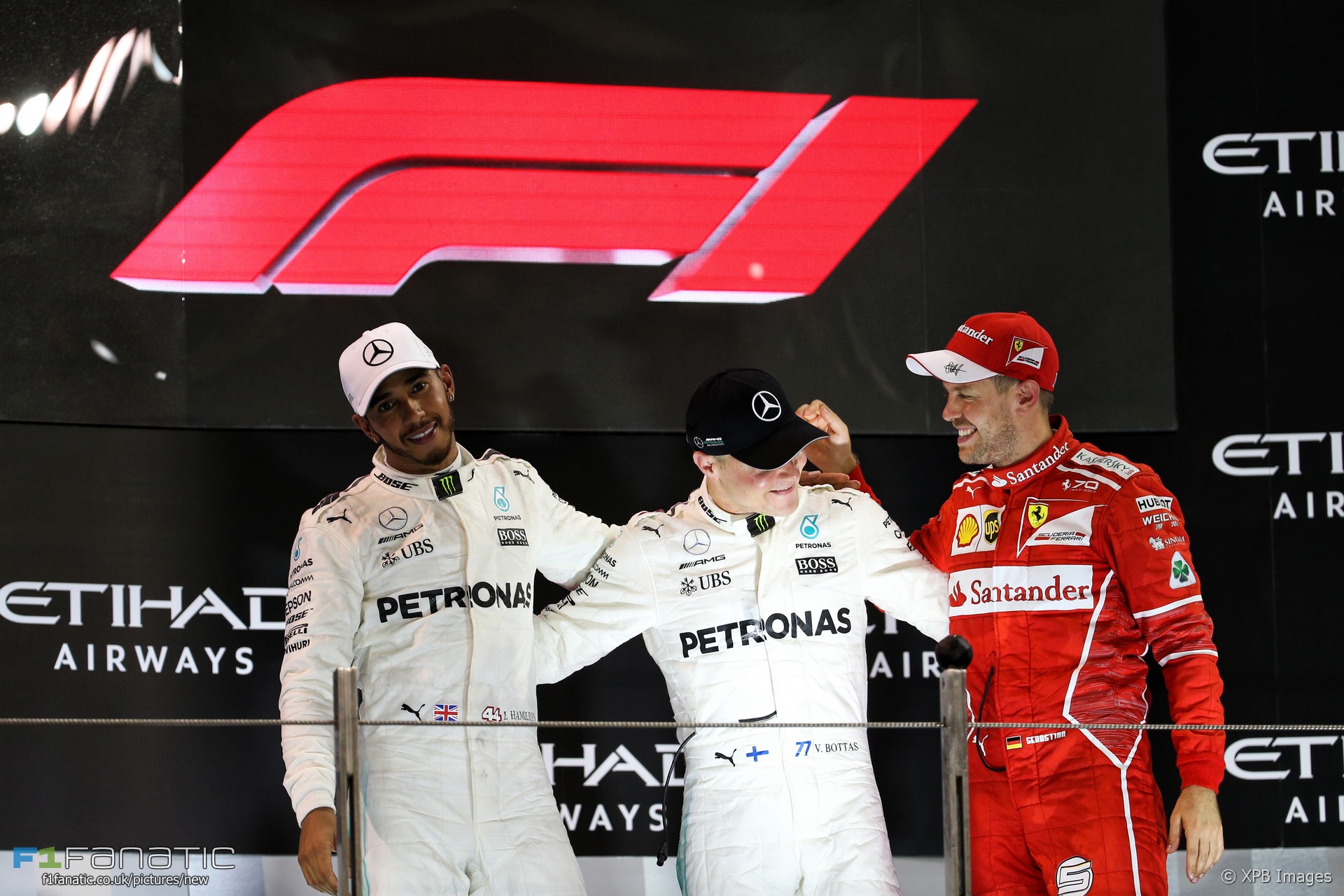 Valtteri Bottas says his victory in the Abu Dhabi Grand Prix was a “really important” triumph.

The Mercedes driver won twice before the summer break but had struggled to recapture his earlier form in the second half of the season. He took pole position for the previous race in Brazil but was beaten to victory by Sebastian Vettel.

However in Abu Dhabi Bottas this time converted his pole position into victory.

“It is a really, really important win for me,” he said on the podium after the race.

“After having a pretty difficult start to the second half of the year, working hard on all the issues, getting better and better with everything. This weekend with pole and win, I couldn’t be happier to end the season like this.”

Despite the win Bottas was unable to beat Vettel to second place in the points behind Lewis Hamilton.

Bottas came under pressure from Hamilton immediately after his pit stop and again later in the race but both times was able to keep his team mate behind.

“I was really managing the pace and that way the race,” he said, “that was the feeling and that was a nice feeling.”

“I had one bit of a lock-up when I was approaching one of the lapped cars but otherwise no issues. The last five laps I started to go a bit quicker, managed to build a gap, and really pleased. The car was so good.”