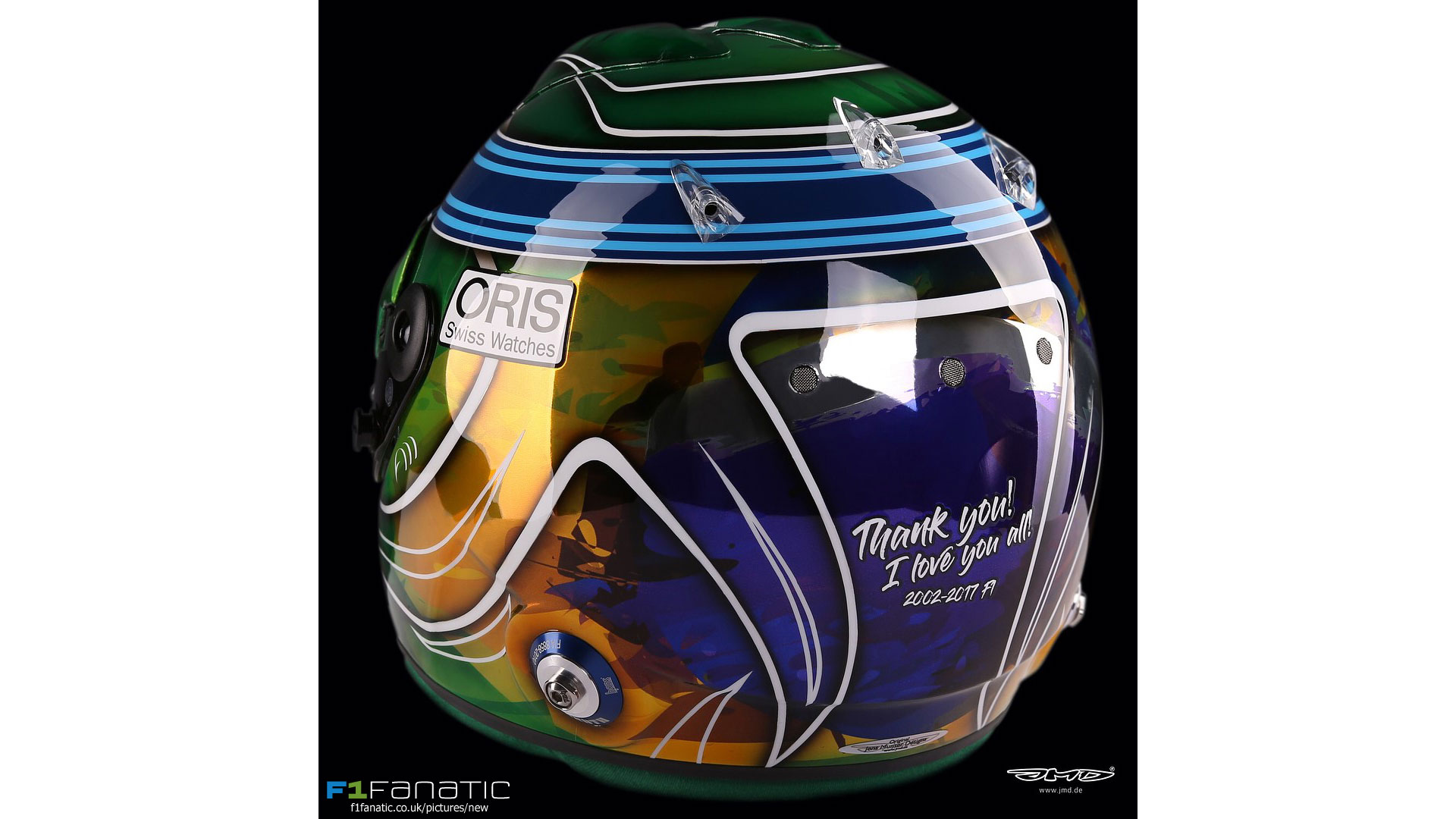 Felipe Massa has revealed a special helmet design he is using for his final F1 race this weekend.

The design incorporates the colours of the Brazilian flag and features the message “Thank you! I love you all! 2002-2017 F1” on the back.

Massa is bowing out of F1 this weekend in what will be his 269th grand prix start. He previously announced his retirement last season, but returned to drive another season for Williams after Valtteri Bottas moved to Mercedes at the end of last year.

16 comments on ““I love you all”: Massa reveals special farewell helmet”