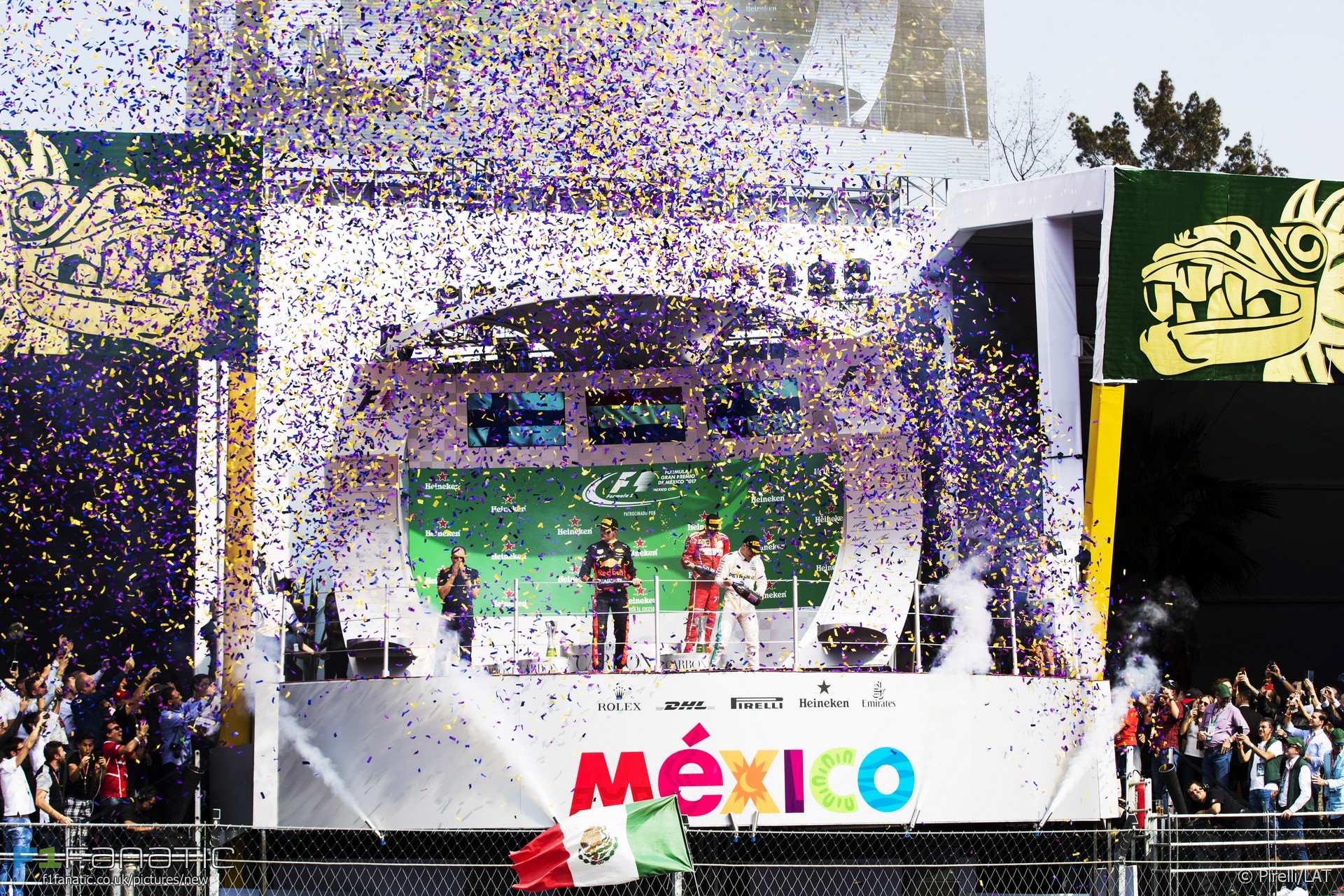 The tangle between Sebastian Vettel and Lewis Hamilton on the first lap of the Mexican Grand Prix meant neither finished on the podium and we had another low-scoring Predictions Championship round.

This weekend’s outright winner @Taki32 scored just 19 points after correctly predicting Max Verstappen would win ahead of Valtteri Bottas with Vettel fourth. They scooped a copy of the official Formula One game F1 2017.

Two players tied for second and third places. @Am46an took the runner-up spot and a copy of the official 2016 review video after winning the pole position time tie-breaker. Third place and a copy of F1: How It Was went to @ChairmanDrek.

There are two chances left to win those prizes this year, after which we’ll hand out the big prizes for the top scorers.

The F1 Fanatic Predictions Championship is free to enter. You will need an F1 Fanatic account to place so sign up here if you haven’t got one.