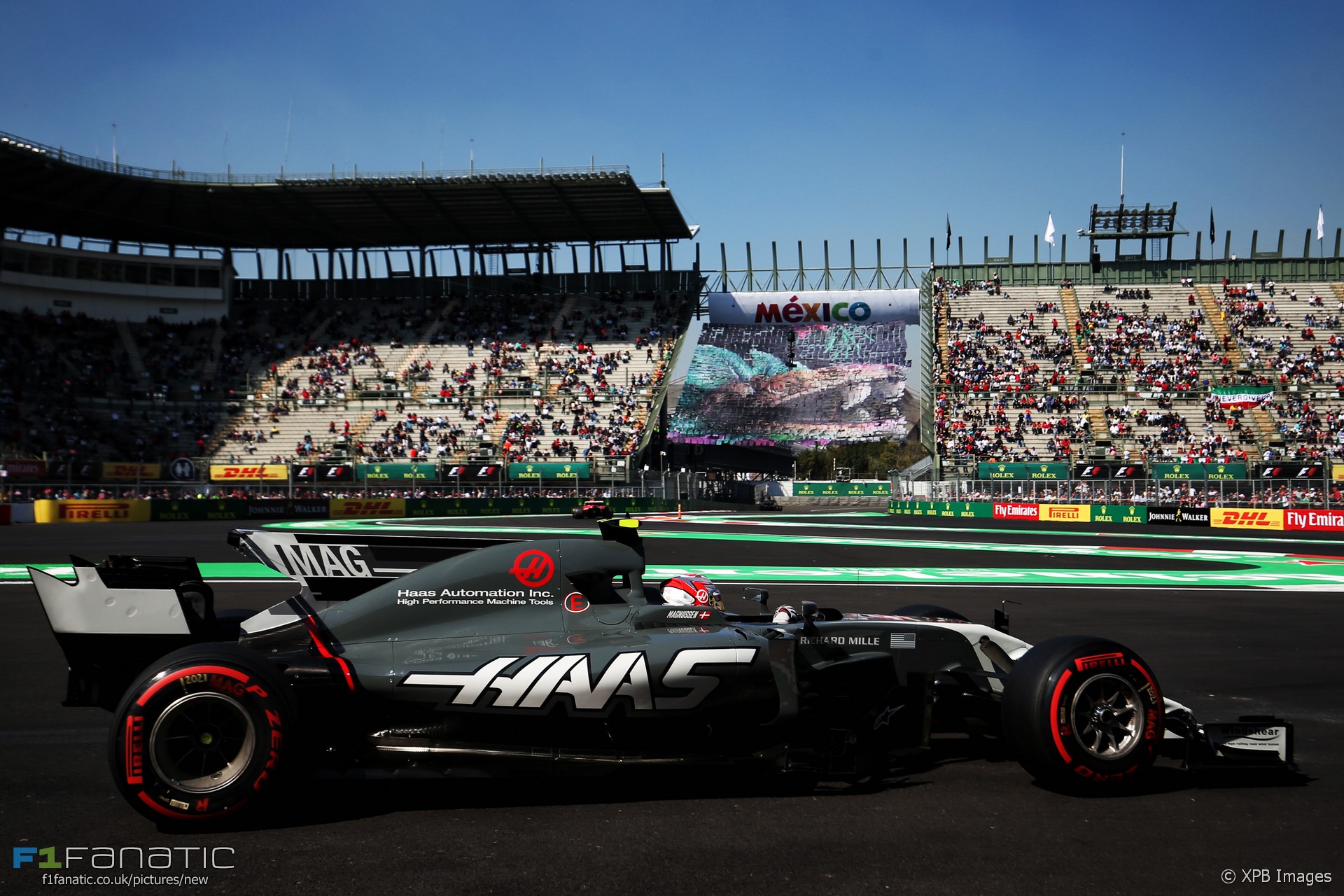 Pole position was there for the taking but according to his team much of the gap between Verstappen and Sebastian Vettel came down to a mis-timed energy deployment. Nonetheless he was well ahead of his team mate.

When the race started Verstappen was immediately on the attack, his racecraft muscular yet pinpoint-accurate as he dispensed with Vettel. From there on he never looked like being beaten. He’s had more exciting drives than this one, but none as consummate. On the day the latest champion was crowned, Verstappen looked ready to become the next one.

Shrugging off death threats and the inconvenience of not being able to drive in first practice, Ocon once again showed his team mate a clean pair of heels. He was superb in qualifying, where he also beat an out-of-sorts Daniel Ricciardo.

By the end of a frenetic first lap Ocon was up in third position. He later suggested he might have finished there had it not been for the Virtual Safety Car deployment which handed the place to Kimi Raikkonen, but realistically the Ferrari driver always looked likely to jump ahead. Vettel was also too quick for him, so the result was fifth and ‘best of the rest’ once again.

It wasn’t looking good for Haas after qualifying, with both their drivers knocked out in Q1. As was the case last year they just couldn’t seem to get a handle on the Autodromo Hermanos Rodriguez: Kevin Magnussen and Romain Grosjean were only separated by a few hundredths at the rear of the field.

Grid penalties moved them up the order, however, and at the start Magnussen made quick progress. He was swiftly up to tenth, an early pit stop for Felipe Massa gave him another place, and Daniel Ricciardo’s retirement left him eighth.

Surprisingly, he held that position until the end. Vettel inevitably came by but he was just quick enough to stay out of Lewis Hamilton’s reach. It helped matters that he was on a better strategy than the team’s other car, but this was definitely one of his best drives this year, and a vital boost for Haas in the constructors’ championship.

Wehrlein’s head seems to have dropped just when he needs to be making a case for himself to grab one of the midfield seats remaining in 2018. He was out-paced by Marcus Ericsson in qualifying, where he owned up to making a mistake, and in the race, where his tyre strategy looked rather optimistic.

Vettel delivered the goods in qualifying but was overwhelmed at the start. His clash with Hamilton looked more desperate than cynical, though he should count himself fortunate not to have picked up a penalty. After that he recovered well with utter tenacity. Raikkonen should have been further ahead of him at the end.

The new champion’s weekend was compromised from that moment on. Valtteri Bottas, who blamed his Q3 lock-up on having to dodge past Verstappen, might have beaten him to third on the grid had he not had to carry an extra lap of fuel. He had nothing for Verstappen in the race, however.

Ricciardo looked on course to bounce back from a frustrating Saturday when his power unit failed. He was joined in retirement by Nico Hulkenberg, who’s had particularly miserable luck of late, and Brendon Hartley, who continued to show promise in between his Toro Rosso’s periodic breakdowns. Ericsson ran in the points but a power unit problem ended his day. And Carlos Sainz Jnr picked up damage at the start which later forced him out.

Surprisingly Pierre Gasly’s car held to the end in what amounted to an extended test session. Car failures and Toro Rosso’s insistence on giving Sean Gelael his first taste of the track before Gasly meant the latter had only run 12 laps before the race began.

Sergio Perez continued to struggle at his home track though he would have been ahead of Lance Stroll if it hadn’t been for the VSC. An early puncture ruined Massa’s race.

Vote for the driver who impressed you most last weekend and find out whether other F1 Fanatics share your view here: