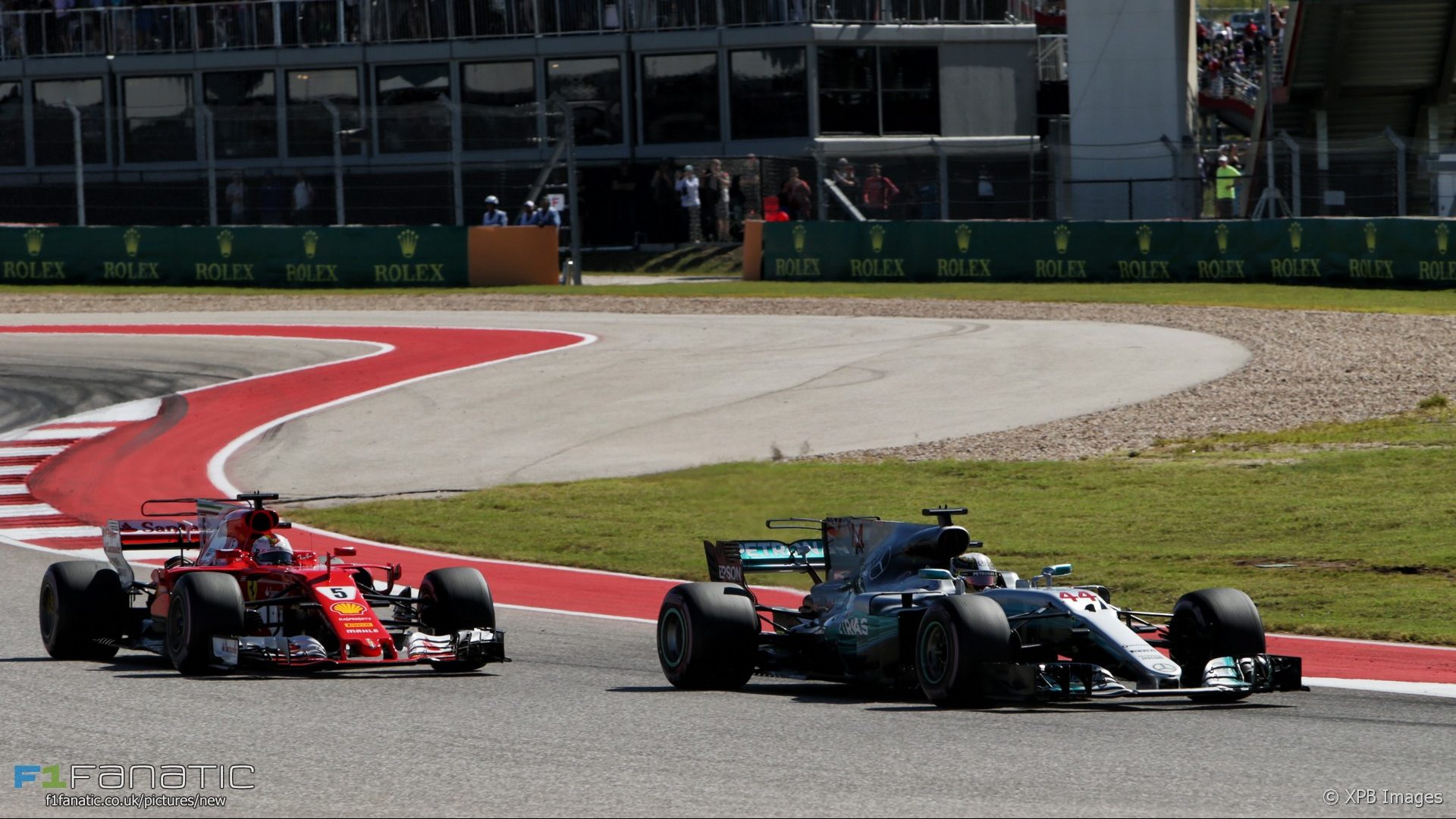 Lewis Hamilton said he was able to overtake Sebastian Vettel in the United States Grand Prix because his title rival was too hard on his tyres.

Hamilton lost his advantage from pole position within seconds of the race starting. “When Sebastian got a better start than me I didn’t know how it was really going to go,” said Hamilton, adding he “didn’t feel I was ever on the back foot.”

However within six laps Hamilton was by into the lead. He said afterwards Vettel had unnecessarily over-stressed his tyres.

“I noticed I was able to remain relatively close,” said Hamilton. “Initially I was thinking maybe I’d have to stay close and wait for the pit stops.”

“But then I could see him pushing and I’m thinking ‘I’m pretty good on my tyres right now, he’s going too quick through that corner, he’s going to kill his tyres’.”

“And that’s what he did, he was driving too quick through those corners and he didn’t have to. The temperatures would have been going up. If he had backed off in those places he would have been able to keep me behind, I’m certain, but he didn’t.”

Hamilton said Vettel “made a few mistakes, he was locking up, and I’m like ‘I got this’.”

“That’s a great feeling when you have that positivity and that confidence,” he added.

Hamilton’s ninth victory of the year means he is guaranteed the title if he finishes any of the remaining races in the top five.

28 comments on “Hamilton: Vettel killed his tyres in the first stint”