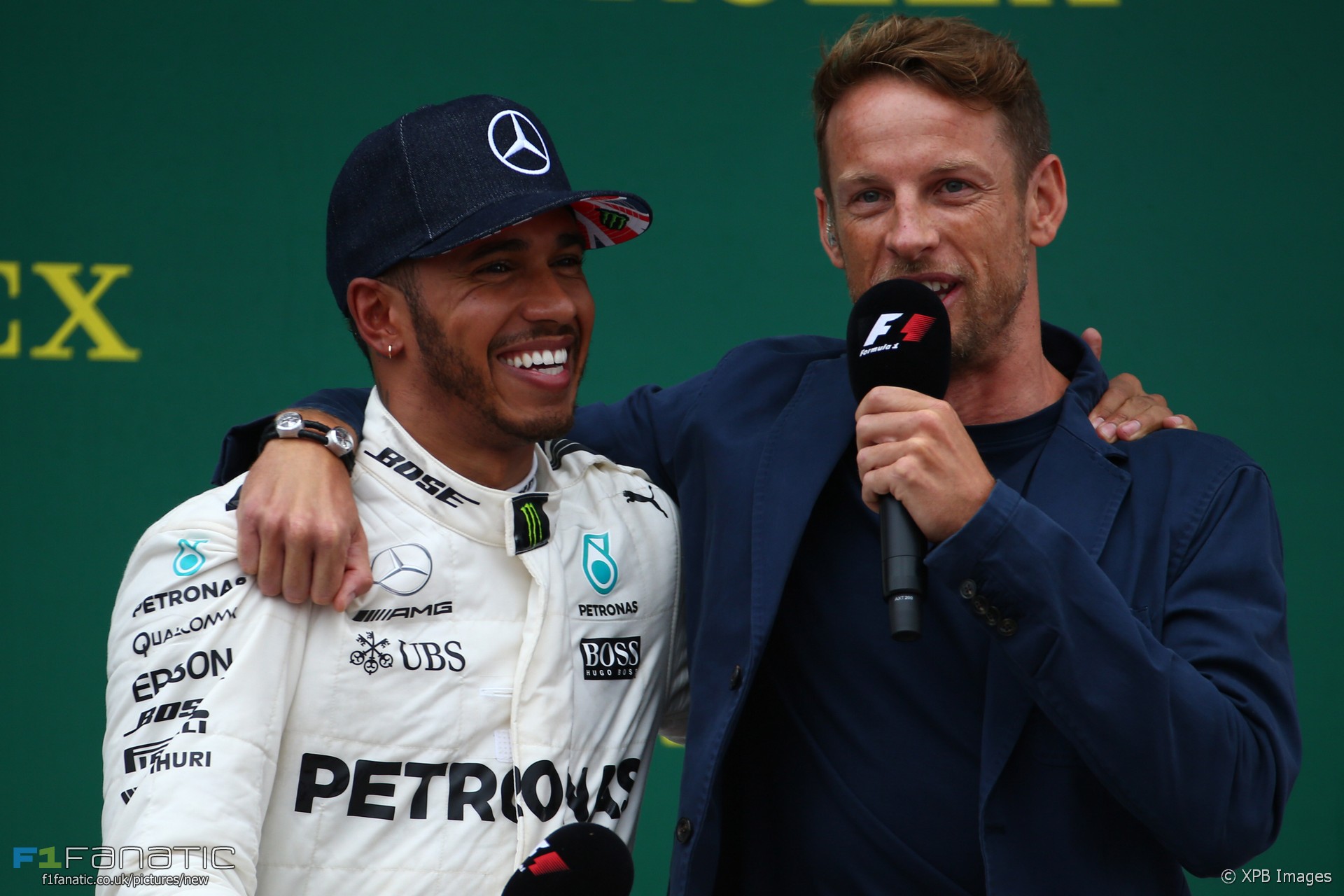 Lewis Hamilton has a chance of equalling Michael Schumacher’s all-time record of seven world championship titles, according to Jenson Button.

Hamilton can win his fourth world championship this weekend and has already surpassed Schumacher’s record for most pole positions earlier this season.

Asked in a BBC interview if he agreed only Schumacher ranked ahead of Hamilton in terms of being the sport’s greatest driver, Button said “when you look at the facts and the stats, of course.”

“I think we can honestly say he’s got a very good chance of winning this year. And I hope he does, last year was a very tough year for him in terms of he was very unlucky, this year it’s been on his side and he deserves to win the world championship.”

“Michael is still the greatest if you look at the outright results but if Lewis stays in the sport and Lewis stays as competitive he could get close to winning seven world championships. But only time will tell.”

Button took issue with some reports based on an extract published from his forthcoming book. He denied describing Hamilton as “weird” and pointed out he had only used that word to describe the relationship between.

“I actually read this the other day, I did some interviews this week leading up to the launch of my book, and it made me realise why I don’t like doing interviews,” said Button. “It was because they just grabbed ‘Lewis is weird’, which isn’t exactly what I said in the book, I was commenting on our relationship together and how it was strained.”

“And it was always going to be. We’re world champions in the same team, we’re both British as well in a British team. And I actually said that Lewis something which I thought was strange or weird. So it was worded slightly different. That’s why the book is so important to me because it’s my words, it’s not been taken out of context and used as a headline.”

‘Nobody gets excited’ by DRS passes

Asked which aspects of Formula One he’d most like to change, Button named at the Drag Reduction System and the current generation of engines.

“From a pure racer’s point of view I’d probably try and get rid of DRS,” he said. “Because nobody actually gets excited by watching those moves, you might as well get rid of it. Find other ways of making overtakes a little bit easier so you can properly fight for those positions, be proud of those overtaking moves.”

“But the big one is probably the sound. With the 1.6-litre V6s, doesn’t sound great. I’m definitely an old racing driver when I say ‘I remember the good old days of V10s and V8s’, but they were the good old days, revving to 21,000. The world’s changed, obviously we’ve got to try and be a lot greener, use electric and hybrid power. But true racer says V10 all the way.”