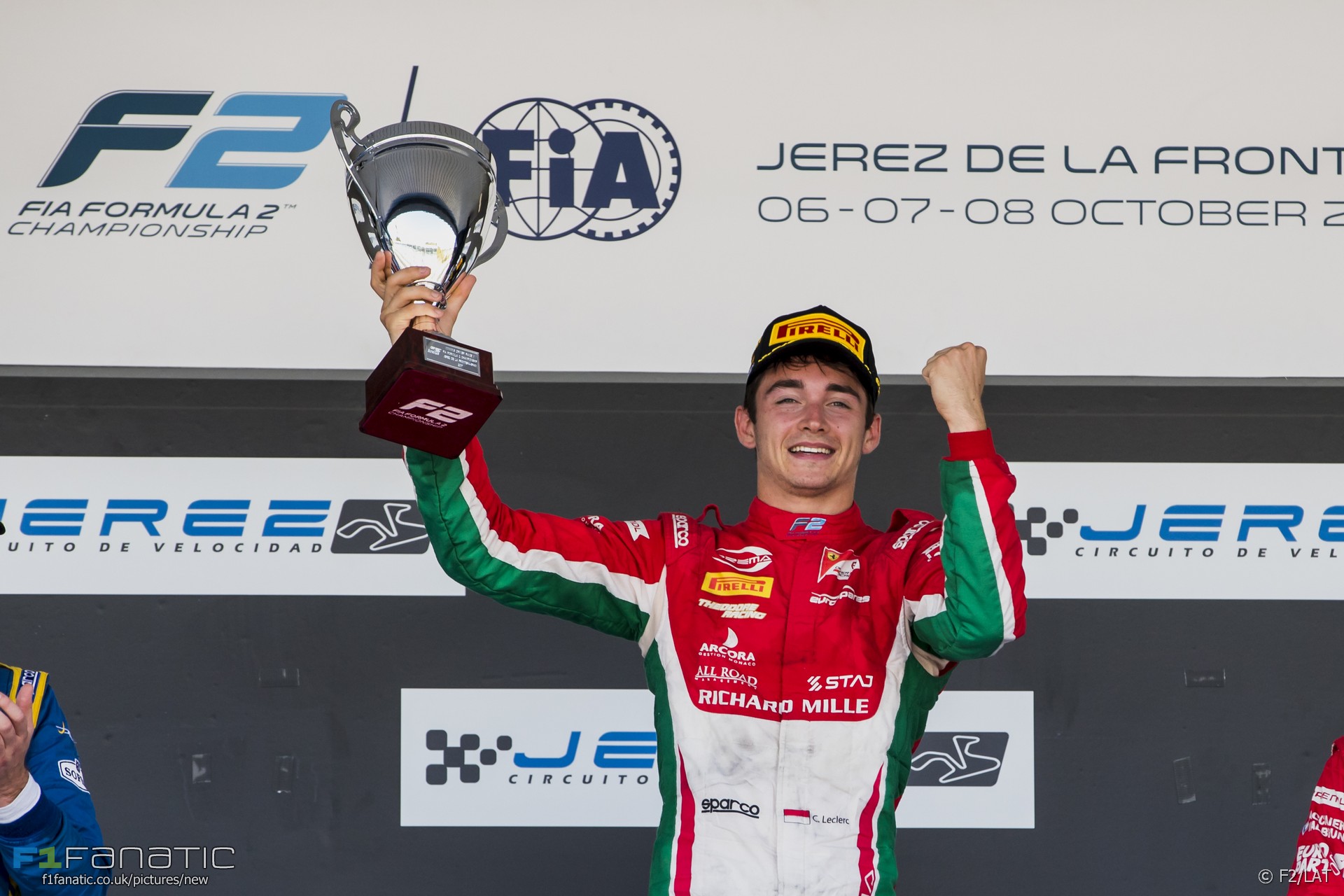 “Everything feels amazing now,” said Leclerc after sealing the title with victory in the opening race of the weekend at Jerez. That moved him out of reach of Oliver Rowland, who was his closest challenger in the championship.

The pair finished first and second, separated by two tenths of a second, after a frantic dash to the chequered flag following a late Safety Car deployment.

“It’s not been easy at all. We’ve had very good results, we’ve had some ups and downs, it was definitely not easy. But we’ve had an amazing year and an amazing car all year long which helped me win the championship.”

Leclerc claimed his sixth victory of the season, all bar one of which have come in the longer Feature races. He took pole position, as he has done in all bar two of the qualifying sessions this year. He would also have started from pole at the Hungaroring but was stripped of his times due to a technical infringement.

The 19-year-old is the first driver to win back-to-back championships in GP3 and Formula Two, which was previously known as GP2.

The title of F2 champion has been awarded for the first time in five years. The last driver to win a Formula Two championship was Luciano Bacheta, who won the final season of the FIA’s short-lived revival of the series in 2012.

Leclerc has previously driven for Haas and Sauber in F1 practice sessions and will return with the latter at the next round of the championship at the Circuit of the Americas.