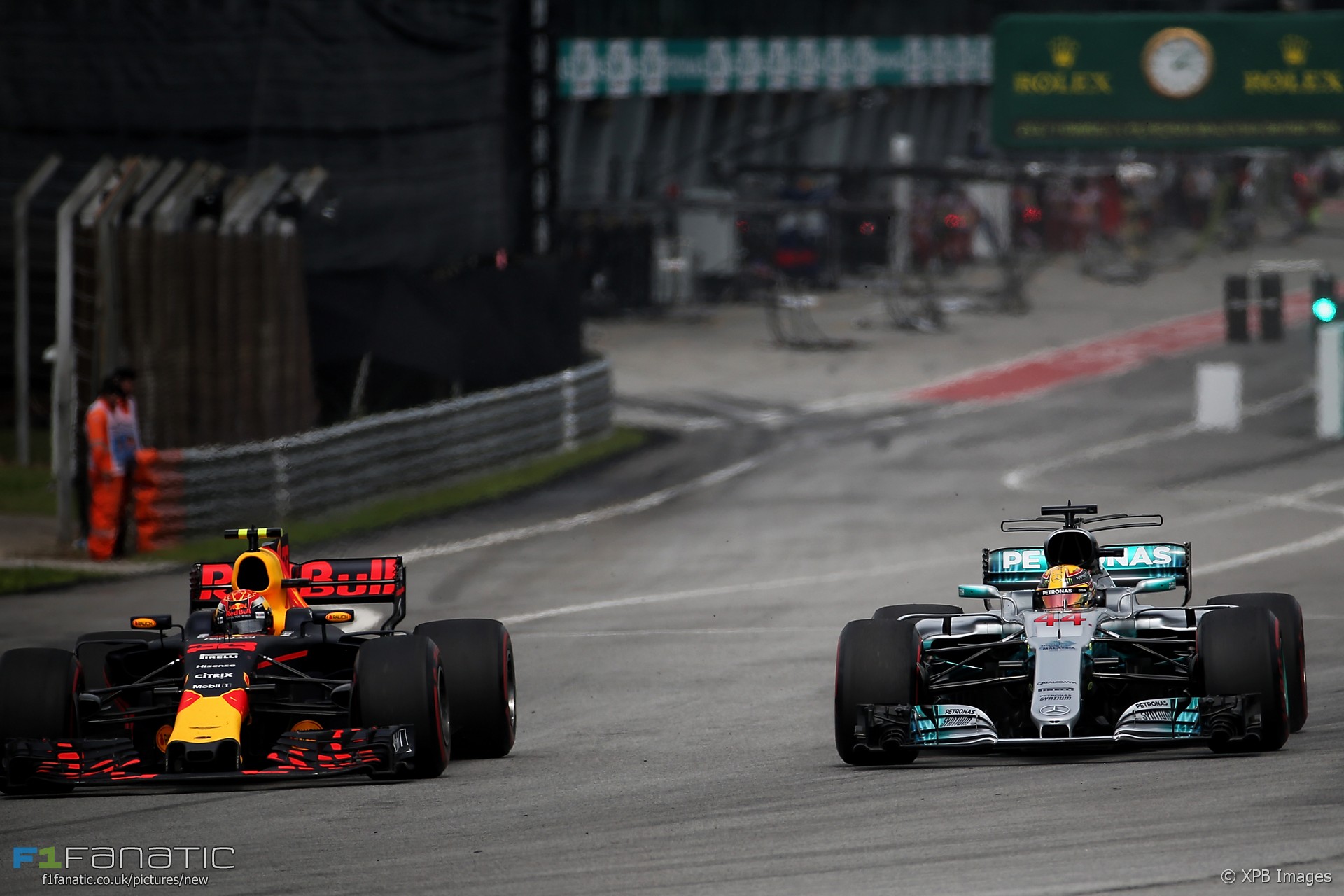 Max Verstappen scored the second victory of his Formula One career by winning the Malaysian Grand Prix.

The Red Bull driver passed Lewis Hamilton early in the race and took the chequered flag 12 seconds ahead of the world championship leader.

Daniel Ricciardo completed the podium in the second Red Bull after fighting off a late charge from Sebastian Vettel. The Ferrari rose from last on the grid to finish fourth but was involved in a bizarre post-race collision with Lance Stroll which the stewards are investigating.

Vettel’s was the only Ferrari to take the chequered flag as his team mate’s car was pushed off the grid before the race even began. A power unit problem was suspected on Kimi Raikkonen’s car.

Valtteri Bottas was passed by Ricciardo and Vettel. The second Mercedes finished a distant fifth ahead of Sergio Perez, who was the only other driver to finish on the same lap as the leaders.

Behind Perez, Stoffel Vandoorne took seventh for McLaren which moves him ahead of team mate Fernando Alonso in the championship. He was followed by the Williams pair: Stroll passed Felipe Massa for an eventual eighth place following their pit stops. Esteban Ocon collected the final point despite tangling with Stroll and Carlos Sainz Jnr during the race.

Fernando Alonso finished outside the points after a robust battle with Kevin Magnussen, who finished behind him. The Haas driver later tangled with Jolyon Palmer who spun into the side of his car at turn one.

Toro Rosso newcomer Pierre Gasly took 14th place on his debut. Sainz had to retire the team’s other car.

Hamilton’s now has a 34-point lead over Vettel in the drivers’ championship with 125 points available over the remaining five races.