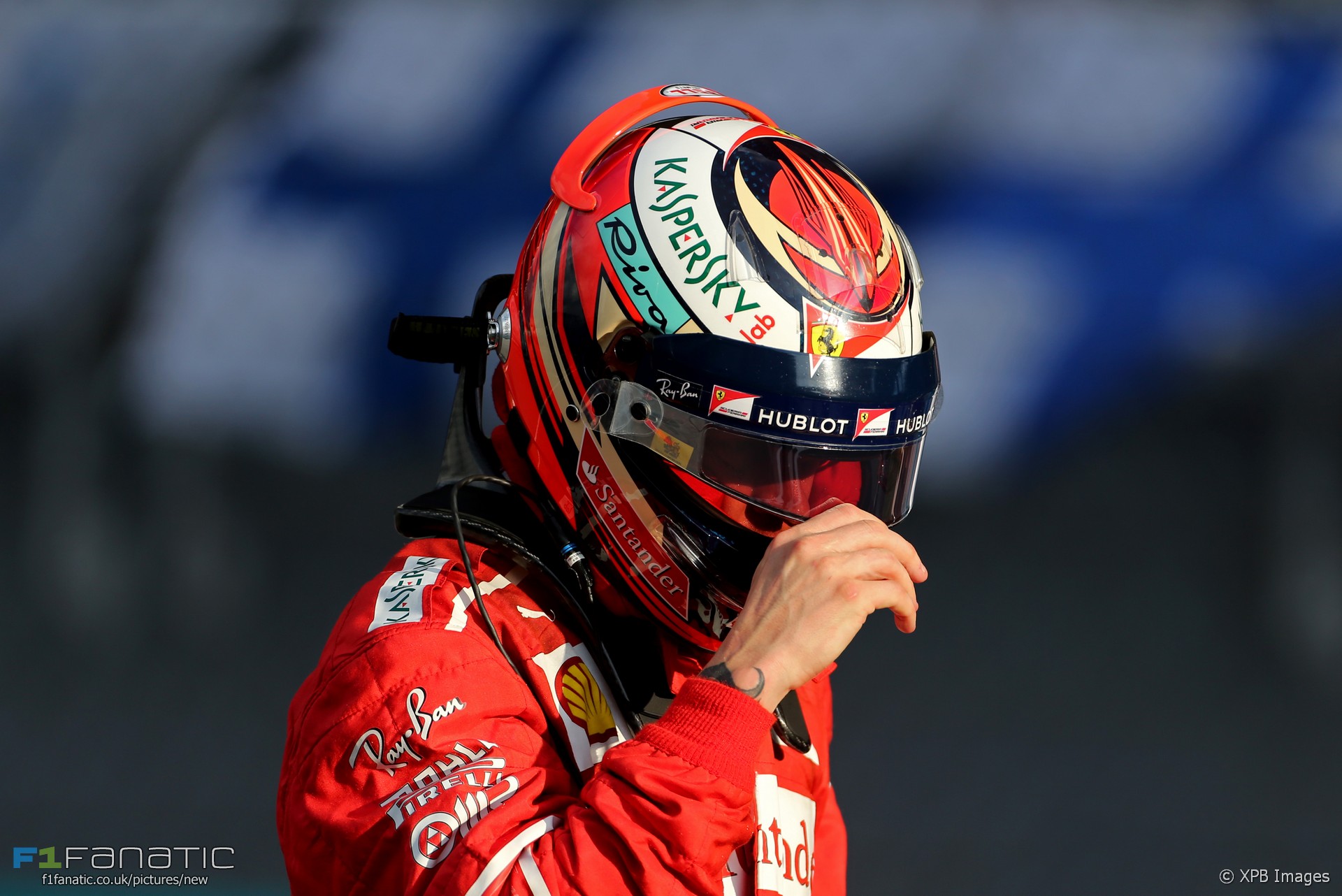 Sebastian Vettel’s best chance of limiting the damage to his championship chances this weekend arguably rest in his team mate’s hands.

With Vettel doomed to start last following his power unit failure in qualifying, Kimi Raikkonen is Ferrari’s best chance of victory this weekend. And despite missing out on pole position he is still in good shape.

Had it not been for a minor error at the final corner Raikkonen might have been the one starting from pole instead of Lewis Hamilton. The long, wide run to turn one should offer all involved plenty of room to avoid any Singapore-style gaffes. And the 683 metre stretch is going to make it hard for anyone to out-drag Hamilton’s Mercedes.

But from there on the race could turn in Raikkonen’s favour. With Vettel starting so far back he won’t have to worry about getting a second-rate strategy, as some felt he did in Monaco and Hungary. Ferrari want him up there, taking points off Hamilton.

Raikkonen’s race pace is almost invariably stronger than his one-lap pace. Hamilton and Mercedes did great work to conjure a great lap out of a misbehaving car in qualifying, but getting the best out of it for 56 consecutive laps is a different matter. And in this area Ferrari has tended to be a bit stronger than Mercedes, particularly in the hot conditions typical of Sepang.

The weather cannot betaken for granted, of course. And as Friday demonstrated, if we get another of those characteristic Sepang downpours it could play into Red Bull’s hands.

Starting last is obviously a blow for Vettel. But even if the race stays dry he should be able to come away with sixth place at minimum, such is the pace advantage the top three teams have over the rest. One-stop strategies are likely to be the norm, but Vettel could wield his stockpile of untouched super-softs to aid his progress through the field.

In Singapore last year he was consigned to starting at the back due to technical problems in qualifying. On that occasion he climbed from 22nd to fifth on a circuit much less conducive to overtaking than Sepang, albeit aided by an early Safety Car.

He took the chequered flag one place behind Raikkonen. An intriguing question is what would Ferrari do under similar circumstances this weekend. If Raikkonen fails to finish ahead of Hamilton he championship chances will be over. So would Ferrari pre-empt that on the final lap by having their drivers swap positions?

That would be the most depressing possible outcome for Raikkonen. But a much better result is a realistic possibility.

Can Raikkonen deny Hamilton another victory? Where will Vettel finish from last on the grid?

Share your views on the Malaysian Grand Prix in the comments.