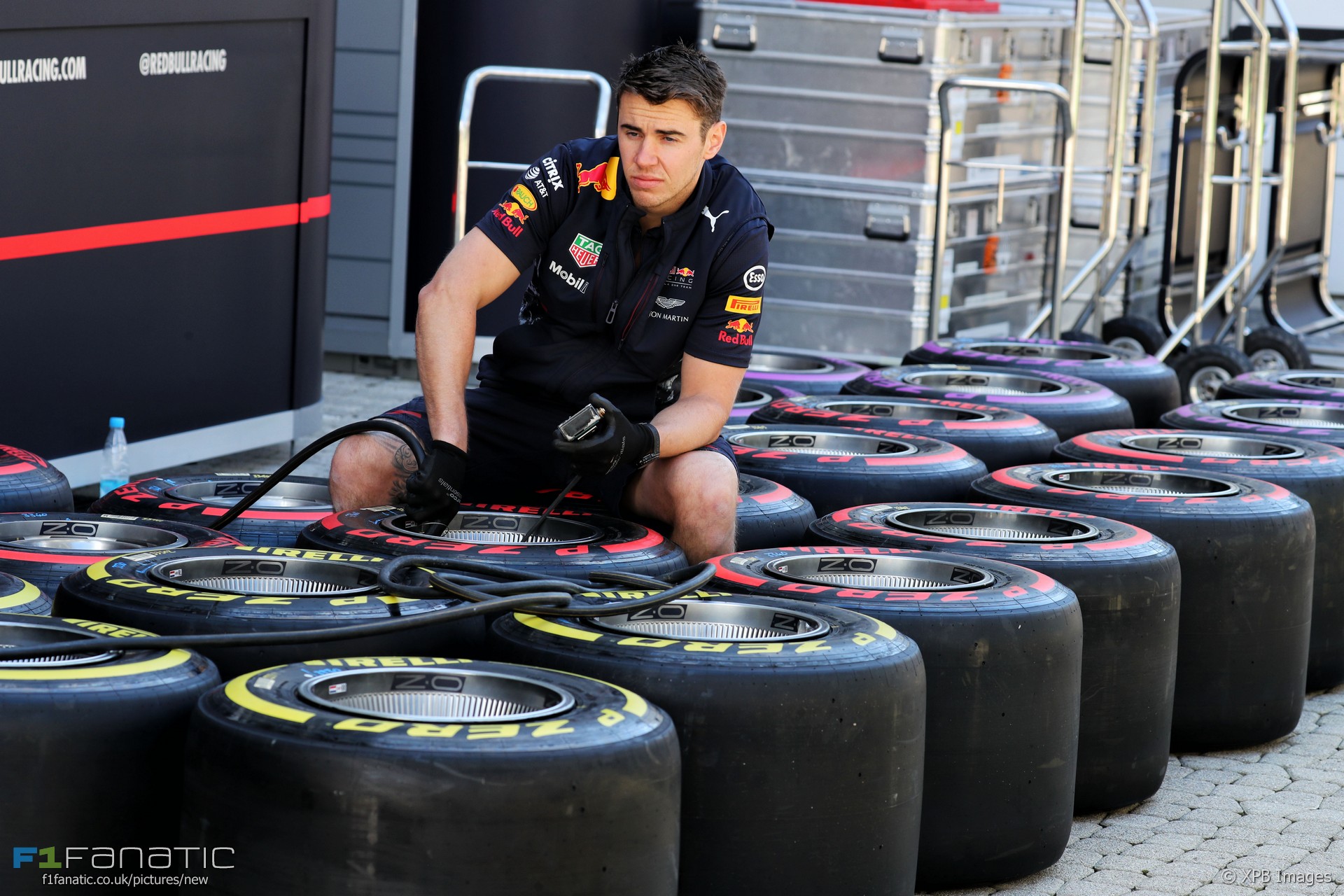 Pirelli plans to add a sixth tyre compound next year in order to expand the range it can offer at each race weekend.

“We have defined the construction and we released the data to the teams on September 1st,” said Pirelli’s head of car racing Mario Isola. “We have a new construction front and rear, we will give some additional information soon.”

“Obviously we are now working on compounds because the target is to go one step softer compared to this year. We know that this year we have been quite conservative but it was not easy to develop the new sizes with the new cars so we decided to be on the conservative side. The current soft will be the new medium next year.”

Pirelli has only brought the hardest of its compounds, the hard tyre, to a single race this year. It has not been seen since the Spanish Grand Prix and no driver used the hard tyre during that race.

At present Pirelli nominates three compounds of dry-weather tyre per race weekend from its five available types. The total number of compounds it can offer is not defined by the sporting regulations.

The number of available compounds increased from four to five last season and Pirelli is now planning a further rise.

“We intend also to increase the number of compounds,” said Isola. “It is still not defined but but we will have probably next year more compounds to give us more freedom in the selection for one event.”

“There is no modification on the sporting regulations so it’s still three compounds per event, the target is to have more flexibility.”