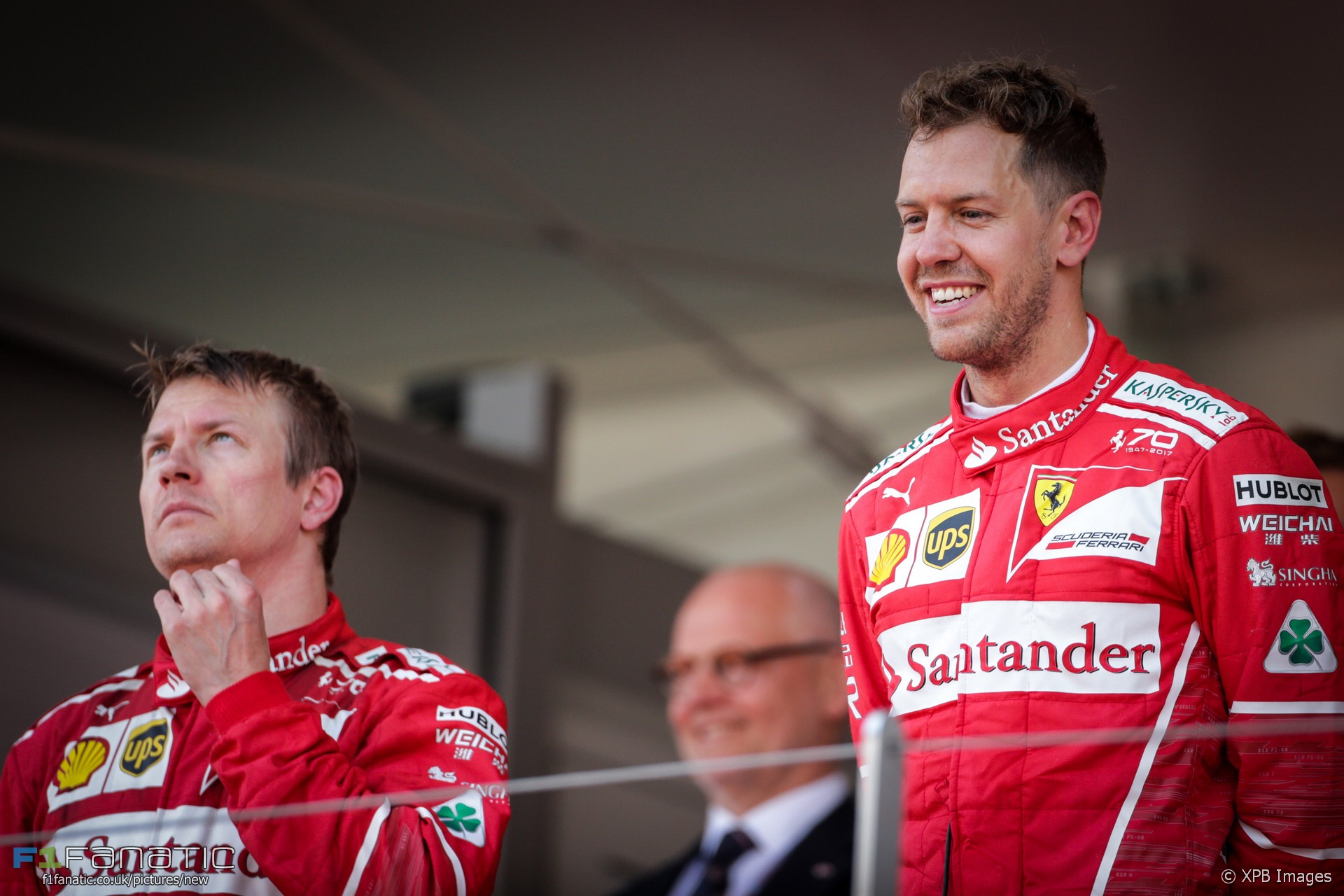 The only piece of good news for Sebastian Vettel after his first-lap retirement in Singapore was this: At least he took his team mate out with him.

Kimi Raikkonen’s third no-score of the season means he is now 125 points behind the championship leader. It’s therefore highly likely he will be mathematically out of contention after the next race.

Raikkonen’s chances of winning the title this year are already unrealistically slim. But if he doesn’t out-score Lewis Hamilton by at least one point in Malaysia they will become zero.

The end of Raikkonen’s title chances will make him a more useful ally in Vettel’s fight against Mercedes. Raikkonen confirmed in Azerbaijan he will help Vettel’s cause “when I don’t have a chance mathematically any more to fight for the championship”.

Arguably he’s already proved useful on at least two occasions this year: he was eased aside in Monaco to help Vettel win and provided a valuable buffer to Hamilton in Hungary while Vettel grappled with wonky steering. But he has been allowed to fight his own race up to a point. But once his title hopes are over Ferrari will be able to plan the tactics for their number two driver around how he can best help their only remaining title contender.

Mercedes are not yet in a position to do the same with Bottas. His deficit to Hamilton is less than half what Raikkonen’s is, so it could be several races yet before they are ready to.

This is not to say Bottas hasn’t been useful to Hamilton’s championship chances. Raikkonen has only finished in front of Hamilton, depriving him of valuable points, on three occasions. Bottas has done the same to Vettel twice as many times. And the effect has been even greater at Mercedes: Raikkonen has taken eight points off Hamilton whereas Bottas has deprived Vettel of 25 – more than three times as many. But the fact Bottas has been more competitive than Raikkonen means he has also taken points off Hamilton too.

Raikkonen’s usefulness to Vettel will increase once his title hopes are over. Ferrari have no qualms about exploiting their number two driver to the fullest when only one of their drivers has a chance to win the title. This is the team which once deliberately incurred a gearbox penalty on one of its cars to move the other one into a better grid position.

Singapore was Ferrari’s best chance to score another one-two finish before the end of the season. Vettel should have gone to Malaysia back in the lead of the drivers’ championship.

Will having Raikkonen as his wing-man be the boost Vettel needs to overcome Mercedes’ expected performance advantage over the remaining rounds?

In Spa Ferrari opportunistically tried to use Raikkonen to delay Hamilton after the Mercedes driver had pitted. Once his title hopes are over they may push this further, planning Raikkonen’s entire strategies around how to delay Hamilton and help Vettel. And of course in any situations where Raikkonen finds himself running ahead of Vettel he can expected a swift instruction to move aside.

The championship battle has moved into a new phase. Vettel is now the hunter instead of the hunted. But after Malaysia there is likely to be more than one car on track with the expressed goal of trying to win the title for him.