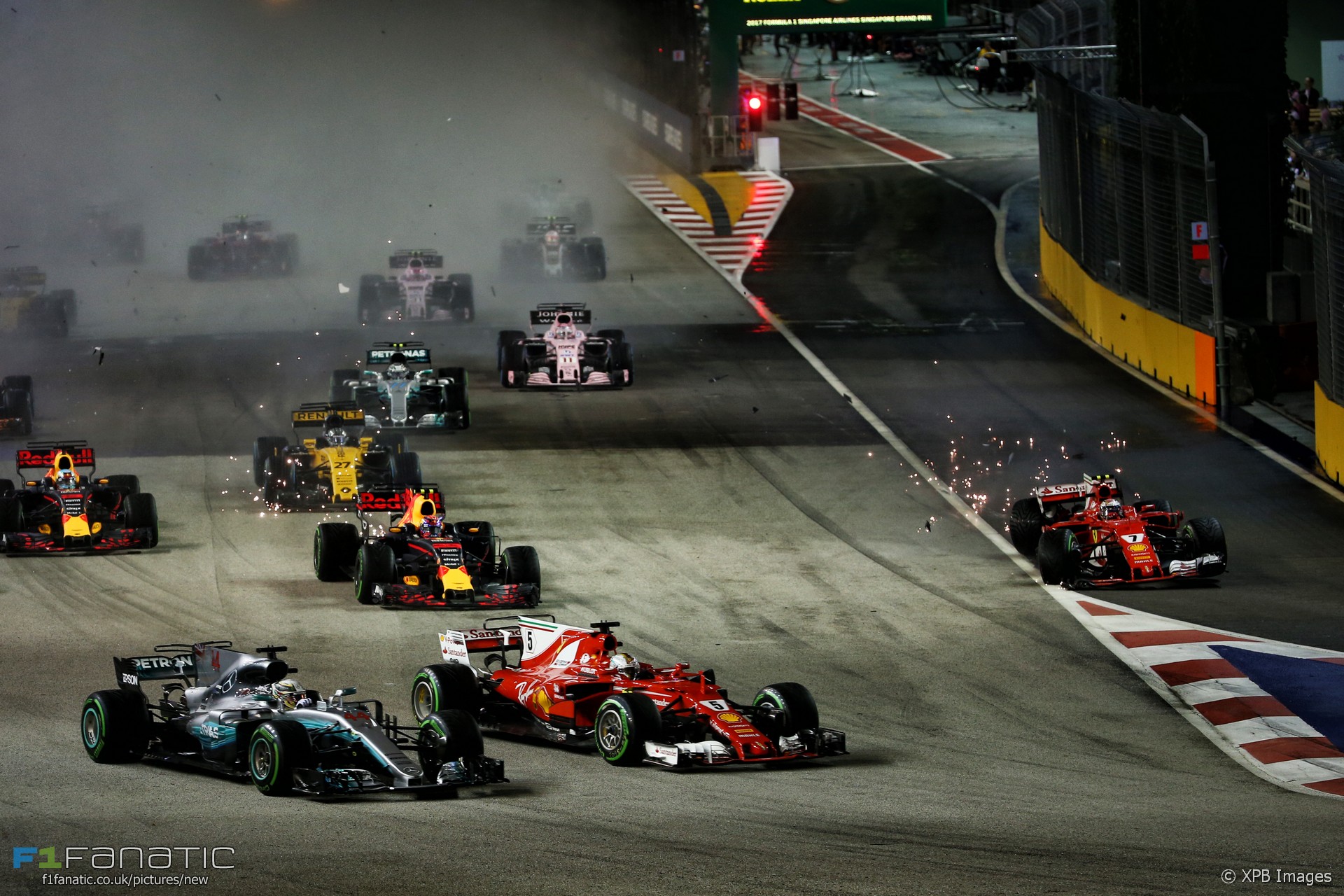 What did you think of today’s race? Share your verdict on the Singapore Grand Prix.

Since 2008, F1 Fanatic has held polls on every F1 race to find out which fans thought of each round of the season.

This poll has now closed. The 2017 Singapore Grand Prix received an average rating of 6.4 out of 10 which is the lowest this race has received since 2013.