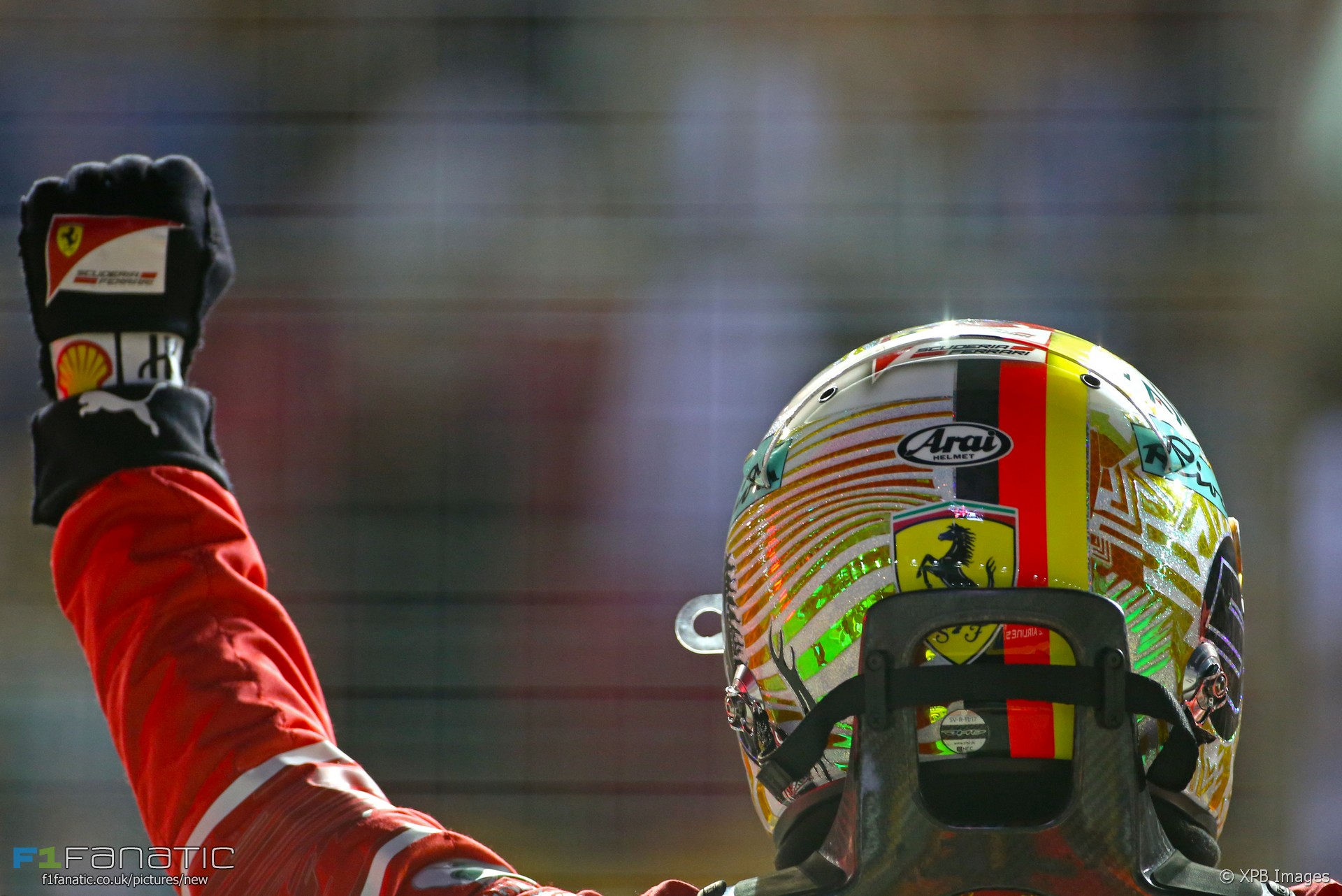 “Hamilton must seize his chance to take points lead,” was the headline for this article two weeks ago ahead of the Italian Grand Prix.

The Mercedes driver duly capitalised on his opportunity to move to the top of the points table at a track which suited Mercedes. Now Sebastian Vettel has to do the same at a circuit which flatters the Ferrari.

The Red Bull looks great here too, and it’s from there which Vettel’s biggest threat will surely come in the race. The grid is framed like a repeat of 2015, but this time Vettel faces an even stronger Red Bull contingent with both its cars immediately behind him.

In that race Red Bull expected to be stronger during a stint but never got to exploit that potential as Vettel was able to make both his pit stops during Safety Car periods. However this year Pirelli expect drivers will only need to make a single stop.

The tyre manufacturer suggests that the rate of degradation on the ultra-soft will determine how early the drivers make their first stop and that in turn will influence whether they opt for super-softs or more durable softs. But of course the circumstances of the race are bound to have an effect.

That includes the possibility of a Safety Car appearance. But while this race have never gone the distance without one, last year the Safety Car was never seen after lap two.

A common theme this year has been that as the six quickest cars draw away from the slower runners it create a substantial gap for the leaders to make their pit stops. If Vettel is ahead, will he may have to take the first opportunity to pit and come out in clear air even if it means coming in early and worry about the subsequent tyre degradation later.

However if the top three hold their positions at the start, as they did in the last two races here, Red Bull could have the option to attack Vettel by bringing one driver in aggressively early and leaving the other out late.

“If we get the start right tomorrow then we can put some pressure on him through our strategy,” observed Daniel Ricciardo after being disappointed to miss out on a front row start. ” still believe we have a good chance to win this race.”

For Lewis Hamilton the race will be a question of taking whatever opportunities arise and minimising the likely losses to Vettel in the championship fight.

While Vettel has two Red Bulls to resist at the front, Nico Hulkenberg is in a similar situation with respect to the two McLarens, who he was very pleased to beat to seventh place. He’s not had a great record here recently, however: Last year he failed to make it to turn one and the year before that he was eliminated in a collision with Felipe Massa.

This should be McLaren’s best chance of getting a big points haul in the second half of the year but Fernando Alonso is wary about the long stints expected. “Yesterday’s long runs were not long enough,” he noted. “Added to the difficulty of overtaking on this track, positions will be more or less set after the first lap.”

NB. Data for Jolyon Palmer is not currently available

Will Vettel resist Red Bull again to take his fifth Singapore Grand Prix win? And how many times will we see the Safety Car on Sunday?

Share your views on the Singapore Grand Prix in the comments.