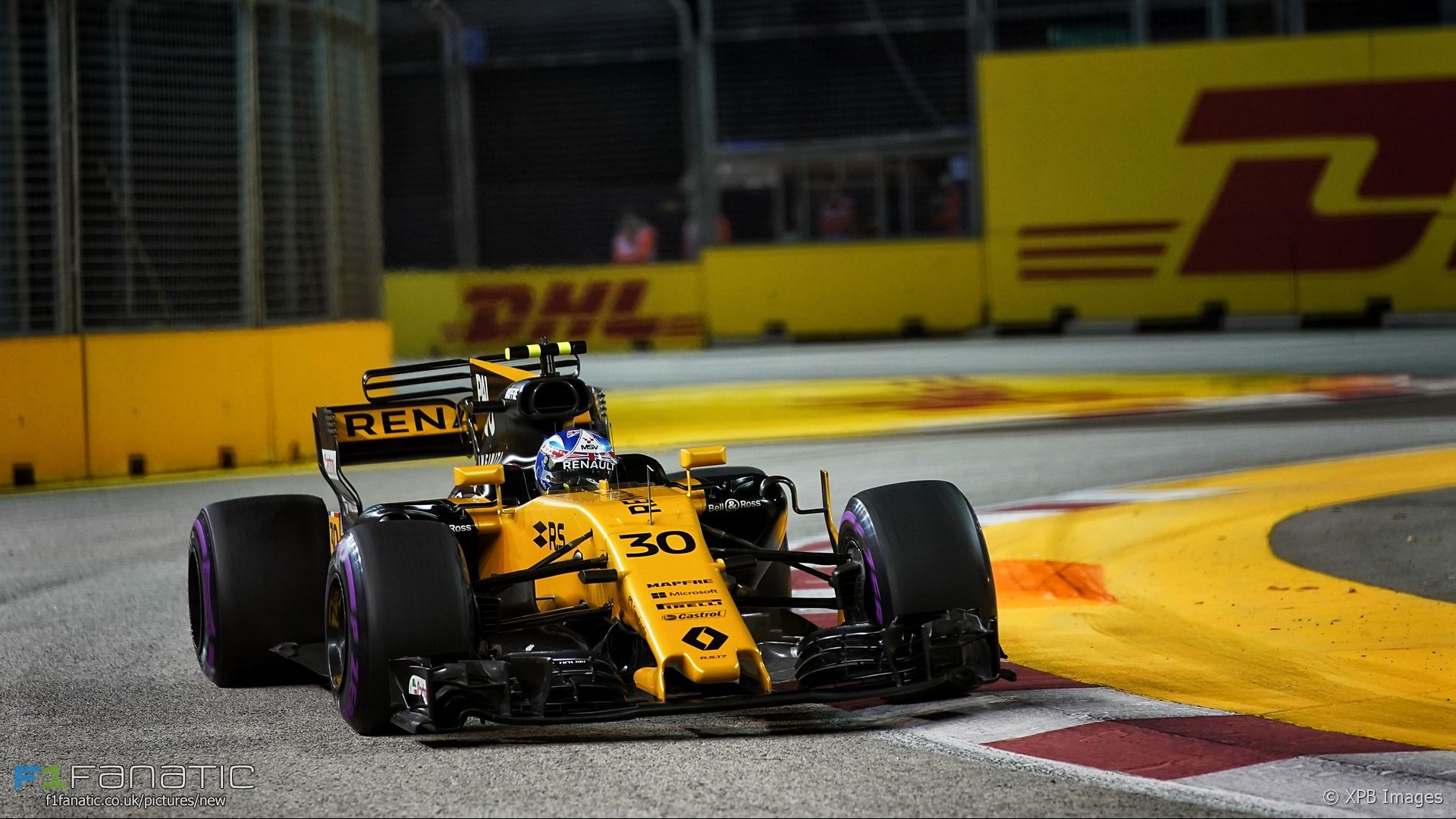 The progress Renault has made with its car since last year was demonstrated clearly in Singapore, where the RS17 lapped almost six seconds quicker than its predecessor did 12 months ago.

Nico Hulkenberg qualified ‘best of the rest’ behind the big three teams with a lap of 1’41.013. That was 5.8 seconds quicker than the team’s best qualifier last year.

The huge scale of their gain can be seen below. Ferrari made the next-biggest step from 2016 to 2017 but the improvement was a comparatively smaller 4s by comparison. However as Ferrari had a car in Q3 last year, this comparison will flatter Renault slightly.

McLaren have lowered their lap times by 3.3 seconds compared to last year which is the third-best of any team. However they are so unimpressed with the progress Honda has made they announced yesterday they won’t use the Japanese manufacturers’ engines in 2018.

At the tail end of the grid it has been another poor weekend for Williams and Sauber. The latter are less than a second quicker than they were 12 months ago.

After the blip of Monza, where very wet conditions on Saturday meant we never saw the full extent of the cars’ capabilities, another track record fell in Singapore this weekend.

It was the biggest improvement yet, as Sebastian Vettel’s pole position time lowered the previous mark by three seconds.

Unlike most other tracks on the calendar the current configuration of the Singapore track had only been used twice before.