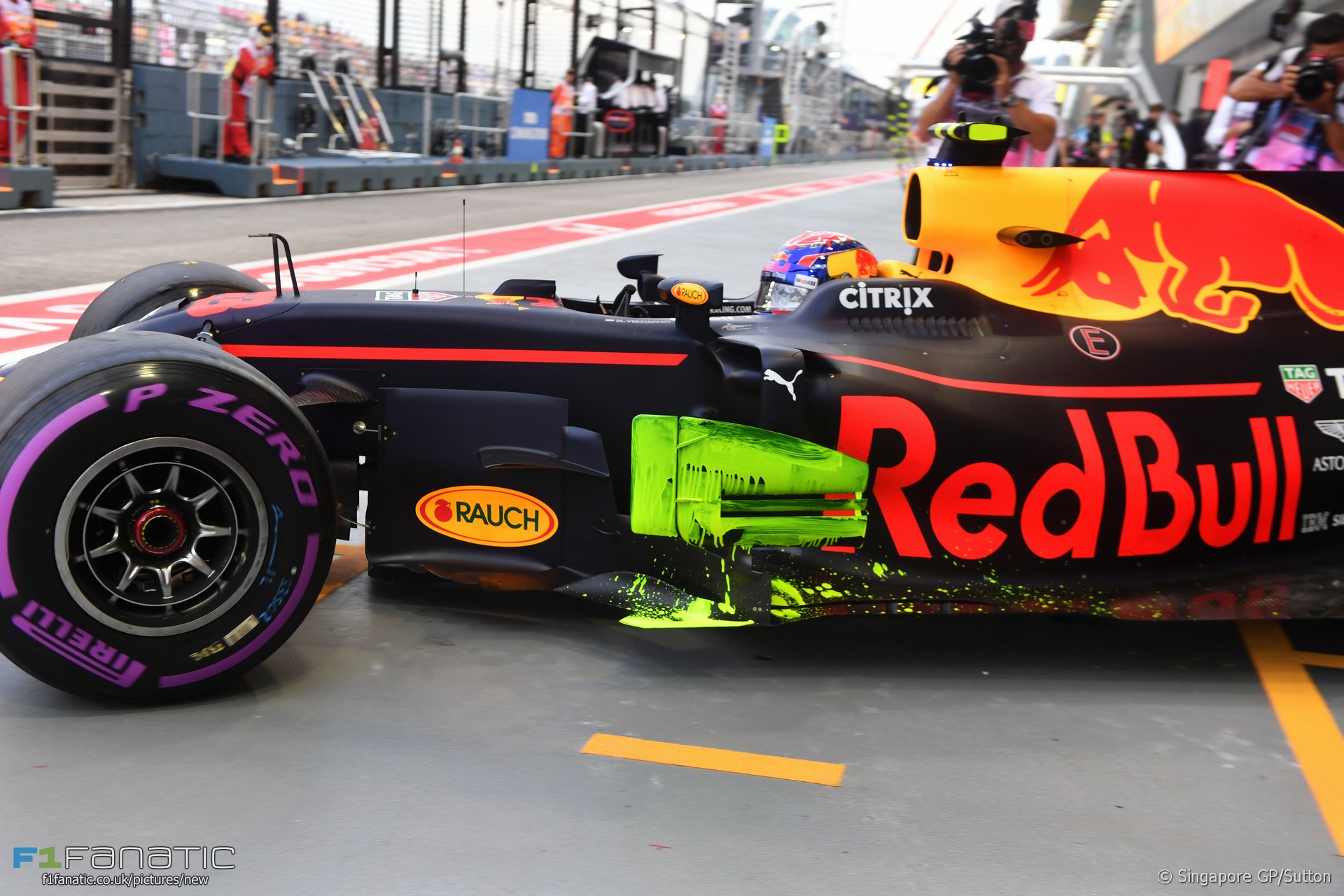 The first day of practice for the Singapore Grand Prix can be summed up as follows: Red Bull are quick, as expected. Mercedes are not quite there, as expected.

They were bang on the pace of Red Bull in first practice. But the opening session is always a particularly unrepresentative one in Singapore as the street track is very ‘green’ and the lingering sunlight keeps the temperatures high.

In second practice Sebastian Vettel delivered a tantalising glimpse of pace by setting the quickest time of any driver through sector one.

Then he clipped the barrier at the exit of turn ten. Could he have sustained that pace over the rest of the lap? We may find out tomorrow. Expect Ferrari to have more performance in reserve from their engine, but Red Bull have some useful steps forward here too.

ExxonMobil have provided a fuel upgrade for this race. And both RB13 sported Ferrari-esque front sidepod extensions during practice. It helped add up to a lap time advantage of seven-tenths of a second over the Mercedes. That’s comparable to what they had on Friday in Monaco – a similar if far shorter course.

“After such a good day we have to believe that a very good result in qualifying is possible, so we will go for it,” said Max Verstappen. “Compared to our competitors we look very strong, we didn’t expect to be this competitive so of course this is very pleasing for us.”

If Ferrari are capable of going quicker than Red Bull, it doesn’t look like being by very much. And the RB13 looked very good on a long stint (see below). Still on the strength of today’s sessions session it seems it will be these two teams leading the charge in qualifying.

For championship leader Lewis Hamilton, Red Bull’s form could be a relief if he does indeed only have the third-quickest car. “Red Bull seem like they’re very strong and they’re thereabouts with Ferrari,” he admitted. “So we’ve got some work to do. But nothing is out of reach.”

The battle behind the big three should be close too. Both McLaren drivers looked well hooked-up on what could be their last strong track until their Renaults are installed. Nico Hulkenberg was well up too in his Renault. Force India’s pace may come as a disappointment to Toro Rosso, however.