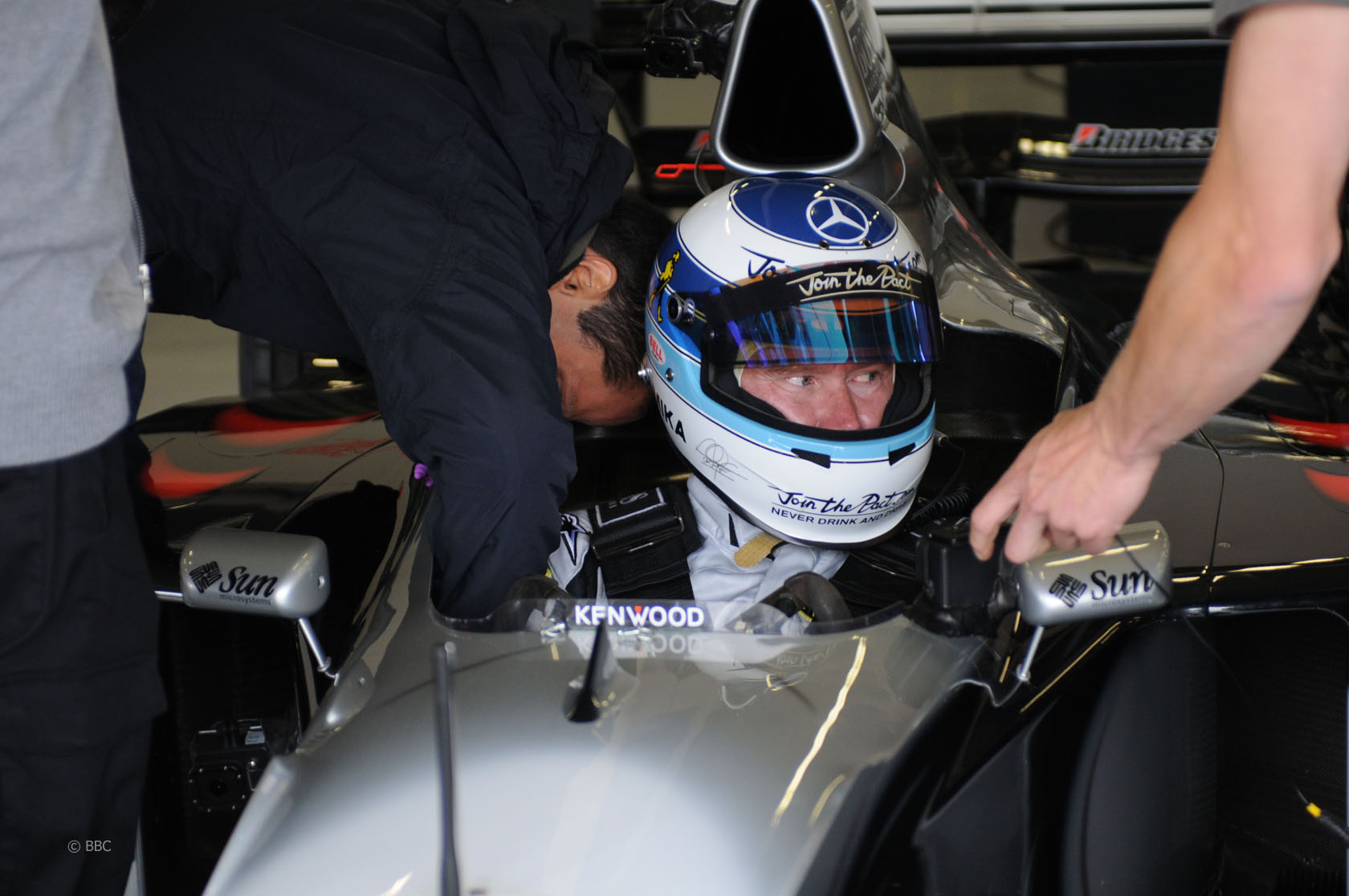 Mika Hakkinen has spoken about how his 2006 test for McLaren persuaded him not to return to Formula One after his 2001 departure.

The two-times world champion announced he was taking a sabbatical at the end of 2001 but never returned to the sport. He tested for McLaren at the end of 2006 but said in a recent interview with Unibet that although he felt ready to return he decided not to.

“It was close,” said Hakkinen when asked whether he might have returned to racing.

“I retired in 2001, the next one was the sabbatical. But a few years after that I started to have a certain feeling. I felt mentally and physically ready to return to F1.”

“I trained an awful lot. I flew to England to use McLaren’s simulator. I spent days in the simulator. It was probably 2004 or 2005. I was completely ready to return to F1. And as a double world champion I knew quite well how to be fit for action, I’d be better than ever.”

Hakkinen drove for McLaren between 1993 and 2001 but he initially explored the possibility of returning with another team.

“I negotiated with Williams but it didn’t work out,” he said. “It was largely because he negotiations went up and down. I didn’t like it.”

“Finns are very black and white. If you do something, you do it. You go straight to the point. And although I understand these are complicated matters, but they couldn’t get a better driver than a double world champion.”

Nearing the end of 2006 McLaren needed replacements for Ferrari-bound Kimi Raikkonen and Juan Pablo Montoya, who had quit F1. Fernando Alonso was already contracted to join the team in 2007 and then-GP2 champion Lewis Hamilton was being considered for a seat.

Hakkinen said “McLaren and Ron Dennis told me at the start of the sabbatical that I can return at any time” and he had begun preparing for a possible return.

“I started to train, used the simulator and tested at Barcelona,” said Hakkinen. Everything was ready for me to return.”

Hakkinen drove the team’s MP4-21 in a test at the Circuit de Catalunya after the championship had ended. But his day in the car was spoiled by a technical problem.

“I’ll never forget that testing session,” he said. “I know the track inside out, lots of mechanics I knew.”

“The day before I went to see Lewis test and how things had changed. At the end of the day one of his computer systems broke down. It controlled the MCU system in the engine. If I remember correctly it controls the gearbox, engine and carburettor flip, meaning that when you shift down the computer tells the engine to give throttle so that the rear wheels won’t lock up when the gear is smaller.”

“After the system broke I had to use an old one. It didn’t work with the new engine. The package wasn’t synchronised. Every time I braked the wheels were locking up. It was impossible. I said ‘come on guys, fix everything for tomorrow, let’s start the test session as agreed’. It didn’t work out. I couldn’t give the perfect performance because the wheels kept locking up.”

“I tested and drove all day long, lots of laps after all those years, everything went well. We analysed everything. I was aware of the problem. We couldn’t help it. We couldn’t fix it because we didn’t have a new part.”

Hakkinen said he was “relieved” afterwards to have realised he wasn’t ready to come back.

“This is Formula One. It’s constant problem solving, it’s nothing but suffering. Do I want to return to that?”

“There was a reason for me leaving. If I go back, the same problems are there waiting. Luckily the test didn’t work out.”

I entered F1 in 1991. It took me seven years to win a race. The same thing could ave happened. I’m not going to lose for seven years again. After winning two championships it worked out well.”