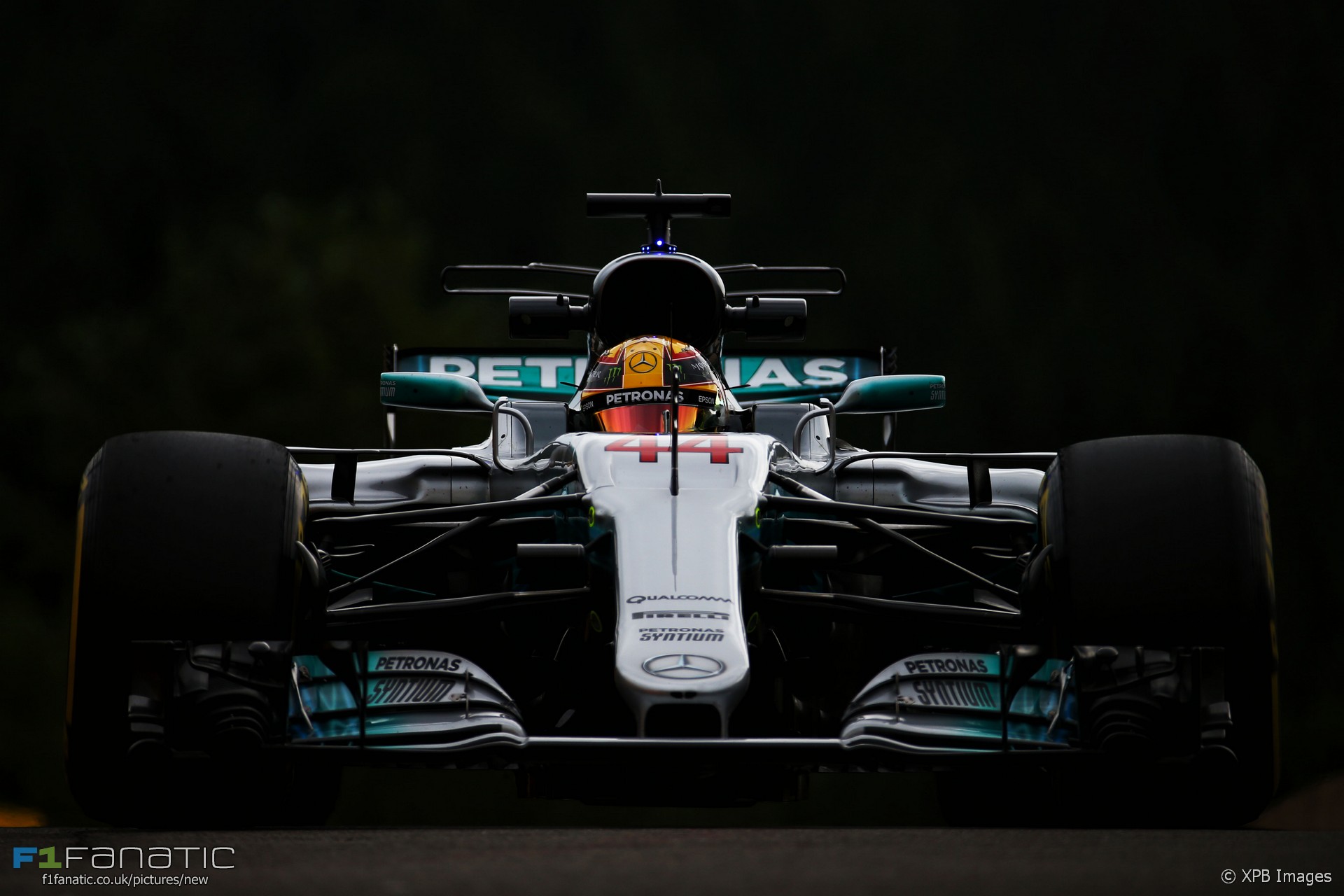 Seeing a Mercedes on top of a timing screen has been so commonplace over the last four seasons that it’s become something we take for granted.

But in 2017 the opposition has got closer. And as teams have different priorities the silver team haven’t always been the ones one top of the times in second practice. Today was only the fourth time it’s happened all year.

The other three tracks where Mercedes headed the second practice times were Catalunya, Red Bull Ring and Silverstone. These along with Spa all share similar characteristics and demand a chassis with good aerodynamic efficiency and performance in mid-to-high speed corners.

It all backs up the pre-race expectation that Mercedes would be the team to beat here. Lewis Hamilton said they had “one of our strongest Fridays so far this season” today.

The up-rated power units for the long straights allied to a new low-downforce configuration appears to be paying off. Come Saturday we can expect the team’s qualifying performance advantage will make it hard for their rivals to contest them for the front row.

Kimi Raikkonen led Ferrari’s attack today as Sebastian Vettel admitted he hadn’t got everything out of his car over a single lap. The race simulation runs were curtailed by rain, so a question mark remains over whether the red team will have anything for their rivals over a race stint, particularly on the ultra-soft tyres.

Renault’s Jolyon Palmer did the longest run on the softest available tyres, logging a maximum of 16 laps on one set. In a continuous stint his lap time rose by two seconds over 11 laps, indicating the teams won’t be able to run for long on this tyre on Sunday.

Red Bull attempted to bridge the gap to the top teams using a low-downforce Monza-style package on Daniel Ricciardo’s car, including a thin rear wing. This helped him set the fastest times through the first and third sectors, but he lost too much in the middle of the lap where he described his RB13 as being like “an F3 car”.

“We tried, I would have liked it to have worked but it didn’t,” he admitted. “At this stage it isn’t competitive to go with it.”

However Max Verstappen demonstrated the team is in decent shape with a more conventional set-up. And with more rain possible over the next couple of days, it could yet turn into a good weekend for Red Bull.

16 comments on “Mercedes running true to form after “strong” Friday”