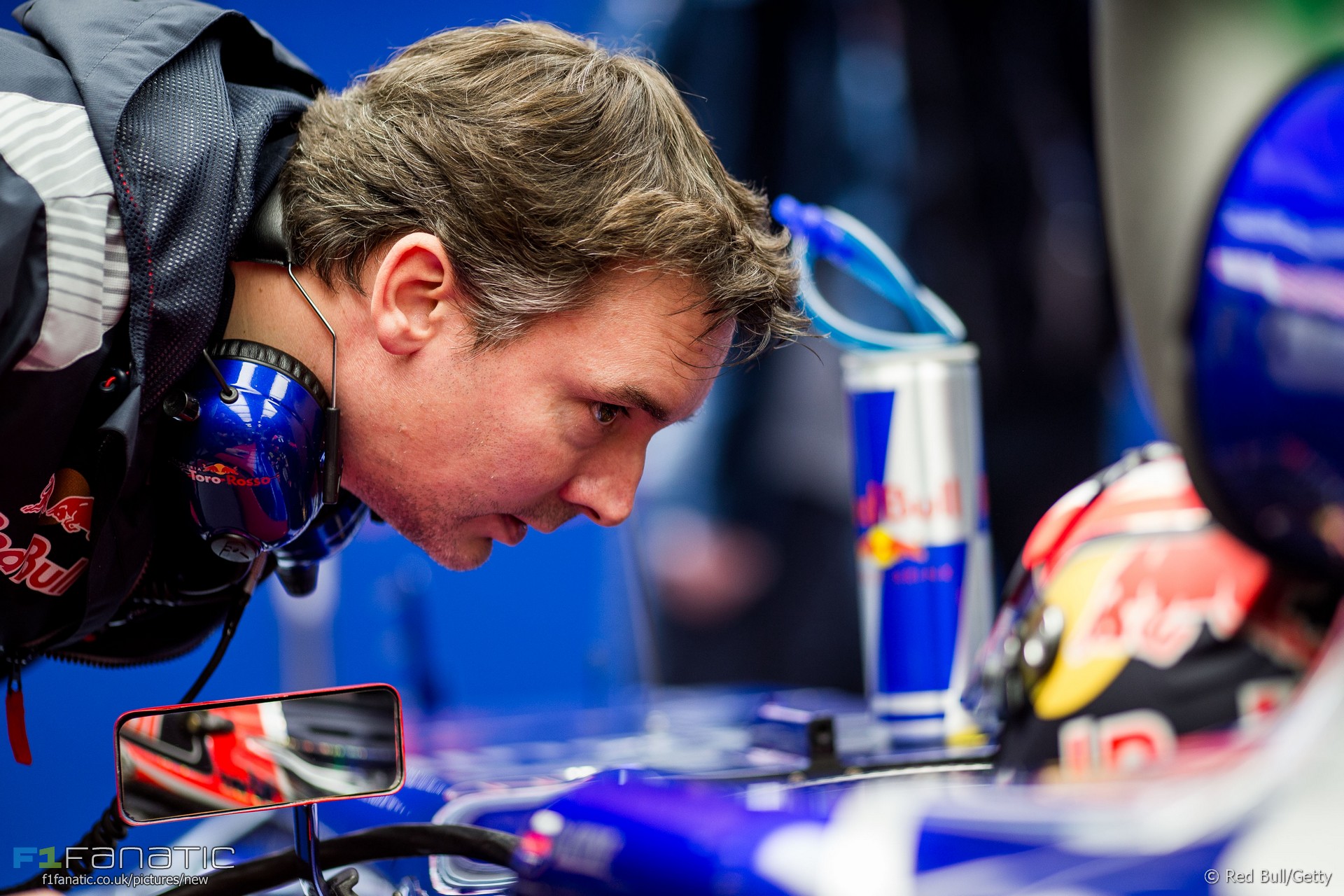 Toro Rosso’s highly-rated designer James Key has signed a new contract to extend his stay at the team.

Team principal Franz Tost described Key as a designer who can ‘make a difference’ in taking the team foward.

“Not only has he been adept at producing chassis-aero packages that are well regarded throughout the paddock, he has also shown the management skills necessary to get the most out of all the various departments that work together both here in Faenza [in Italy] and in Bicester [in the UK],” said Tost.

“James will be with us for the foreseeable future to continue this fruitful process,” he added.

Key said Toro Rosso is a “unique” team which has “the challenges of being spread over two countries and fulfilling the roles of both a team in its own right and an important part of the Red Bull driver programme.”

“They are challenges that the team takes in its stride and, whilst doing so, continues to grow and improve year on year.”

Most importantly, the people I have had the pleasure to work with at STR are second to none: professional, ambitious and focussed, they have all worked incredibly hard to improve the team’s performance and will continue that hard work with the same dedication and optimism in the coming years too.”

Key joined Toro Rosso five years ago. He arrived at the team having spent two years at Sauber, prior to which he worked for Force India.

Key is already at work on Toro Rosso’s 2018 car which will be called the STR13.