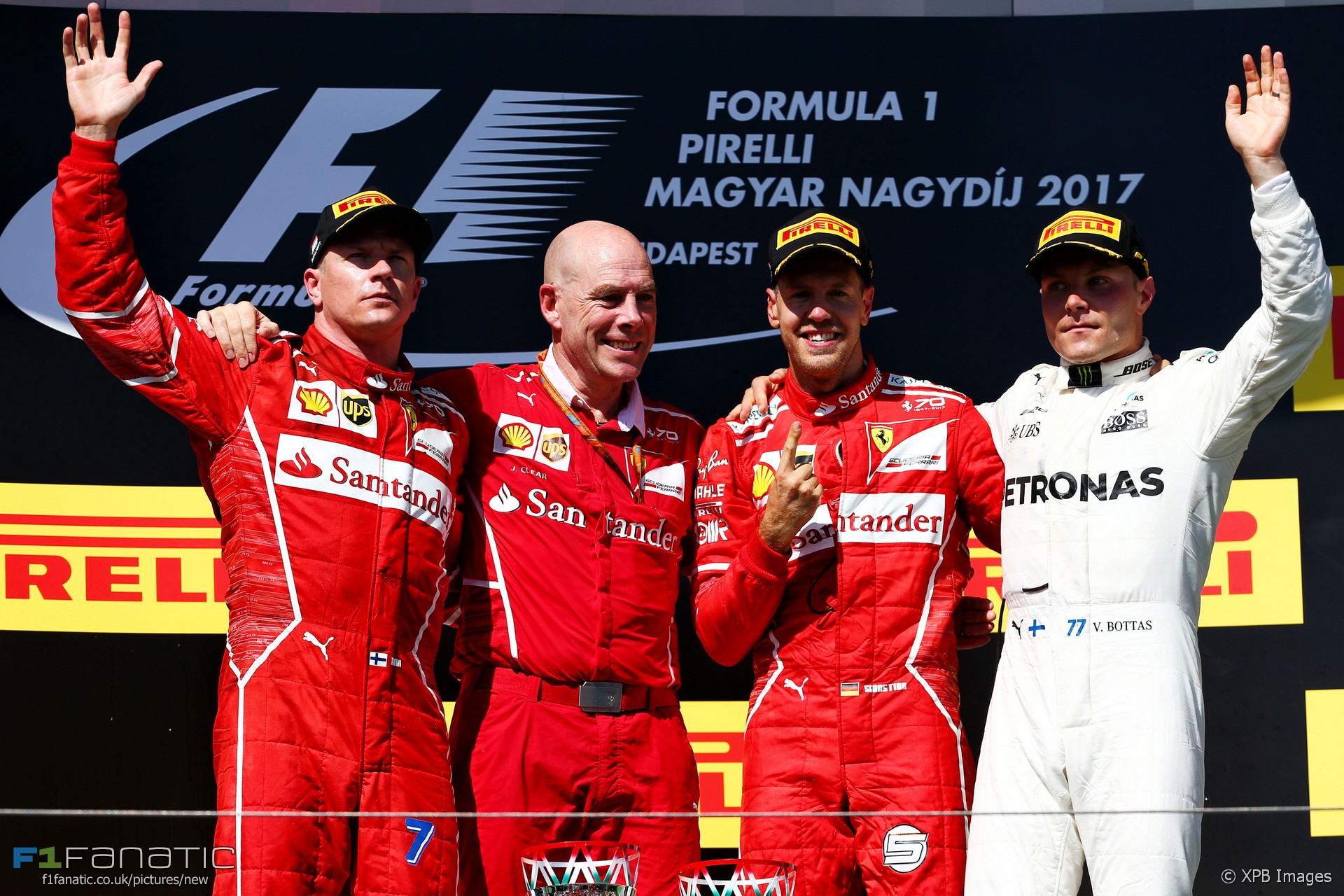 The last-lap exchange of positions between the two Mercedes drivers was good news for nine players in the Predictions Championship.

By promoting Valtteri Bottas to third place, Lewis Hamilton ensured these nine all scored a maximum 50 in last weekend’s round.

The prizes for the top three players were decided using the pole position time tie-breaker. That meant @Carbonfibershredder took the top prize, @VarrietiX70 came second and @Oscar. Commiserations to @V3gard, @Skrappli, @Chaitanya, @Etiennecout, @BrianFrank302 and @F1azzer who narrowly missed out on prizes.

This was a high-scoring round for many players, though not for @Nicolakildunne who boldly predicted a Felipe Massa-Jolyon Palmer-Lance Stroll podium. Impressively, @Nulli-secundus scored 31 points for the second race in a row, and moved into second place in the championship behind @Abcmarco.

We’ll pick up again after the F1 summer break when there’ll be more great stuff to win every race weekend and we’ll discover who will claim the top end-of-year prizes.

The F1 Fanatic Predictions Championship is free to enter. You will need an F1 Fanatic account to place so sign up here if you haven’t got one.