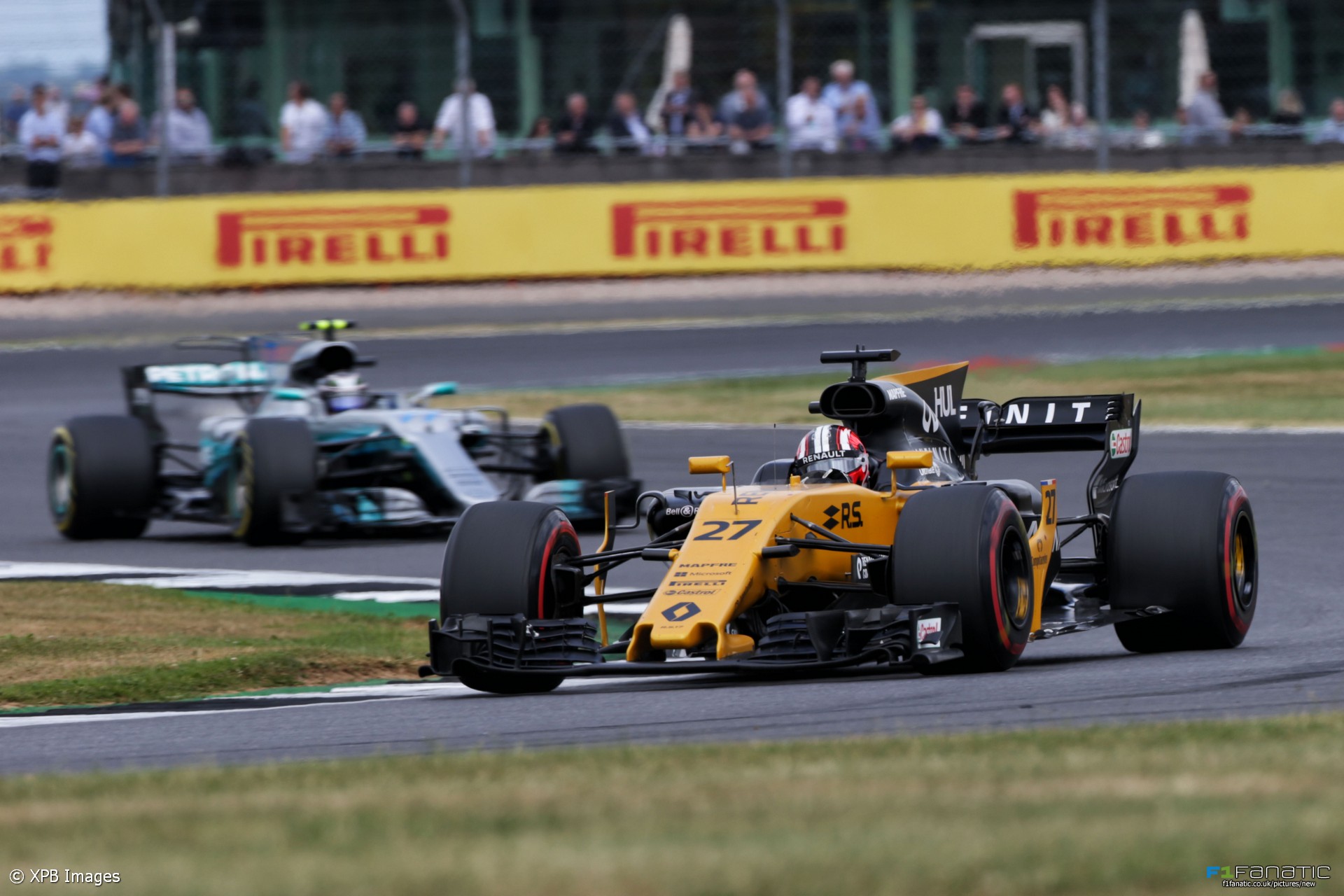 Renault say the new aerodynamic package they introduced at Silverstone was a “big step forward” for their RS17.

Nico Hulkenberg was the only one of the teams drivers to use the new floor at the British Grand Prix. He started and finished sixth, equalling the team’s best result so far this year and improving on their best qualifying position.

“We had significant aero upgrades in Silverstone and we expected to see improvements in overall grip and stability,” said chassis technical director Nick Chester.

“We made the car more drivable with more downforce. It took a big step forward and we could see that in the measurements made in the car, so we are reasonably confident this will carry forward.”

Hulkenberg’s efforts to hold off Daniel Ricciardo’s Renault-powered Red Bull for fifth failed after a power unit problem. The team’s other car failed to start the race after Jolyon Palmer experienced a hydraulic shutdown on the formation lap.

“It was something as simple as an O ring in the hydraulic system,” Chester explained. “We’ve been investigating thoroughly to determine why it failed to ensure we don’t see this again.”

Chester said both cars will have the new floor at the Hungaroring ring. “We will evaluate updated front bodywork and a modified cooling package,” he added.

“It’s critical to back up this improvement with both cars finishing in the top ten in Hungary,” he said. “we want to finish the first half of the season on a positive note.”

“To achieve this, we need to put behind our reliability problems. We know our situation and the areas which require more attention.”

Renault is yet to announce its plans for its post-Hungarian Grand Prix test, amid mounting speculation it could give Robert Kubica his first run in a current-specification F1 car since his 2011 rally crash.

9 comments on “Renault made “big step forward” at Silverstone”